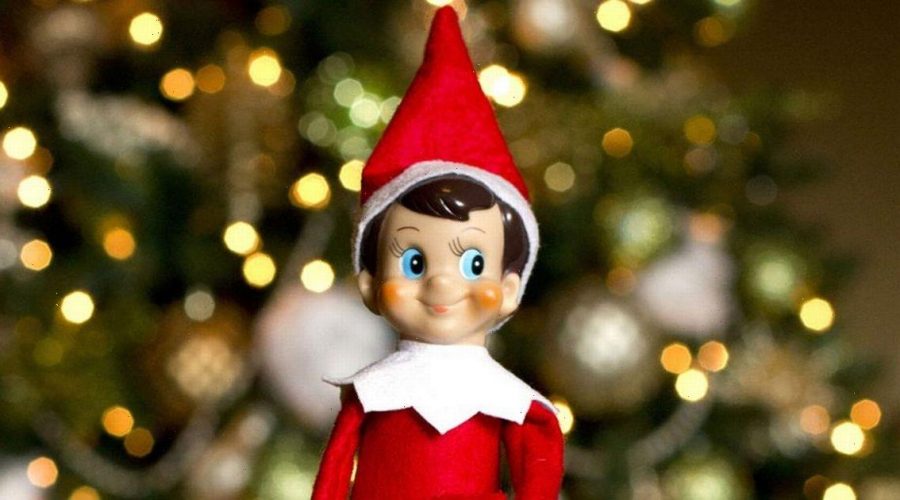 The Elf of the Shelf officially arrived from the North Pole for the first day of advent yesterday in most households.

In case you aren’t sure of the story, Santa’s cheekiest spy is delivered to keep an eye on things until Christmas Day.

Each night, he travels back to Mr and Mrs Claus to report on his findings where names can be added to or taken off the nice and naughty list.

However, with 23 more Elf scenarios between here and the big day, even the most creative of parents can be left in need of some inspiration.

The elf might just sneak into your little one's pyjamas if they are left out.

He might even leave a note saying what he thinks of them and whether they were comfy or not.

It'll be like a mini Christmas Day when the elf makes the packed lunch for school.

Obviously, it wouldn't be North Pole inspired without some wrapping paper.

The elf could make a clever Christmas card wreath of all the cards received in your house.

He might then even include an invitation for you to write a set of your own for friends and family.

He found his elf had got hold of a Sharpie and been drawing all over the eggs.

Involve your pets in the annual tradition with this fun set up, which sees the elf being discovered trying to sneak a treat from the dog biscuit jar.

Kids will love waking up to this fun game arranged by the elf.

He cheekily hides a treat under just one of the cups.

Up and away elf

This is admittedly a little harder to pull off, but the elf could bring in some helium balloons to fly back to the North Pole.

Children will be amazed to wake up to find him literally floating in the air.

Where can you buy Elf On The Shelf?

There is a range of places you can purchase the adorable Elf On The Shelf.

Elf On The Shelf does have its own official website where you can purchase one for £19.95. This includes an illustrated storybook, keepsake box, official adoption certificate and adoptable scout Elf.

And right in time for Christmas, they've also just released some exciting new additions, including The Elf on the Shelf’s The Night Before Christmas, a retelling of the beloved Christmas classic.

Elf On The Shelf rules

There are only two rules when it comes to Scout Elves.

Children are not allowed to touch the elf as his/her Christmas magic is fragile, and he/she is unable to fly back to the North Pole.

The second rule is children can't talk to the Scout Elf as he/she isn't able to respond when anyone in the household as he/she is watching and listening in order to report back to Santa Claus.