BB Comics makes its triumphant return with all-star superheroes like Janelle’s The Bombshell, Enzo’s The Meow-Meow, Dani’s The Regulator and Bayleigh’s Comet!

It’s become a fan-favorite and a staple of the show, but for several of the “Big Brother All-Stars,” this was their first chance at playing in a BB Comics competition.

With five people left in the house, it was also an essential victory for nominees Christmas and Memphis. Christmas, in particular, believes she has a solid Final 3 with Memphis and Enzo, so losing him would put her and Enzo against Cody and Nicole.

Of course, that’s not how it is at all. 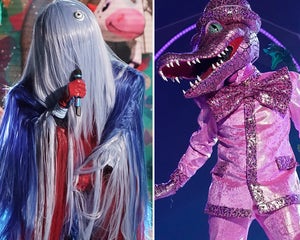 The truth of the matter is that lying is a part of this game, and there are two huge lies looming right now, aside from all the alliances that not everyone knows about, and Cody and Enzo are at the heart of both. It’s just further proof that this Final 2 has been running the game since the very beginning.

One of their lies has to do with Memphis, who believes his “boys” have his back. What he doesn’t know is that Enzo told Cody about the other Wise Guys with Christmas. He thinks Cody is totally on board to save him as a Wise Guy, but Cody isn’t so sure he can trust him.

At the same time, and here’s where the other lie comes in, Cody and Enzo aren’t entirely sure that evicting Memphis is their best game move, either. If they keep him in the house, then their Wise Guys is in tact, without Memphis ever knowing Enzo spilled the beans to Cody.

It would also mean that they’ve got Memphis loyal to them and Nicole loyal to them sitting on either side of them, as the only true duo left in the house. Technically, Cody has a Final 2 deal with everyone in the house, while Memphis and Enzo also have one, but those are secondary to The Root (Cody and Enzo). 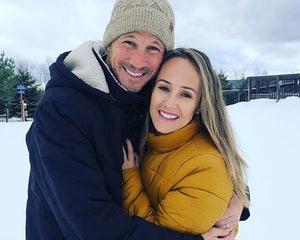 To Veto or Not to Veto

That gave Nicole all the power this week and a huge decision to make. Even as Cody and Enzo were realizing that as the only two votes this week, they had the ultimate final decision as to who goes home, Christmas was laying it out for Nicole.

Should she risk pissing off her alliance with Cody and Enzo — knowing they were more loyal to her than each other — by taking Christmas off the Block and putting one of them up? Or should she risk them voting Christmas out, leaving her in a house with three guys who will not want to take her to the end?

Memphis has no deal with her and she all-but-knows Cody and Enzo have a Final 2 with each other. Honesty, she doesn’t have a great choice to make here and we weren’t privy to conversations she might have had with the boys, but she may have had a better shot of getting Memphis out if she’d swapped Christmas with Enzo.

Sure, it would upset Enzo, but there’s no way Cody would vote to vote him out. Then, even if Christmas did in a misguided effort to be loyal to Memphis, Nicole would be the tie-breaker and could make sure her target goes home.

Her worst case scenario there is if Enzo somehow goes home, but then she’s eliminated Cody’s number one guy and set up a girls versus guys ending should Cody and Memphis decide to solidify an alliance. Of course, that would also mean trusting Christmas, who did try to evict her during the triple.

It’s easy to see the paranoia driving the Houseguests crazy, as we’re going crazy just writing about all the possible scenarios. We’re still not sure she made the right move not using the Veto, because it did give the boys final say as to who goes home. She can only hope. 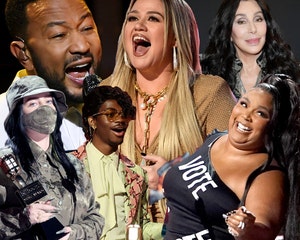 2020 Billboard Music Awards: The Most Viral Moments of the Night!

Cody Calafiore continues to run this house like he built it. He’s played a nearly perfect game from start to finish, been a part of every major alliance that meant anything. His strategic Final 2 with Enzo has been the perfect behind-the-scenes complement to his own gameplay to create a smooth path to the finale. Grade: A+

Enzo Palumbo has played as masterful a game as Cody, just not as flashy. At this point, Cody is probably the only person who could beat him, and even that wouldn’t be guaranteed, dependent on how good Enzo is at pitching his game. He was the master of intel and relationships all season long. Grade: A

Nicole Franzel may have just made a fatal mistake that seals her game by giving the boys all the power as to who goes home this week between Memphis and Christmas. But no matter what happens, she’s got a very challenging road ahead of her. If Christmas goes home, it’s just shy of impossible, with winning Veto next week her only shot at staying, we’d guess. Grade: C+

Memphis Garrett may have just been given a last gasp of breath, though it’s still a pretty dead heat as to where the votes will go. But keeping him in the house is what’s best for Cody and Enzo, as he likely won’t gun for either of them this next week. He’s been known to go rogue, but we’re pretty sure he’ll want the former winner gone first. Grade: D

Christmas Abbot might not be Nicole’s target, but Nicole isn’t the one voting. The only thing that could save her is if Cody and Enzo care to stay in Nicole’s good graces. With only four people left in the house and Nicole unable to play next week, they may decide it doesn’t matter and just play what’s best for their game. Then, Christmas is out and Nicole is in huge trouble. Grade: D-

Cheryl Burke and Matthew Lawrence Recall Her Alcohol Battle Lows: 'He Has Seen Me at My Worst'

Got a story or tip for us? Email TooFab editors at [email protected].