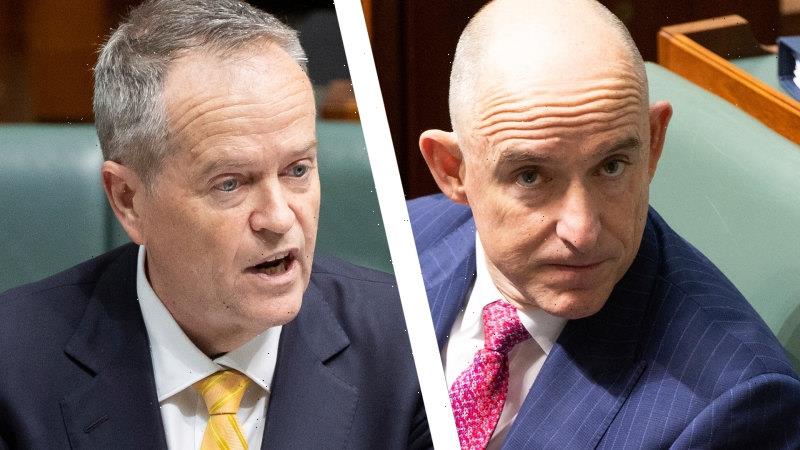 Shorten warned against “corruption” after telling parliament in question time he had asked the head of Services Australia and the chief executive of the National Disability Insurance Agency to check the contracts after this masthead reported the links to Robert. 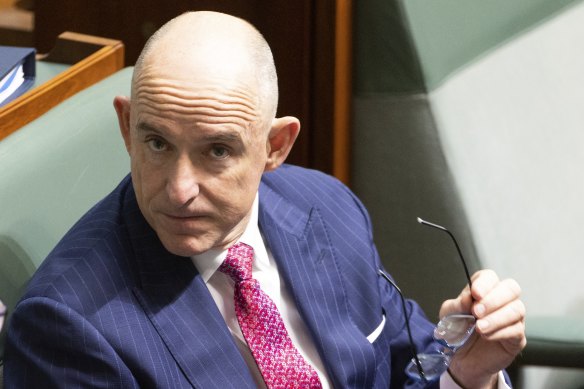 Shadow assistant treasurer Stuart Robert during a division in the House of Representatives on Thursday.Credit:Alex Ellinghausen

As Robert interjected, Shorten said the revelations about the Liberal MP’s conduct in helping Synergy 360 and its owners, John Margerison and David Milo, raised questions about the contracts.

Margerison is a close friend and former business partner of Robert while Milo is also a friend of Robert, a former cabinet minister.

“I’ve asked the CEO of Services Australia and the CEO of the National Disability Insurance Agency to immediately and thoroughly investigate any of the contracts awarded to these companies and individuals named in these reports, to assure me and the Australian people that the process was entirely above board and appropriate,” Shorten told parliament. 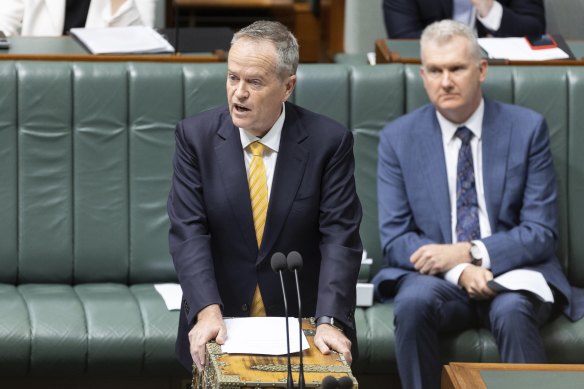 Bill Shorten said “the job of an MP is to work for your constituents, not your former business partners”.Credit:Alex Ellinghausen

“And in conclusion, I just want to say to Australians listening to this: the Albanese government believes that the job of an MP is to work for your constituents, not your former business partners.

“Further, we believe that when there is clear lobbying, as revealed by the emails, companies are required to be on the lobbyist’s register. This is not an option.

“But most importantly, using public office as a politician to enrich your private friends and mates, including political donors, is not a shade of grey.

“Whether you are a backbencher or a frontbencher is not a defence. If and when public office has been used to enrich private mates, it is corruption.”

Leaked emails show Robert used his status as a federal MP in 2017 and 2018 to help Synergy 360 sign up corporate clients with the promise of helping them navigate the federal public service and political system and meet key decision-makers, including senior Coalition ministers.

This masthead is not suggesting Robert was an employee of Synergy 360 or was paid for his advice and assistance.

Roberts interjected while Shorten was speaking and stood in parliament at the end of question time to reject the claims being made.

Citing the report by this masthead on Thursday, the Liberal MP said he was a backbencher at the time of the emails six years ago.

“I reject outright the accusation and innuendo,” he said.

Robert told parliament that all ministers understood the procurement process and how it was run by the public service, then questioned the motivation of Shorten in raising the issue by pointing to the fact that both men were due to appear on the ABC’s Q&A program on Thursday night.

Robert has acknowledged his business relationship with Margerison in the past but said he no longer had a stake in JM National Property, a company in which they both held stakes in the past.

Asked if he had helped Synergy 360 and its clients get contracts in the federal government, Robert said on Wednesday: “Of course not. What a load of rubbish.”

The email exchanges occurred during a period when Robert was a backbencher, after his removal from the ministry in February 2016 and before he was restored to the ministry in August 2018 when Scott Morrison, one of his closest friends in parliament, became prime minister.

While prime ministers apply a code of conduct on ministers to avoid private lobbying or conflicts of interest, there is no similar code for backbenchers.

Independent MPs called on Thursday for a code that governed all parliamentarians, not just ministers.

“This is something we’re actively working on as part of the Parliamentary Leadership Taskforce,” said the independent member for Warringah, Zali Steggall.

“When I arrived in parliament, I was surprised that there was no code of conduct because in all other occupations I have had in the past we have had one.

Kate Chaney, the independent MP for Curtin, said the code was being developed by a joint parliamentary committee that was looking into parliamentary standards.

“Without commenting on the specifics of Stuart Robert’s situation, I would be in favour of the code of conduct making it clear that parliamentarians’ first duty is to the Australian public and clarifying expectations of behaviour,” she said.

“Well, I don’t know what the allegation is that’s been made here and I’ll leave Stu to respond to that,” he said.