Ivan Hall left Paradise on the Sept. 28 episode of ‘Bachelor in Paradise’, and it all stemmed from him breaking a big show rule and sneaking out to see another contestant.

Even though Ivan Hall went into the fourth rose ceremony on Bachelor In Paradise worrying about whether or not he’d receive a rose, it wasn’t his lack of connections that sent him home. During the cocktail party, Wells Adams pulled Ivan aside for a serious discussion, and afterward, Ivan revealed that he was leaving the show. It all stemmed from an incident that went down during the Sept. 21 episode, when the cast had to evacuate the beach due to a tropical storm.

The Sept. 28 episode began with Ivan and Aaron Clancy going at each other over Chelsea Vaughn. Aaron was pissed that Ivan made out with Chelsea at the cocktail party, despite claiming he wasn’t going to go after any women’s roses if they already had a connection with someone. Ivan was also caught lying about the situation when he claimed that Chelsea pulled HIM aside to chat first, while it was really the opposite.

Finally, it was time for the rose ceremony, but before getting started, Wells addressed the group. “Something’s come up that I have to deal with first,” Wells said. “It’s something that happened last night at the hotel when we were sheltering from the storm. Ivan, can you come with me?” Wells told Ivan to just be fully honest with him and let him know if he had something to share. 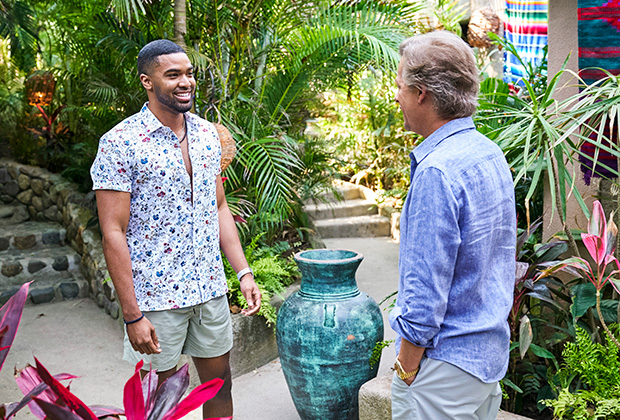 Ivan came clean. He said that when the group was sheltering from the storm in a hotel, he snuck out of his room and went to spend time with Alexa Caves from Peter Weber’s season of The Bachelor, even though the cast was prohibited from leaving their hotel rooms. “I was hoping she’d be brought down here at some point,” Ivan admitted. “That’s what I’d been hoping for since the beginning. We never met up and I was genuinely excited to meet her and get to talk to her. So I thought I was going to be going home and I wanted to meet her, so I just did it.”

Wells was confused as to how Ivan even knew Alexa was IN the hotel, since she hadn’t been brought on the show as a cast member yet. “There was a phone in my room and it was a producer’s phone,” Ivan explained. “It was just there, and it was the first thing on the screen — I didn’t go searching for anything — but it was a screenshot of the room numbers. I saw Alexa’s name and I got super excited about that and I made a real quick, impulse decision. We were talking on her balcony and we just hit it off like normal times.”

Ivan apologized for “going around the system”, and Wells urged him to confront the group with the truth. He explained what happened and apologized, and gave Chelsea a specific shoutout in his apology. However, he also claimed that, even if Chelsea did offer him her rose, he wasn’t planning on accepting it. “I realized in a short amount of time, I’m not in the mental space to be in Paradise,” Ivan said. “I’m kind of checked out. Under different circumstances, who knows what could’ve happened, but it’s best for me to leave Paradise. It’s been a lot and again I’m sorry to you all.” In the end, Ivan exited the show and admitted to being “selfish” by breaking the rules to meet Alexa. 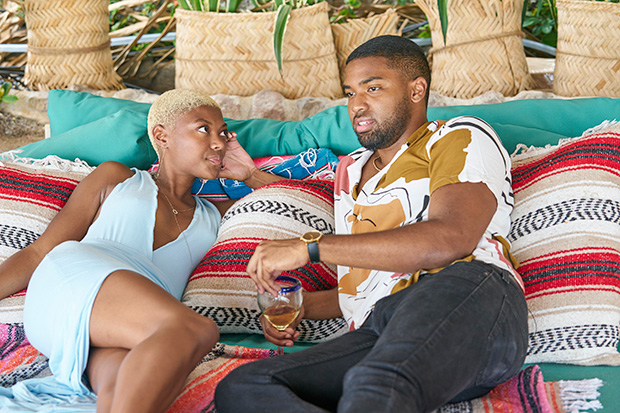 Ivan’s journey on Bachelor in Paradise was a bit all over the place. He started out the show hitting it off with Jessenia Cruz, and they even went on an intimate one-on-one date together. However, when Chris Conran arrived on the beach, Jessenia switched her focus. She ended things with Ivan to be with Chris instead.

Meanwhile, Ivan attempted to get to know Kendall Long, but she had a lot on her mind due to her ex, Joe Amabile, also being on the show. Although Kendall tried to make it work with Ivan, she was pretty devastated when Joe told her he was completely over her as he embarked on a new relationship with Serena Pitt. This led to Kendall leaving the show…and Ivan with no prospects left. He spent some time with Chelsea leading up to the fourth rose ceremony, but wound up getting eliminated due to his behind-the-scenes behavior before things got any further between them.

29/09/2021 Lifestyle Comments Off on BIP: Ivan Leaves The Beach After Getting Called Out For Breaking The Rules
Lifestyle