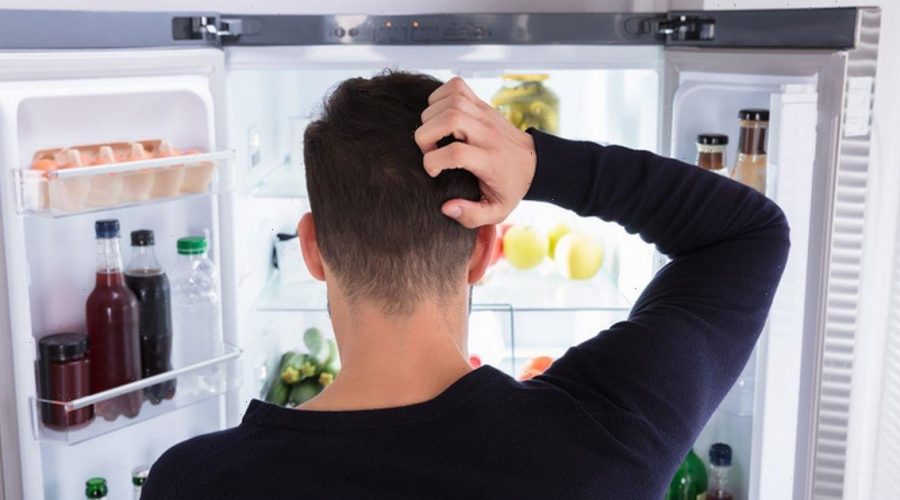 Get quick and easy recipes straight to your inbox

We’ve all done it – bought tonnes of fresh fruits and veggies only for them to go off within a day or two of entering our fridge.

And, with shortages of CO2 and HGV drivers some Brits have noticed gaps on the shop shelves or produce that’s not as fresh as usual when we get it.

Distribution firm Perishable Movements warned the Sun that items like salad are now being packed with less CO2 – a preservative that keeps it fresh.

And, they’re sitting in storage longer before reaching shops because of staff shortages in the trucker sector.

With that in mind it can be handy to know whether you’ll get sick from a gone off carrot or which moulds are dangerous.

And, which mouldy food is safe to eat if you just chop off the furry or green bits and crack on.

Root veg – like parsnips and carrots – and brassicas – like cabbage – are high in acid and low in moisture so mould can’t dig as far into it. This means that they can be eaten safely if you chop off the gross bits. Just make sure they’re not slimy!

Fruit is similar so just carve off the affected piece and chow down.

According to the MayoClinic: “Mould generally can't penetrate far into hard and semisoft cheeses, such as cheddar, colby, Parmesan and Swiss.

“So you can cut away the mouldy part and eat the rest of the cheese. Cut off at least 1 inch (2.5 centimetres) around and below the mouldy spot.”

Soft cheeses like Brie or Camembert already have a skin of mould called the bloom around them and blue cheese obviously if filled with mould. This is usually a type of penicillin.

Food safety consultant Jill Taylor told the Sun: “When you have a cheese-board and you store different cheese in the same box in the fridge, the hard cheese like Cheddar will get a white mould growth which has spread from the Brie, Camembert or Stilton.

“That is perfectly fine, as long as it’s just white, fluffy mould with no pink, blue or green colour and as long as it doesn’t look slimy. Just cut it off.

“Throw that in the bin and the rest of it should be fine. If the cheese is slimy, get rid of it, because there may be bacterial growth and toxins.”

Salami, prosciutto and similar charcuterie meats also usually have mould and bacteria added to them white curing so it’s unlikely to be affected inside.

But, you shouldn’t eat them past their best before date.

Normal meats like chicken or beef should be thrown away at any sign of mould or smell.

You do not want to end up with food poisoning.

We’ve all seen our bread go green on occasion and it can be very off-putting, but it’s unlikely to hurt you. If there’s just a few spots of mould then cut them off and you can eat the rest of the bread.

If bread is very mouldy or soggy though then you should chuck it away as it might harbour dangerous bacteria.

Jam and marmalade often stick around in the fridge for weeks at a time so you might spot the occasional fluffy bit on top.

Mould expert Patrick Hinkey said on a BBC documentary that jam with a thin layer of mould can be salvaged if you scoop the mould out and a few centimetres below the affected area for good measure.

But, jam can sometimes host dangerous toxins if they do mouldy.

But, theFood Standards Agencyadvises against eating food that is obviously rotten or contains mould.

This is hard to do with soft foods like jam as the mould may have penetrated deeper than you thought.

So, vulnerable groups shouldn’t apply the scrape and eat method to be on the safe side.

You’ll know if your eggs have gone off because they’ll reek when you crack them open and may also look black.

Throw them away – you won’t be tempted to eat them anyway.

Leaves like lettuce, rocket or watercress should not be eaten if they’re mouldy or gone off and you’ll be able to tell because they’ll be wilted, soggy or smelly.

Are you happy to eat food with a little bit of mould? Tell us in the comments…

28/09/2021 Lifestyle Comments Off on Bread, veg and cheese safe to eat when mouldy, but other foods could harm you
Lifestyle