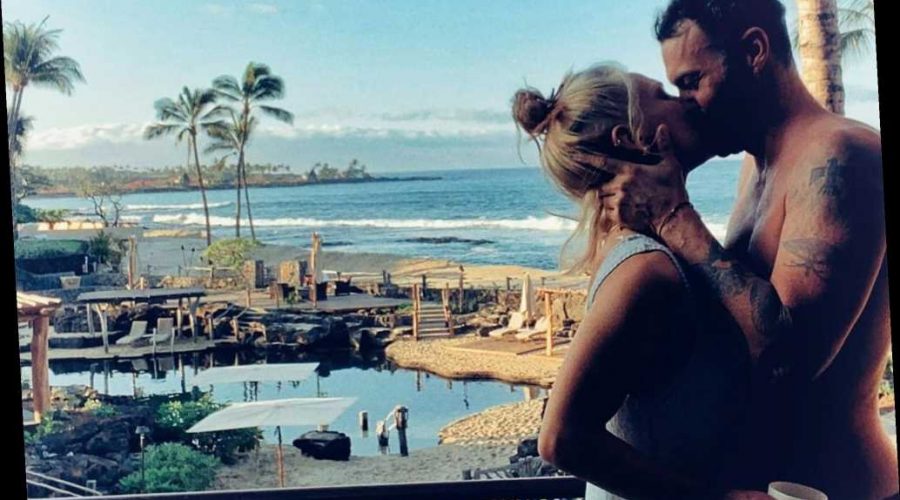 6 celebrities who had the worst year ever

She “bagged” herself a BAG.

“Dancing With the Stars” pro Burgess, 35, shared a PDA pic of the pair Monday, captioning it simply, “Him.”

“Omg omg omg. I have no words,” ex-“DWTS” pro Jenna Johnson wrote in the comments, with Peta Murgatroyd adding, “There they are. LOVE you guys.”

Green, 47, and Burgess were first linked over the holidays when they were snapped catching a flight at LAX on Christmas Day, according to pictures published by the Daily Mail.

“I actually am not on the market anymore,” Burgess told Us Weekly earlier in December, adding, “But it’s very new and very, you know, it’s dating, essentially. No one’s calling us a relationship yet.”

By the new year, they were sharing pics from what Burgess called the “best vacation in a lifetime.” Green went more philosophical in his update, posting a beach pic of himself and writing, “Aside from my kids nothing reconnects me to life like the sound of the ocean.”

In May, Green confirmed that he and wife Megan Fox had separated; the actress filed for divorce in November.

The actors are the parents of three sons: Noah, 8, Bodhi, 6, and Journey, 4, while Green also shares 18-year-old Kassius with ex-fiancée Vanessa Marcil.

Meanwhile, Fox has moved on with Machine Gun Kelly.