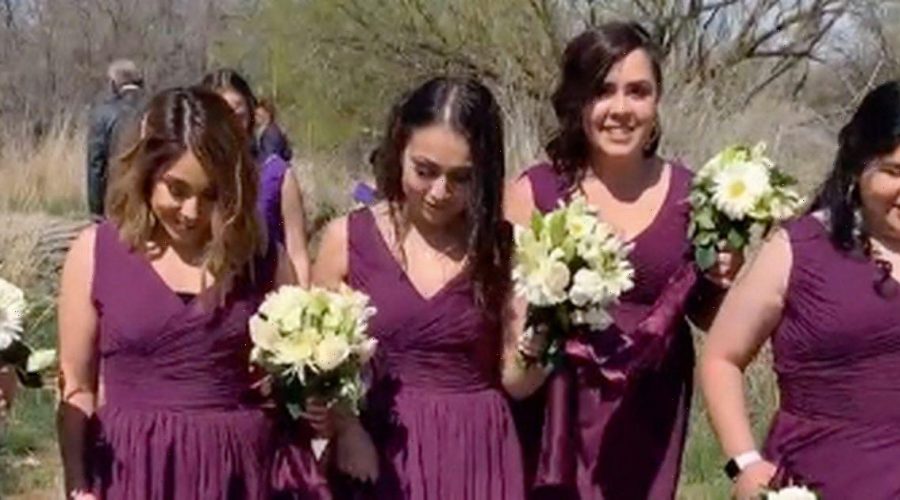 A newlywed’s bridesmaids have been slammed online after purposefully breaking the bride’s dress code on the big day.

The video, which has been viewed more than 8.5million times, shows five bridesmaids dressed in purple gowns… and purple Crocs.

And, the clip is captioned: “When she said no to crocs.”

But, instead of laughing along most of the comments supported the bride and said that the women were being “disrespectful”.

One person wrote: “Y’all realise it’s not your wedding.”

“I would’ve cried, not funny at all,” another fan stated in the comments.

“I hope y’all brought a change of shoes,” a third commenter added.

“The disrespect is real… you would not be in my pictures… it is not hard to respect wishes.”

The poster, @gabyrojas992 , clarified the situation in a follow-up video.

She said that the bridesmaids did bring their correct shoes to the wedding as well.

Gaby noted: “We had heels during the ceremony and showed up to pictures in our crocs.”

In the clip a series of wedding photos were shown.

The first snap showed the bridesmaids – wearing their Crocs – with the bride.

In the others the bridesmaids are holding the banned shoes, but appear to be wearing sandals instead.

But viewers weren’t happy with the response.

“It doesn’t even matter that you wore heels during the ceremony, those are her pictures,” an angry follower wrote.

While another noted: “Y’all made her pictures so tacky.”

And, another added: “Girl paid THOUSANDS for photography and y’all couldn’t have saved the joke for the reception?”