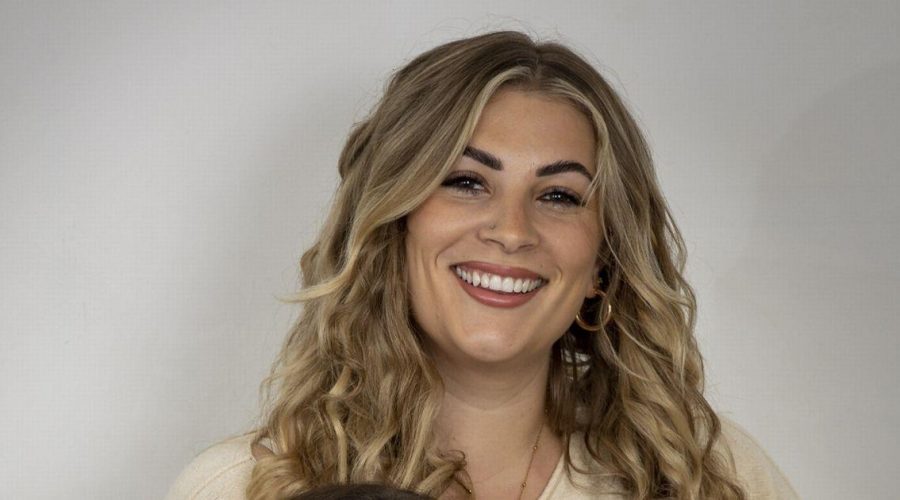 A woman is believed to be the UK's youngest grandmother at 33 after her 17-year-old daughter gave birth last week.

Gemma Skinner, 33, said that nurses thought she was the baby's aunt when her granddaughter was born.

The mum-of-three doesn't like to be called "nan" and "granny" but couldn't be more delighted about the new addition.

Although she loves being out with her granddaughter, she claimed many think she's the mum of week-old Larosa Maè.

The parent was 16 when she had Maizie and she has two other daughters, 10-year-old Gracie and four-year-old Bella.

When her eldest daughter fell pregnant she was initially worried after remembering how difficult it was being a young mum.

Gemma told The Sun: "I did the school run with the baby this week and someone came over to me and asked if she was mine.

"I had to explain that she's my granddaughter and they were quite shocked.

"Everyone has assumed she is Maizie's younger sister so we have to keep explaining that she's actually her daughter.

"People mistake me for her mum all the time."

Despite feeling worried when her daughter told her she was pregnant, Gemma wouldn't change it for anything.

Maizie went into labour last Saturday and after a difficult birth, the baby was born weighing 8lb 4oz at 1.20am on Sunday.

The head was out of the body for three minutes during a "very traumatic" labour for Maizie.

She welcomed her baby Larosa Maè with her 19-year-old boyfriend Jack Weir.

The couple are both now in the family home in Buckinghamshire so the gran can help out with childcare.

Gemma said it's been really good as they're a close-knit family, claiming it's lovely for the baby to have so much around her.

And the gran added her two daughters are enjoying being aunties.

But Gemma claimed her own mum was not ready to be called great-grandmother when she's in her 50s.

Maizie said: "She just hugged me and told me it would be OK and supported me from then.

"I don't know where I would be without her.

"She's teaching me everything I need to know and more and I’m so grateful for her."