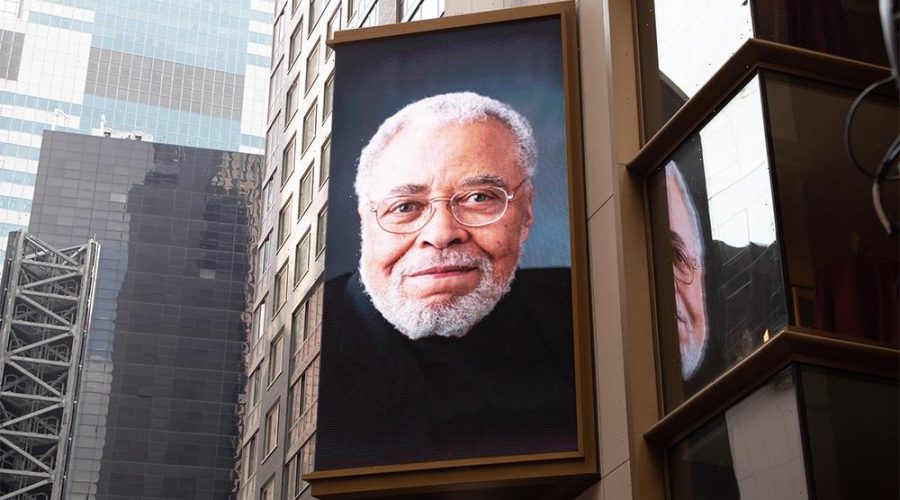 In 1958, an unknown actor spoke just one line from the stage of the Cort Theatre on Broadway: “Mrs. Roosevelt, supper is served.” Then, a 27-year old James Earl Jones could barely make it through his five words. His stutter had yet to smooth into a defining voice.

On Monday afternoon, in a ceremony attended by Samuel L. Jackson, Phylicia Rashad, Debbie Allen and Mayor Eric Adams, that same theater was rededicated in honor of the now 91 year-old actor.

“I spoke my first line ever on Broadway in this theater,” Jones said in a video played during the ceremony, taped when Jones and his family toured the renovated theater privately. “I was a kid,” he said from the stage, looking out to an empty audience.

Announced in March, the Shubert Organization — engaged in a $45 million renovation of the aging Cort — pledged to rename one of its 17 theaters in honor of a Black artist. The pledge came as one of several promises made in the New Deal for Broadway, a far-reaching agreement brokered by the Rashad-led advocacy organization, Black Theatre United. Jones, an EGOT-winner who has appeared in 21 Broadway shows over his career, joins playwright August Wilson as the second African American whose name now adorns a Broadway theater.

This fall, “Ohio State Murders,” an Adrienne Kennedy-penned play starring Audra McDonald, will be the first to open in the new venue.

“If you were an actor or aspired to be an actor, if you pounded the payment in these streets looks for jobs, one of the standards we always had was to be a James Earl Jones,” Jackson, who directs and stars in a revival of Wilson’s “Piano Lesson” on Broadway this fall, said during the ceremony.

“Children that don’t know who he is, kids who only know him as Darth Vader or from ‘The Lion King,’ will have an opportunity to come to a theater that’s named after a man who stood for excellence,” Jackson continued. “To have his and August Wilson’s name on the Great White Way is a very important thing.”

In an industry marked by the impermanence of its art form, the dedication of a theater — the only title on a marquee that lasts and the rarest of honors — is a declaration of permanent legacy.

“We used to crowd around the television and watch him as children. In 1969, it was a different country,” Adams said during the dedication, referencing Jones’ appearance as the first celebrity guest on “Sesame Street.” “We couldn’t stand like this together. Jones pushed through, and because of that no one will walk down this block again without looking up and seeing James Earl Jones.”

“When the lights are on Broadway, they’re on in America,” the mayor concluded, unable to resist an indulgent quip. “And there is no more of a moment for Broadway to be back than to have a nightlife mayor who enjoys it.”

Of the theater luminaries in attendance, including Brian Stokes Mitchell, LaChanze, Norm Lewis and playwright Suzan-Lori Parks, many reflected on Jones’ indelible influence on their careers.

“The first play that I saw was ‘Fences,’” said Tony-winning director Kenny Leon of Jones’ performance in Wilson’s seminal American play. “I was a country boy from Tallahassee, Florida, came here as a National Endowment for the Arts fellow, and I saw ‘Fences.’ It changed the directory of my professional life.”

“On stage, Jones was commanding, powerful. He embodied the elegance and dignity of African American men,” said Leon, who directed a 2010 revival of “Fences” starring Denzel Washington and Viola Davis. “Culturally, that performance changed me. It said to me that I belonged in the theater at all.”