The £700 system drags you out of your slumber by effectively inflating an airbag underneath you.

Consisting of a bag, air pump and a timer, the device is a pillow-sized air mattress that is placed under your bed sheet or mattress.

In the video of the device in action, the large pillow can be seen inflating in a matter of seconds.

After a few moments later the device slightly deflates.

But seconds later can be the device automatically blows back up in a bid to keep the person awake.

The aggressive device not only abruptly wakes you up by creating a large arc in your spine but also blasts loud noises.

And if that won’t motivate you to wake up, the only way to turn the device off is by pressing firmly on two separate buttons.

But after receiving such a great response, the company now offers it to members of the public for a hefty price. 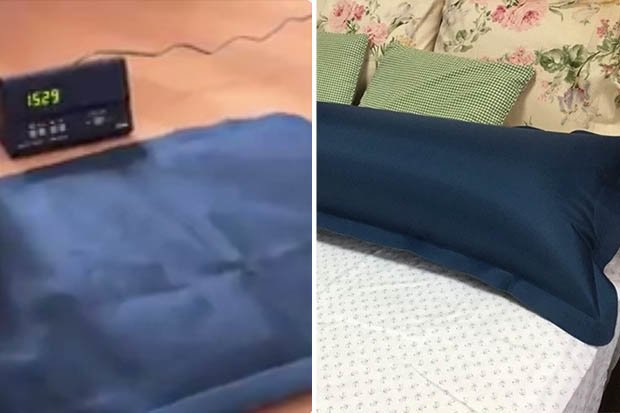 The company says it’s designed not to cause serious injury.

The video of the device in action was uploaded to Twitter by a self-professed “Lethargic IT engineer” with the caption: “Because I am a weak people in the morning, I bought Yasagiri.”

They later stated: “I felt like using it, rather than an alarm clock, it is a torture device with a timer, so it can wake up all humanity.

“It is a saviour of the weak people in the morning, this is.”

It comes after sex robots will “replace romantic partners by 2050”.