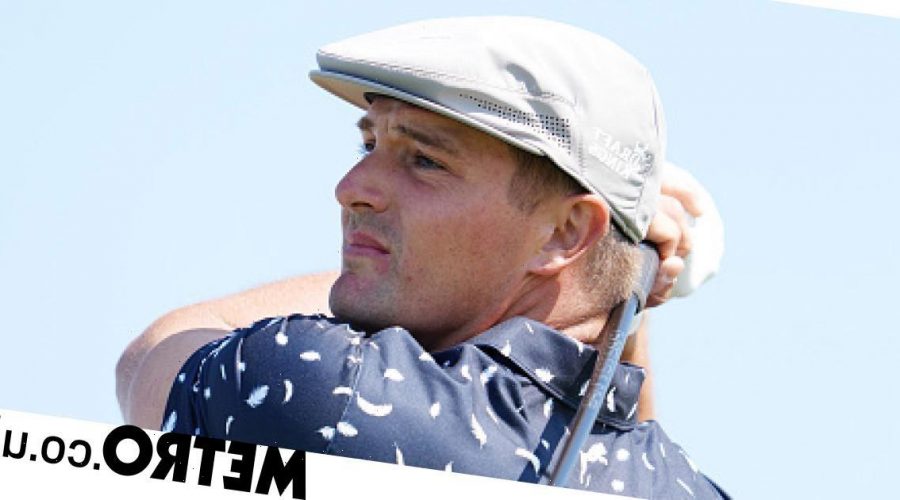 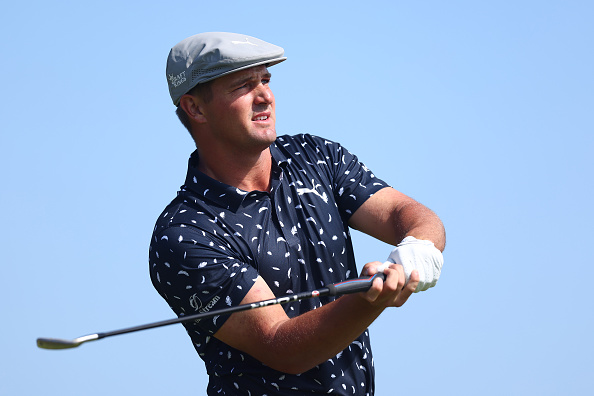 Bryson Dechambeau was branded ‘stupid’ and accused of behaving like a child,- in an extraordinary row with his sponsors about his golf clubs on the first day of the Open Championship.

The big-hitting American, dubbed ‘The Mad Scientist’, was wayward throughout at Royal St George’s yesterday as he posted a one-over 71, despite enjoying the better conditions.

The 27-year-old later took his disappointment out on his equipment, saying: ‘If I can hit it down the middle of the fairway, that’s great, but with the driver right now, the driver sucks.

‘It’s not a good face for me and we’re still trying to figure out how to make it good on the mis-hits. I’m living on the razor’s edge, like I’ve told people for a long time.

‘It’s literally the physics and the way that they build heads now. It’s not the right design, unfortunately, and we’ve been trying to fix it with no results yet.’

‘He has never really been happy, ever. Like, it’s very rare where he’s happy. Everybody is looking for a magic bullet. Well, the magic bullet becomes harder and harder to find the faster you swing and the lower your loft gets.

‘It’s like an eight-year-old that gets mad at you. They might fly off the handle and say, ‘I hate you’. But then you go, ‘Whoa, no you don’t’.

‘We know as adults that they really don’t mean that and I know that if I got him cornered right now and said, “What the hell did you say that for”, he would say that he was mad.

‘He didn’t really mean to say it that harshly. He knows how much everyone bends over backwards for him, but it’s still not cool.’

South African Louis Oosthuizen led the way on six under at Sandwich after making a fine first-round 64, the 2010 Open champion one shot ahead of Americans Jordan Spieth and Brian Harman. Englishman Justin Rose carded a three-under 67 and world No.1 Dustin Johnson a 68.

Rory McIlroy had to play in the worst of the conditions, as the winds got up, and he finished with a level-par 70.