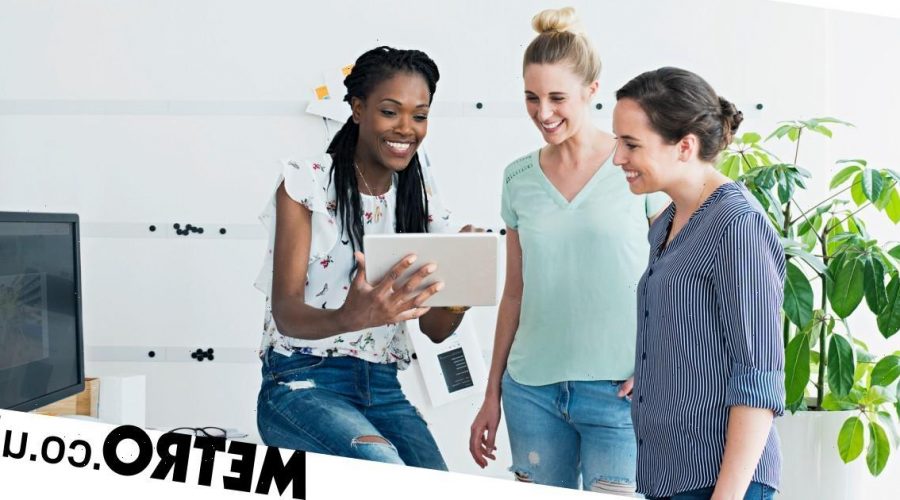 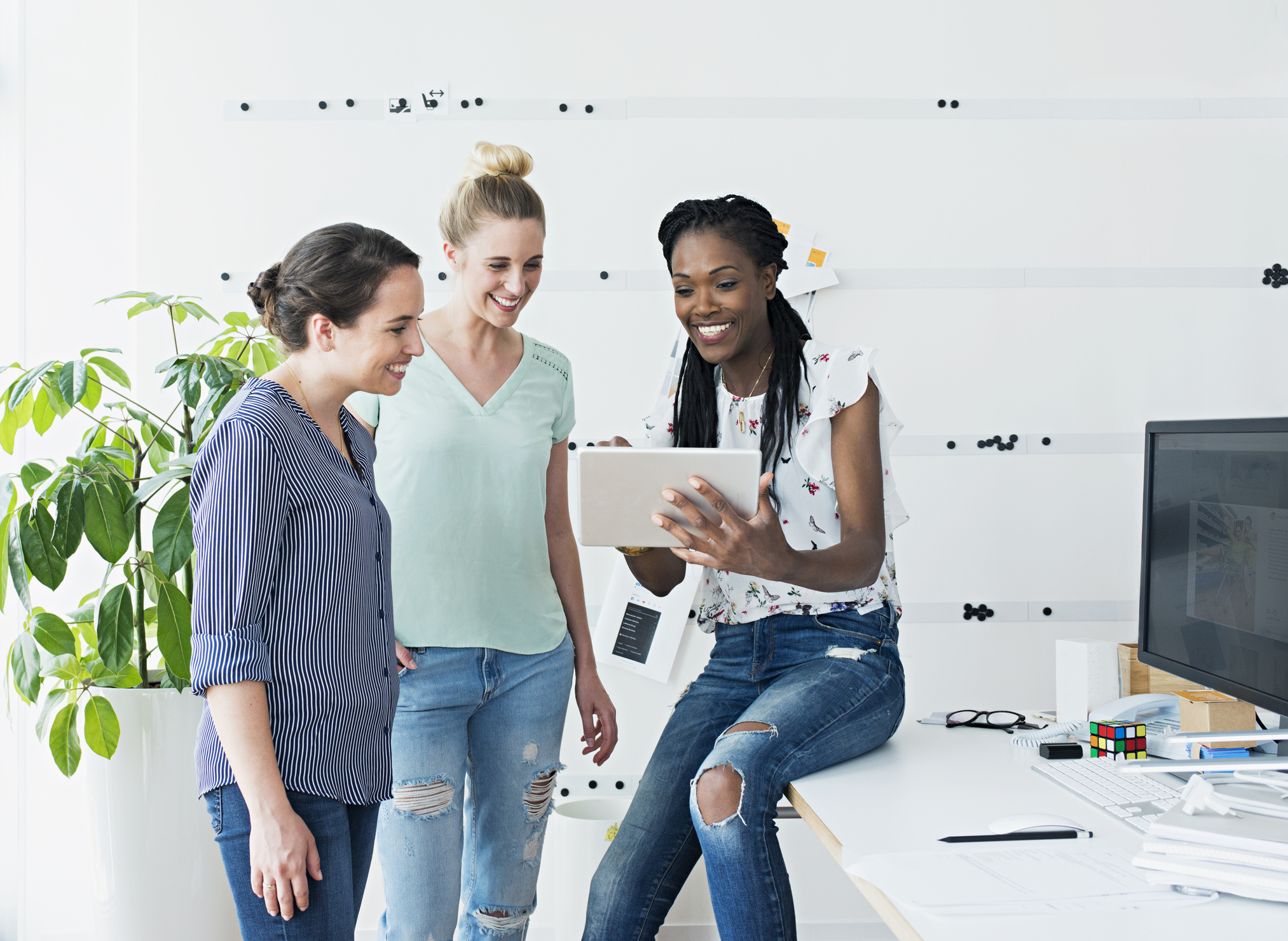 Whatever sector you are working in, chances are your main problem at present is that you can’t find staff.

Government figures show that there were a record number of job vacancies in September, as companies hunted for staff following Brexit and the pandemic.

Meanwhile, those looking to take on extra staff for Christmas are finding the task particularly difficult, with searches for seasonal jobs on vacancy site Indeed down a quarter on 2019 and a third on 2018.

‘The labour market has become a victim of its own success,’ says Indeed UK economist Jack Kennedy. ‘After months of generating jobs, there are now more than 1.1million vacancies across the UK. Jobseekers are currently spoilt for choice.’

Added to the staff shortage problems caused by Brexit is a phenomenon popularly known as ‘The Great Resignation’, which has seen many people deciding to quit their jobs due to pandemic-related burnout and change of priority.

A survey from Randstad UK found that a quarter of people are planning to change jobs in the next few months, a figure that Randstad UK’s CEO Victoria Short says is usually around 11%.

‘The pandemic has changed how some people think about life, work, and what they want out of both. It has made people step back and rethink their lives,’ she says.

Businesses are already feeling the pinch

Victoria says the UK jobs market is now ‘more fluid than ever’ — a problem for companies in all sectors who are trying to retain their staff or recruit new ones.

According to research carried out by Oxford Economics, a new professional worker takes 28 weeks to reach optimum productivity, which has an attached cost of £25,200 per employee, on top of the cost of recruitment itself.

‘This could be very expensive for UK plc,’ Victoria says. ‘For example, there are 275,000 accountants in the UK. If, in the next few months, even a sixth of them choose to act on their new-found belief in their career prospects and get a new job with a different employer — for better pay or conditions — that would cost firms more than a billion pounds in lost productivity alone.’

Many businesses are already feeling the pinch. Figures from the British Chambers of Commerce show that of the 61% of firms that attempted to recruit in the second quarter of this year, 77% had difficulties. The manufacturing and hospitality sectors have been particularly hard hit.

‘Everyone is looking for people,’ says Adrian Hanrahan, managing director of Robinson Brothers, a chemical manufacturing company in West Bromwich in the West Midlands. His firm currently has 20 vacancies.

‘Pre-Brexit and pre-Covid we always had one or two vacancies, but this current scale is unprecedented.

‘We have raised our salaries and we still cannot find them.’

Although times are tough for businesses, recruitment and career experts say that taking steps to keep current employees happy can help to keep staff onside.

‘This staff churn is not inevitable,’ says Dr Gary Crotaz, executive coach and author of The IDEA Mindset. ‘Research by Gallup in the US showed that over half of voluntarily exiting employees said their manager or organisation could have done something to prevent them from leaving their job.’

Getting the basics right is important, starting with the right amount of money on the table. ‘Let’s not ignore the fact that money is a big motivator,’ says psychotherapist Geraldine Joaquim. ‘Assuming that a business is paying at least competitively, if not generously, then other factors beyond cold, hard cash come into play.’

Case study: London Pilates studio has learned to be flexible

Ruth Smith, chartered physiotherapist at Complete Pilates in London, is having to change her recruitment strategy to get the staff she needs.

‘There are a lot fewer physios in London since the pandemic, as a lot of our staff in private musculoskeletal medicine were from overseas and have moved home in this time,’ she says. ‘We also struggle as we offer physiotherapy-led clinical Pilates and there are not many physios who are fully trained and have the experience we are looking for.’

Ruth was seeking two or three full-time physiotherapists who also teach clinical Pilates, or who want to learn to teach it.

‘For those who perhaps would have considered training in this area there is a lot more hesitancy to change jobs and to invest in training, as people are looking for more stability.

‘I think this has also significantly reduced the number of physios who would usually move from NHS work to private work, who might come and work for us. I think people are more cautious with job changes.’ The majority of Ruth’s new staff come from referrals, and she says that offering the flexibility of self- employment or employment, a variety of sessions and even online working has helped to attract them.

‘We also started sponsoring overseas staff, which has helped a couple of our staff stay with us longer,’ Ruth says.

The company has also made changes to keep the staff it already has.

‘We have recently been reviewing our structure for checking in with our staff regularly to see how they are and how they are feeling at work. This is then linked in with supporting them with their goals and making sure we are offering what we can to make sure they can move forward with their career as they want to.

‘We encourage goals that are not necessarily just going to benefit us but might be towards more personal long-term goals.

‘For example, for a physio who is planning a move out of physiotherapy and into business, we are changing some hours to have her working on the business side of the clinic, to help us and to increase her understanding and training for the future.’

Give employees a voice

‘In most cases employees stay (or leave) because of the culture within the organisation and the management style,’ says workplace mediator and conflict coach, Nicole Posner.

‘A people-centric focus, with a nurturing and supportive leadership at the top, will create an environment where people feel seen, heard and recognised and ultimately want to be.’

Lara Cullen, executive coach and author of the book How To Be A People Person, says that the ways to keep staff are ‘so basic’ but adds that they don’t happen enough.

‘Leaders tend to think they happen far more than employees do,’ she says.

‘Listen to people and do what you say you’ll do. This leads to creating environments where people feel it’s safe to be themselves, where it’s okay to make mistakes, and where people are able to contribute to the company’s policies and direction.

‘Employers don’t need to poll everyone for opinions every week, but it is important to make sure people have a voice.’ Practical things to offer include flexible working and staff training and development, even in the most sought-after of sectors.

‘Staff like to see law firms making an investment in them and that can come in all sorts of forms, not just the financial,’ says lawyer-turned- therapist Annmarie Carvalho, who works with companies to improve retention.

‘A hallmark of workforces these days, particularly since the pandemic, is that they have a more holistic range of interests which they want to explore and they don’t necessarily want to be limited to doing so in their few spare hours outside of work. So, an employer who encourages them in personal development is very attractive.’

Getting culture right will help encourage new applicants to apply to your company, as word of mouth will be positive. However, working on your job advertisements can also help people get over the first hurdle: applying.

Amanda Reuben runs Bijou Recruitment and says there are simple things an employer can do on an advert to encourage applications.

‘Be open to the various options with flexible working; show the salary on the advert; use more emotive and engaging language in advertising and job descriptions,’ she says.

She also suggests thinking more broadly, including aligning the tone of voice in the ad with that on the company website, and ensuring that the HR or Talent team are available to answer questions on prospective candidates. ‘Be very clear on the type of person they need and talk about the culture of the business,’ she says.

Case study: ‘A few small changes have had a big impact’

‘I have been surprised to see how much we’ve struggled to hire people over the past six to nine months,’ says Neil Sheth, founder of search engine optimisation agency, Bubbli Digital.

‘From hardly getting any applications, applicants not completing a short exercise, or just not turning up to the interview, we’ve seen it all.’

Neil chose to tweak job descriptions, including flexible working in terms of location, shifting requirements from ‘London-based’ to ‘anywhere in the UK’.

‘We’ve also shifted from starting at 9am to start whenever you want as long as you are around between core hours of 11am and 3pm. We’re still testing flexible working, but both of these two shifts have massively increased our pool of candidates,’ he explains.

Neil had also noticed that a ‘dull’ exercise set for candidates in the second round of interviews had discouraged applicants.

‘We purposefully made the short exercise boring to test our candidate’s creativity. However, it backfired, a large number of candidates did not attempt the exercise as it offered an unenticing impression of the work we do.’

The changes have worked, says Neil. ‘In our last hiring exercise we had over 500 applicants.’

What not to do

As well as taking these proactive steps, experts say there are areas employers should avoid if they want to get and keep staff.

‘We now want work that helps to do good and feel good. Yoga classes, fruit bowls and financial incentives are no longer sufficient to attract and retain the candidates that organisations desire,’ she says.

Amanda, at Bijou, says that being closed to the idea of flexibility; insisting on presenteeism or 9am Monday meetings in the office; allowing rumours to circulate; allowing different ‘rules’ for different staff, are all sure-fire ways to lose valued colleagues.

And finally, she cautions, rein in any Scrooge-like tendencies at this time of year. ‘Don’t cancel the Christmas party.’

You have been warned.

15/11/2021 Lifestyle Comments Off on Can't keep the staff? Here's how to make your business attractive to employees
Lifestyle