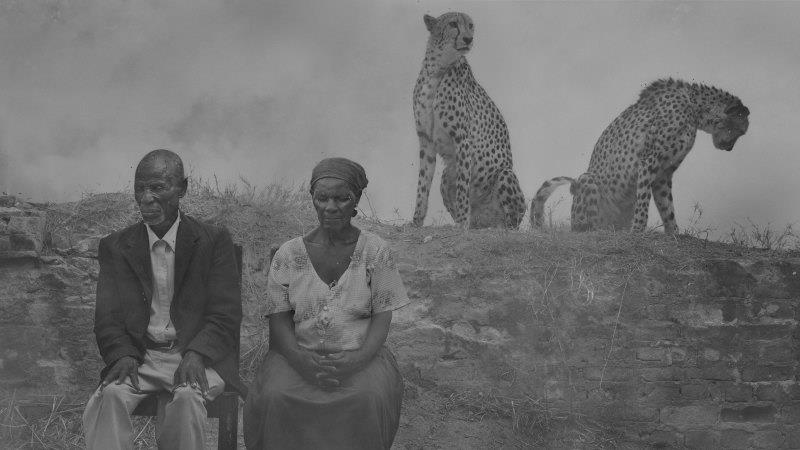 Looking out at the fire-ravaged Californian landscape he’s called home for three decades, English-born photographer Nick Brandt sees the deep scars of human-exacerbated climate change. The impact of our “ecocide” has long been a focus of his striking photography work, including series On This Earth (2001) and Inherit the Dust (2014). 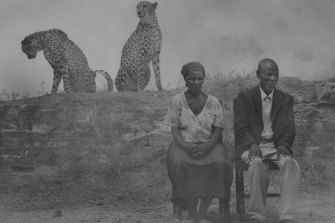 “I was getting into screaming matches with my dad about stuff that he was doing when I was seven,” he says. “I came out fully formed in terms of my commitment to the environment.”

His latest show, The Day May Break, at Source Photographica in Sorrento, might be his most haunting yet. Captured in Zimbabwe and Kenya in late 2020, the spectral images depict humans forced to flee their homes dues to floods, cyclones and droughts. Brandt photographed them in animal sanctuaries alongside majestic beasts – elephants, rhinos, giraffes and more – who lost parents to poachers or whose habitats have been destroyed.

Each of his human subjects has a heart-rending story to tell. “I was just so impressed by just their level of graciousness,” Brandt says. “I spoke to young mothers still living in displacement camps a year and a half after their homes and their children were washed away, never to be seen again. I’d have a pretty hard time recovering from that.” 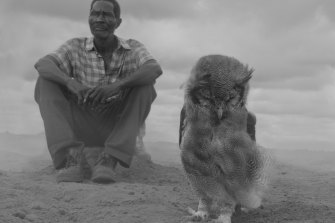 Brandt captured these images in the magic half-light of sunrise and sunset in a shroud of water-based, non-toxic fog produced specifically for the shoots.

“It’s a very simple and, I hope, effective visual motif that’s symbolic of the rapidly disappearing natural world,” Brandt says. “Somebody wrote to me the other day who grew up in Zimbabwe. He said these photographs had such an impact on him because he was reminded how present these animals were in his life, growing up as a kid, and now they’re gone.” 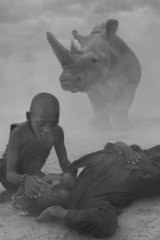 The tableaus presented in The Day May Break look almost too incredible to be true, but Brandt says the “photographic jazz” at play has only been adjusted for brightness and contrast – everything else came down the barrel of the camera.

“It’s just so superior to cobbling something together in Photoshop, which is never going to have not just the organic integrity, but also a sort of indefinable emotion, where you see the elements serendipitously align in just one short moment.”

Brandt bristles at the injustice visited upon these countries by heavily polluting Western nations. “Of course, America and Australia have spewed out vast amounts of carbon, and the people who have been hurt the most, because they are the most vulnerable, are, of course, those who live in countries where they’ve had the least carbon output.” 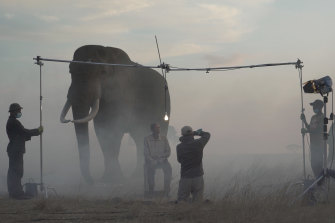 Making of The Day May Break, James Brandt series shot in Africa.

Pointing to Australia’s Black Summer of 2019/2020 and the bleaching of the Great Barrier Reef, Brandt hopes his photography can help spark vital conversations here too. This show is part of a global series; he will next document Bolivia and Australia.

“There are going to be more and more artists and writers inevitably addressing climate breakdown and the destruction of the natural world. And the more that becomes part of a dialogue, the more, hopefully, there’s a building pressure to change the status quo.”

The Day May Break is at Source Photographica, Sorrento, until January 16. sourcephotographica.com.au