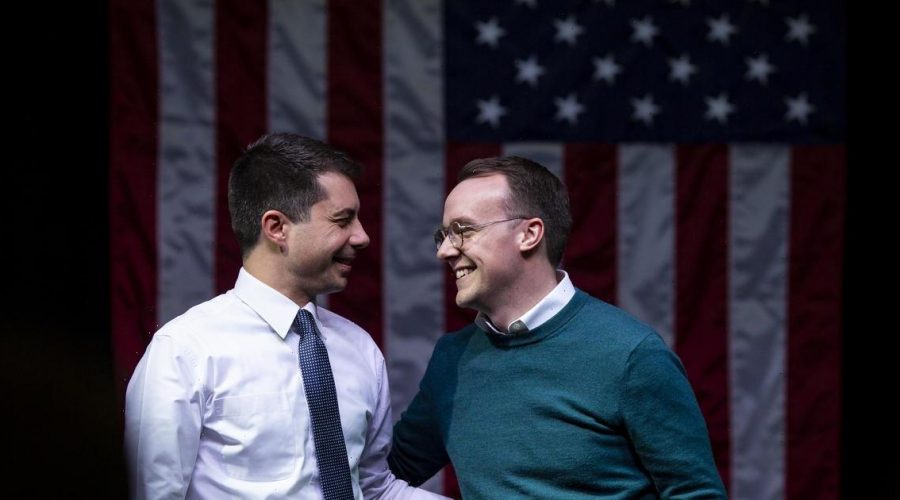 Chasten Buttigieg has advice for those who aren’t sure how to be an ally to the LGBTQ community: Show up, put in the work and ask questions.

“Allyship isn’t just slapping a rainbow sticker on your backpack or your water bottle, kind of signaling to folks, ‘Hey I might be part of the community or I’m an ally.’ Part of your job as an ally is also to do the work,” Buttigieg, the husband of Transportation Secretary Pete Buttigieg, said Tuesday in an interview with CBSN.

During the 2020 campaign, Buttigieg, a teacher, opened up about the difficulties he faced coming out as gay, saying he left home after telling his parents and brothers because he didn’t feel accepted. After a few months of living out of his car and couch surfing, his mom called him and asked him to come home, he told the Washington Post in 2019.

“I do know the importance of showing up and making space for other people in this community. That’s what got me through it. It wasn’t necessarily that our country progressed rapidly, because arguably it still hasn’t when it comes to LGBTQ rights. But it was friends, it was family that made space for me, that verbally said, ‘I love you and I want you to survive this. I’m going to make space for you and I’ll be here for you,'” Buttigieg told CBSN. “Not only for the young people listening, but for other people who are listening, maybe parents or teachers who consider themselves allies: Allyship is a verb. You have to show up for people and physically make space and verbally say, ‘This is a safe space where you belong.'”

With effort comes mistakes, Buttigieg said. For example, someone may use the wrong pronoun or may be unfamiliar with terminology.

“Acknowledge that you’re going to mess up,” Buttigieg said. “Messing up is uncomfortable. We don’t want to mess up, especially if you consider yourself an ally. Some of these things are new. We live in a very heteronormative society, so of course pronouns are going to seem a little off-putting to someone who’s only done it a certain way for 50, 60, 70 years. But it’s a very, very simple thing to do to help somebody feel included.”

He added: “I have messed up. The most important thing to do is when you mess up, apologize, quickly restate the proper pronouns and move on from there. Always ask questions. If you consider yourself an ally, just ask questions. How can I be supportive? How can I be more helpful? How can I make sure that you know this is a safe space where you belong?”

Buttigieg’s appearance on CBSN coincided with the beginning of Pride Month 2021. His husband, Pete Buttigieg, made history in 2020 as the first openly gay man to win a presidential nominating contest, and he is now the first openly gay Senate-confirmed Cabinet secretary.

01/06/2021 Lifestyle Comments Off on Chasten Buttigieg on being an ally: “Always ask questions”
Lifestyle