Having won two Oscars for Nomadland – a modest movie shot in vans travelling across America with a cast of mostly non-actors – Chloe Zhao’s next project is a dramatic change of pace.

The Chinese director is in post-production on a Marvel superhero movie, Eternals, with a big-name cast that includes Angelina Jolie, Salma Hayek, Kit Harington, Kumail Nanjiani and Richard Madden. 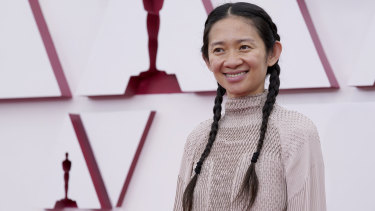 Chloe Zhao arrives at the Oscars before taking out the awards for best director and best picture. Credit:AP

While she shot it immediately after Nomadland with a plan to be released first, the shutdown of cinemas during the pandemic meant Marvel held back its movies. So Zhao finished her more intimate drama, which won best picture and director at the Oscars this week, before getting back to Eternals.

It is becoming a familiar career path: a talented director of smaller-scale personal projects is absorbed into the Hollywood comic book genre.

While more-art-house directors taking on superheroes is not new – Tim Burton and Christopher Nolan have made Batman movies, Ang Lee went with the Incredible Hulk and Sam Raimi took on Spider-Man – the difference is the Hollywood behemoths that are Marvel and DC Comics are now regularly drawing on indie talents who are not just white and male to reach more diverse audiences. 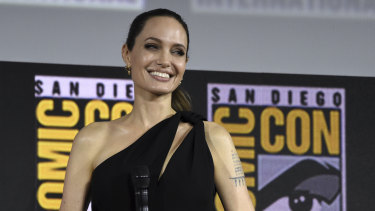 Angelina Jolie is playing Thena in The Eternals.Credit:Invision

Filmmakers with distinctive visions like Zhao are freshening up the superhero genre that has dominated cinemas since the so-called Marvel Cinematic Universe started with Iron Man in 2008.

Often their previous movies have been a modest festival or art-house success, such as Shortland’s Berlin Syndrome or DaCosta’s Little Woods.

Emerald Fennell, who won an Oscar for writing Promising Young Woman and was also nominated for best director, is writing a DC Comics movie about female magician Zatanna. 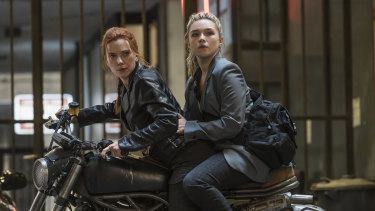 Marvel has also gone with Taika Waititi, who has followed the hit Thor: Ragnarok by shooting Thor: Love and Thunder in Sydney, and Destin Daniel Cretton, who shot the studio’s first Asian superhero movie Shang-Chi and the Legend of the Ten Rings, also in Sydney.

The sheer scale of the comic book adaptation industry – Marvel has released 23 movies with 15 more on the way – means studios want to hire emerging talents. And for these directors, as Black Panther showed, comic book movies can be a lot richer than just teenage entertainment.

As a winner of best director at the Oscars who has specialised in evocative stories about the modern American West, Zhao is the most striking example. 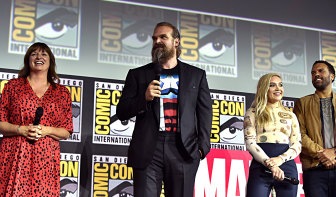 Rather than being scouted, she – as a fan of both comic books and Marvel movies – approached the studio about directing. 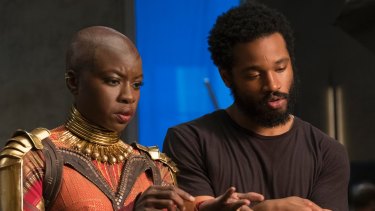 Director Ryan Coogler on the set of Black Panther with Danai Gurira.Credit:Matt Kennedy

When it looked into adapting Eternals, about a new generation of superheroes who protect earth, Zhao pitched what Marvel Studios president Kevin Feige called “a very bold and very ambitious sprawling 7000-year story of humanity and our place in the cosmos” and he went for it.

“These are the kind of filmmakers we want to work with, regardless of the size of the film they’ve done before,” Feige told Variety. “Unique voices, with unique things to say.”

Zhao said she grew up as a fan of comic books, sci-fi, manga and fantasy films and wanted to see if she could “cook up something that might just taste a little bit different”. 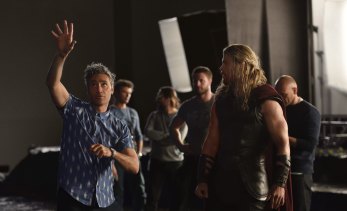 And from the little known about Eternals so far, it does seem different.

The lead character is Sersi, played by Gemma Chan, a British actor of Chinese-Hong Kong heritage.

And instead of shooting much of the movie in a studio and creating visual effects on a green screen background, Zhao filmed more in real locations in the Canary Islands and England using natural lighting. 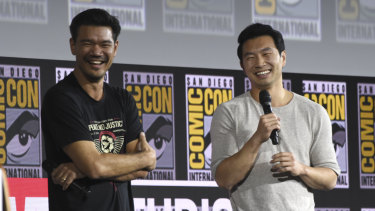 Director Destin Daniel Cretton, left, and Simu Liu, who stars in Shang-Chi and The Legend of the Ten Rings .Credit:Invision

With more cinemas in the US open, the superhero roll-out is restarting. Eternals is out in October… but not before Black Widow in July and Shang-Chi in September.

30/04/2021 Lifestyle Comments Off on Chloe Zhao, indie director, joins superhero ranks – and she’s not the only one
Lifestyle