Sound the alarm because Chrissy Teigen is about to have some red hot hair! The 35-year-old model has said goodbye and good riddance to her light bronde locks, embracing a fiery new hue.

See All the Wigs Getting Chrissy Teigen Through Her ‘Midlife Crisis’

The Cravings author took to Instagram Stories on Sunday, October 3, to give her 35.4 million followers at glimpse at the tress transformation she had in the works.

“Back on my bullshit,” Teigen, who worked with colorist Nato VanDine, captioned a picture of bright red hair dye. Click ahead, and the Lip Sync Battle alum showed half of her head covered in the colorful concoction. 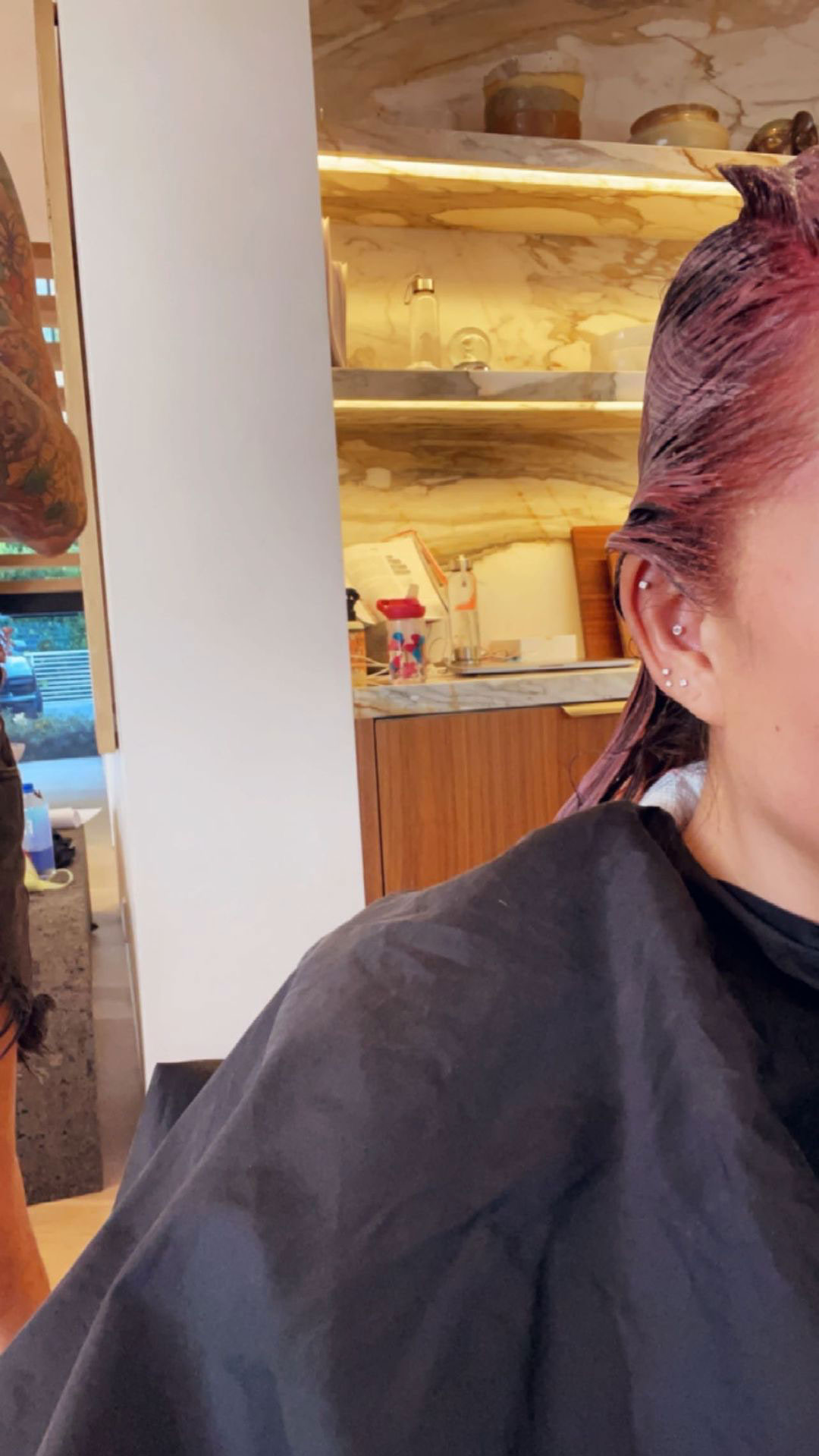 While a full-face photo of the star’s new look has yet to be revealed, it’s safe to say that it’s going to be quite the dramatic style switch up. And it’s not the first time she’s made a change this year.

In August, the Chrissy’s Court star debuted a chic bob that hit just above her shoulders. “Cause @kournteykardash looked so keeeyute,” she captioned her post, referencing Kourtney Kardashian‘s drastic chop a few days earlier.

Teigen has never shied away for experimenting with her color or cut. In fact, she’s rocked everything from pink hair to a bright blonde and deep brunette.

She also has an affinity for trying on wigs — be it lilac, orange or pastel pink. In March, she even gave some context for her obsession with testing out different looks.

“Trust me its my midlife,” she captioned a video of herself rocking a silver wig. Later that week, she posted a video alongside comedian Sebastian Maniscalco and artist Lana Gomez. “This man, one of the most brutally funny people I’ve ever met, didn’t say a word about my midlife crisis hair for the entire taping,” she joked.

Aside from wigs, the tv personality, who shares daughter Luna and son Miles with husband John Legend, also has some fun with extensions. She works with expert Priscilla Valles to transform her new, short bob into luscious, long-looking locks.

“The hair has to be squeaky clean [before I put in extensions]. I usually show up with a clarifying shampoo and I’ll wash their hair because the cleaner you get it — no oils, no product — you don’t have to worry about the extensions slipping, sliding and falling out,” Valles exclusively told Stylish.

And Teigen takes her instructions quite literally. “We joke, because I always say, ‘Squeaky clean,’ and she says, ‘Dish soap.’ And I’m actually like, ‘Yeah,’” Valles laughed, noting that washing the hair with dish soap is an “extensions secret.”

04/10/2021 Lifestyle Comments Off on Chrissy Teigen Dyes Her Hair a Fiery New Hue: ‘Back on My Bulls—t’
Lifestyle