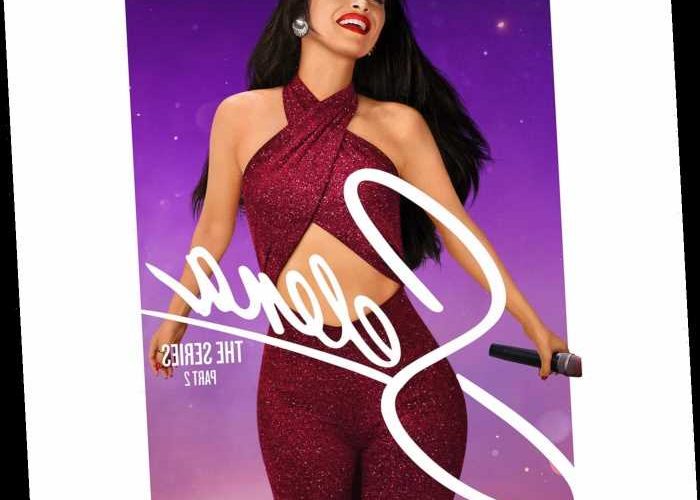 Netflix announced the second part of Selena: The Series will debut on May 4, with a video showing Christian Serratos finally donning Selena Quintanilla Perez's iconic purple jumper from her 1995 Houston Astrodome performance.

Part 1 ended just as Selena's dad Abraham (Ricardo Chavira) discovers his daughter has been secretly dating Chris Perez (Jesse Posey) right under his nose while on tour. The family tour bus makes a pitstop on the road and dumps Chris at a rest stop leaving Selena in tears.

The continuation will reveal the "rise of Selena the superstar," according to series creator Moisés Zamora. "In part 1, we focused on the birth of Selena and Los Dinos through her family's point of view and Part Two, which has already been shot, is the rise of Selena the superstar," he told EW in December.

Natasha Perez revealed to EW ahead of the series premiere that Selena's death will be handled with the utmost care.

"The series isn't about her death," she said. "Yolanda is there to add tension to what's going on, but what's going on is so beautiful because it's an artist finding herself, an artist emerging and finding her place within her family, and society. Everyone was very careful with how it was all handled. Unfortunately, Yolanda is a part of Selena's tragic story. But the beauty of it all is how her legacy continues until today through her music, her art, and really, her whole life."

This story originally appeared on ew.com