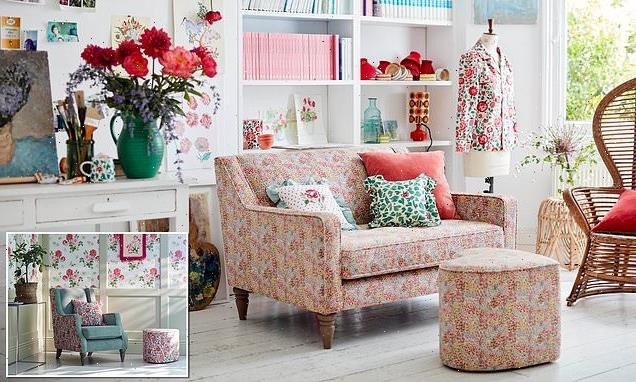 Enter the home of any middleclass, middleaged professional woman in the UK and there are several items you’re pretty much guaranteed to find.

I have all of the above plus a Cath Kidston bedding set, a frilly pinny I intended to wear when baking all those cakes I never made, and, mock if you will, an ironing-board cover.

There was a time when the brand seemed to rule the world. There were shops, department store concessions and outlets at major airports. If you needed a last-minute gift then Cath Kidston would sort you out. 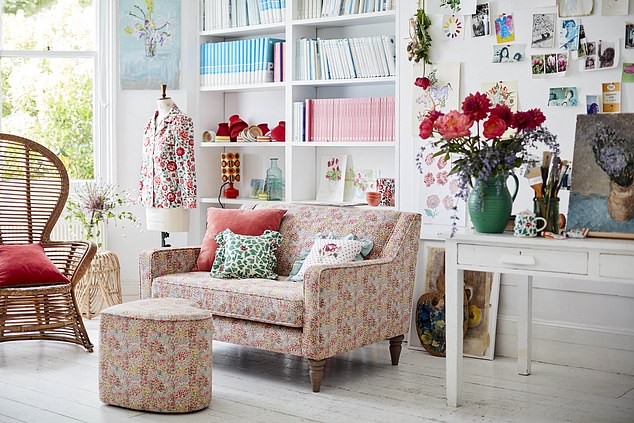 Then, 27 years after opening her first shop, Cath Kidston became another victim of the pandemic. Administrators were called in; all UK shops were closed and 903 people lost their jobs as the brand announced it would trade online only.

It seemed to be the end of a High Street era. Had people had their fill of vintage frills?

Furniture retailer DFS doesn’t think so. Known for its affordable and practical soft furnishings, this week the company launched a collaboration with Cath Kidston featuring sofas and footstools, beds and chaises longues. The products are already available online.

Cath Kidston isn’t the first to exploit this market. In the 1970s, a book called The Country Diary Of An Edwardian Lady became an unexpected publishing phenomenon.

The simple and uplifting notes and illustrations of the natural world, created by art teacher Edith Holden, spawned an industry.

And let’s not forget the wholesome whimsical appeal of Laura Ashley, which shut its doors at the same time as Cath Kidston. 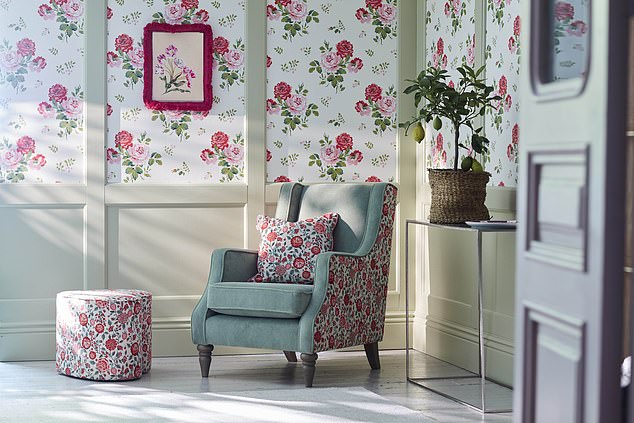 The sophisticated offerings included a new print called Strawberry Garden. And as for one called Kingdom Ditsy (pictured)

Former curtain dealer Cath Kidston opened her first branch in 1993 in London’s Notting Hill, where people might be more inclined to pay over the odds for pretty fripperies.

Stores quickly popped up across the UK as the range expanded to nightwear, bedding and crockery. Retail outlets followed in Japan, where citizens lapped up the quintessentially British items.

In 2010, having been awarded an MBE, Cath Kidston sold the majority stake in her business to U.S. private equity investors. By its 20th anniversary the brand was turning over £100 million and there were more than 200 stores.

In 2016, when the company was sold to a Hong Kong-based equity company, Kidston stepped down from her role as non-executive director, and by 2018 it was reporting losses.

Retail experts blamed the company’s struggles on overfamiliarity and a lack of rejuvenation. This brings us back to DFS, which clearly doesn’t believe the brand has outlived its usefulness.

As I wandered the showroom at last week’s launch, I was pleasantly surprised. I expected to be smacked with childlike and old-fashioned designs more suited to a maiden aunt’s parlour.

The sophisticated offerings included a new print called Strawberry Garden. And as for one called Kingdom Ditsy, it could easily grace a Lulu Lytle sofa in Carrie Johnson’s home.

With its boxy design and clean lines, the Printmaker sofa is something I could see in my house in the coral velvet (from £1,199). Plain colours are available, as well as floral prints.

The Poise Wing Chair (from £749) looks far more expensive than it is and, in the catalogue, is pictured in a bold turquoisegreen living room. The Stargazer Chaise Longue (from £849) wouldn’t look out of place in my minimalist bedroom.

At the launch event there’s a quiet confidence that Cath Kidston is going to do very well — especially as it’s the store’s first foray into printed fabrics.

When lockdown struck, people started to invest heavily in their homes. Spending more time than ever indoors, they decorated like never before.

It’s a trend that DFS expects to continue during the cost-ofliving crisis, the prediction being that people will eschew meals out, holidays and day trips and, instead, keep spending on bolder interior decoration.

Kellie Wyles, DFS head of upholstery, tells me: ‘There was a huge shift during lockdown with people wanting colour and life in their homes. We saw a move away from grey and beige towards deep blues, moss greens and then yellows.’

DFS is helped further by the fact that it’s nearly always the woman in the home who chooses soft furnishings.

It remains to be seen if people will consider loosening the purse strings for a Cath Kidston sofa or armchair.

Appearing on Desert Island Discs in 2011, even Cath herself recognised that you can have too much of a good thing.

‘People either love it and want a little bit of it very much, or want to stab us,’ she told Kirsty Young.