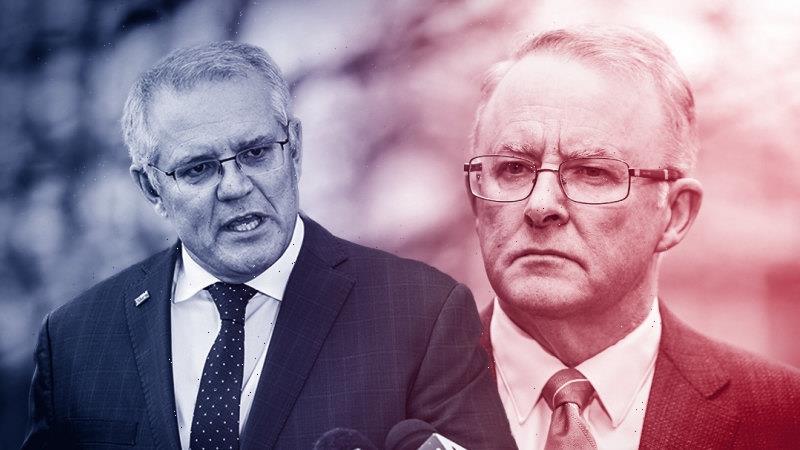 Voters have swung to the Coalition and backed Prime Minister Scott Morrison on key personal measures, lifting the government’s primary vote from 38 to 40 per cent amid a debate about when to end lockdowns.

The government has gained ground among voters on its response to the pandemic and management of the economy, while Labor has seen its primary vote fall from 35 to 32 per cent.

The findings are part of a new survey that shows 46 per cent of voters prefer Mr Morrison as Prime Minister compared to 23 per cent who favour Labor leader Anthony Albanese, with another 31 per cent undecided and the results barely changed over the past month.

The Resolve Political Monitor, conducted for The Sydney Morning Herald and The Age by research company Resolve Strategic, finds the Coalition has recovered some support from voters on policy issues as the same time it increased its primary vote.

“This extends the Coalition’s primary vote lead to the highest in our 2021 tracking so far and equal to the 2019 election lead,” said Resolve director Jim Reed.

Support for the Greens was steady at 12 per cent while support for independent candidates rose from 7 to 10 per cent and Pauline Hanson’s One Nation fell from 4 to 2 per cent. 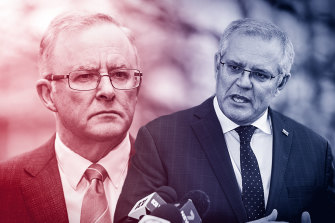 The Coalition’s primary vote has returned to the level that won it the 2019 federal election, new research from the Resolve Political Monitor shows. Credit:Fairfax Media

But the findings came with a caveat with 27 per cent of voters describing themselves as “uncommitted” with their voting intention and open to shifting their view before the election, which is due to be held by May next year.

In a downbeat measure of the national mood, the survey found Australians were more negative about the outlook for the country in a regular indicator that measured 115 in June, 99 in July and 91 this month.

The gloomier assessment coincided with media coverage of the fall of Kabul, the evacuation of refugees from Afghanistan, rising coronavirus case numbers, disputes over the vaccination rollout and divisions between political leaders over when to ease lockdown rules.

Male voters swung strongly to the Coalition, with their support increasing from 38 to 43 per cent over the past month while support from female voters was unchanged at 38 per cent.

Primary vote support for Labor was 32 per cent among both men and women, down from 35 and 36 per cent respectively one month ago.

The Resolve Political Monitor surveyed 1,607 people during the period from August 17 to 21, producing results with a margin of error of 2.5 per cent.

Because the poll asked voters to nominate their primary votes in the same way as they filled in their ballot papers for the lower house at an election, there is no “undecided” category in the results, a key difference with some other surveys.

Asked about which party and leader were best for the country, 37 per cent named the Coalition and Mr Morrison while 21 per cent named Labor and Mr Albanese. This is compared to a gap of 36 to 25 per cent one month ago.

The setback for Labor over the past month follows Mr Albanese unveiling a policy to offer every Australian aged 16 and over a $300 cash payment upon being fully vaccinated, drawing criticism from Mr Morrison over the cost of the scheme when many were signing up for jabs anyway.

Asked to name the best party and leader to manage defence and national security, 45 per cent named the government and 16 per cent named Labor, compared to a difference of 44 per cent and 20 per cent one month ago.

Asked to name the best to manage the economy, 44 per cent named the government and 19 per cent said Labor, compared to 41 per cent and 25 per cent last month.

Labor lost its lead on policies where it appeared to gain ground in previous months. On healthcare and aged care, for instance, 30 per cent named the government and 29 per cent named Labor. That compared to 30 per cent and 35 per cent one month ago.

Mr Reed said the Prime Minister’s net performance rating slide had stopped this month although it was at its lowest ebb compared to the surveys in April and May, while Mr Albanese’s slower descent on this measure continued.

“Mr Morrison’s recent falls in likeability and performance have been halted, with both now stable and neutral at 3 percentage points and minus 1 percentage points respectively. They remain a far cry from those recorded in our initial two tracks,” he said.

Asked how they rated Mr Morrison performance in recent weeks, 46 per cent of people said it was good and 46 per cent said it was poor, with 8 per cent undecided. After rounding to the nearest decimal place, this produced a net result of minus 1 per cent, the same as one month earlier.

Asked about Mr Albanese, 28 per cent said his performance was good and 47 per cent said it was bad, with 25 per cent undecided. This produced a net rating of minus 19 per cent, down from minus 16 last month.