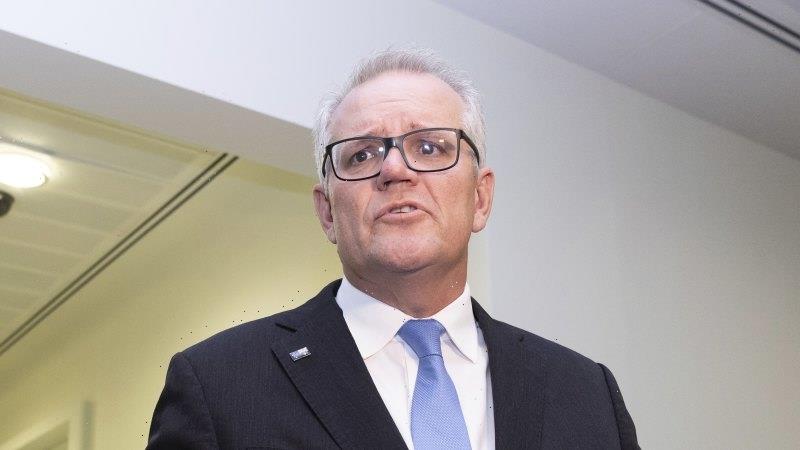 A federal policy to spend $1 billion on new energy projects has failed to add any power to the national electricity market more than three years after the Coalition unveiled the plan with a promise to fix supply shortages and ease pressure on prices.

None of the money has been spent on the 12 projects named in March 2019 when then-prime minister Scott Morrison unveiled a program to support six hydropower schemes, five gas projects and one coal-fired power station upgrade. 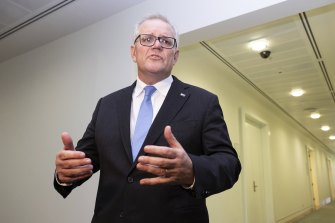 The outcome highlights the absence of federal projects to add power to the electricity grid when the nation’s peak regulator, the Energy Security Board, says Australia must build 50 times the capacity of the original Snowy Hydro scheme by 2050.

In an alert about future shortages, the board says 4.1 gigawatts of power capacity was taken out of the grid over the past decade, mostly due to the closure of coal-fired power stations. Only 1.1 GW was added over the same period to supply dispatchable power that can be turned on at any time.

Most of the new capacity came from battery storage such as the Victorian Big Battery and the Tesla project in South Australia that Morrison once likened to the “Big Banana” because he said it would not solve the problem of making energy supply more reliable.

A key pledge from the former government was to invest $1 billion in projects that were meant to add 3.8 GW to the grid under the Underwriting New Generation Investment (UNGI) program launched in March 2019.

“What the Morrison government understands but Labor doesn’t is that we need enough reliable 24/7 baseload power to ensure that the lights come on when you flick the switch,” Morrison said in a statement that month with Angus Taylor, then the energy minister and now the shadow treasurer.

“That’s why we’re stepping in to back new reliable generation.”

But none of the projects has been built, several have been abandoned and others remain proposals on paper.

While the list included five gas-fired power stations, only one has moved toward construction: the Australian Industrial Power project backed by billionaire Andrew Forrest for Port Kembla in the NSW Illawarra region. This received $30 million in federal cash last year for planning, although it did not receive funding from the UNGI scheme.

APA Group, whose Dandenong gas-fired proposal was on the list, confirmed on Monday that its project was on hold. Quinbrook Infrastructure Partners said its Gatton project in Queensland was in an advanced stage with gas turbines and battery storage but did not put a date on completion.

Alinta Energy had two gas projects on the list – an expansion to its Bairnsdale power station in Victoria and a new generator in Reeves Plains in South Australia – but said on Monday the plans would depend on the current debate between federal and state leaders over a capacity mechanism to offer financial rewards for reliable supply.

“The outcome will have a strong bearing on the viability of both projects,” an Alinta spokesman said.

Progress has also been slow on the pumped hydro schemes that were meant to receive cash from the UNGI program. One project, proposed by Rise Renewables for Baroota in South Australia, is under way but others are in doubt or still under consideration.

The biggest hydro proposal named in the March 2019 announcement, the Hydro Tasmania plan known as the Battery of the Nation, is under way but did not receive UNGI funding. Instead, the former government allocated $65 million in this year’s budget for the Tarraleah hydropower project, part of the wider scheme.

Hydro Tasmania said on Monday a final decision on Tarraleah was expected in the middle of 2024 and on the associated Cethana pumped hydro project in 2025. These will add generation capacity for the mainland when the Marinus Link is built across Bass Strait, likely in 2029 and 2031.

Labor expects to back the Marinus Link as part of its policy to invest $20 billion in transmission upgrades.

The last of the 12 projects on the March 2019 list, an upgrade to the coal-fired power station run by Delta Electricity at Vales Point in NSW, has been scrapped. Online news outlet Renew Economy revealed this year that the company had told the government it needed more aid but did not receive the funding it wanted. The power station is scheduled to close in 2029.

While the previous government also unveiled the Snowy 2.0 scheme to expand hydropower and backed a gas-fired power station at Kurri Kurri in NSW, the first of these has been delayed until 2028 and the second will not start operating until next year.

Investors continue to pour funds into solar and wind projects, but these are not dispatchable unless they are linked to batteries or other storage.

Of the 1.1 GW of dispatchable power added to the grid over the past decade, most came from state government projects.

The Energy Security Board provided a spreadsheet showing about 70 per cent of the additional capacity had come from battery projects, including 150 megawatts from the Hornsdale Power Reserve built with Tesla in South Australia and 300 megawatts from the Victorian Big Battery.

Another 123 megawatts came from diesel generators installed at Temporary Generation South by the South Australian government in 2017.