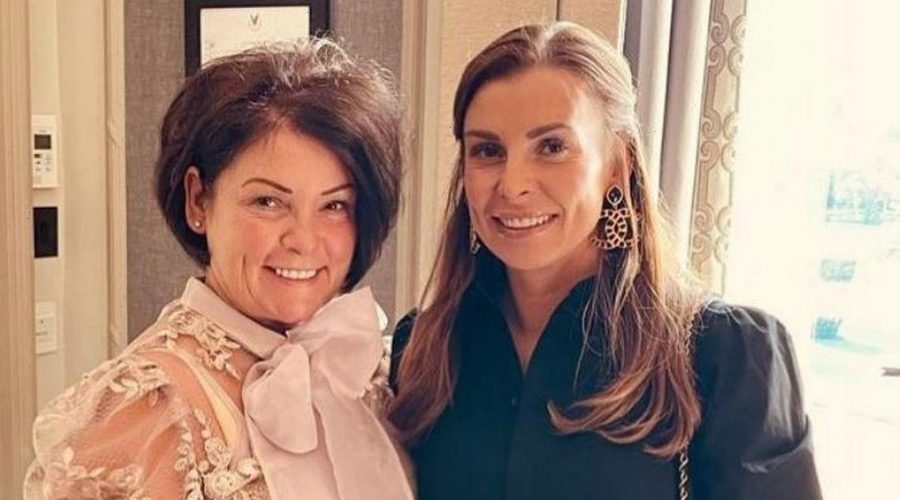 Wayne and Coleen Rooney have made the most of the recent easing of lockdown restrictions with a minibreak in Scotland.

The couple left their four sons at home and escaped to the luxury 5* Gleneagles hotel to celebrate Coleen's mum Colette’s birthday,

35-year-old Coleen made the most of her night out by dressing up in a fuschia dress teamed with a pair of statement Chanel earrings, while her Mum wore a stunning lace sleeved pussy-bow blouse.

The family enjoyed a delicious meal at Restaurant Andrew Fairlie restaurant which is the only restaurant in Scotland that has two Michelin stars where the speciality is lobster.

Three courses at the restaurant will set you back £115 per person and that’s before drinks are added on top.

The couple treated Coleen's mum Colette to a stay at the 5* hotel to celebrate her birthday.

Their showbiz pal, Lizzie Cundy was one of the first to comment, telling the couple to "have a fabulous night".

Wayne and Coleen’s four sons Kai, Cass, Kit and Klay did not make the invite list and the family enjoyed a child-free break from the boys.

Coleen is extra close to her mum and has regularly referred to her as “her best friend”.

Writing alongside a picture of the pair dressed up ready to enjoy their evening, Coleen referred to her mum as "the Queen".

“Happy Birthday to our Queen. We love you more than you will ever know and appreciate everything you do. Thanks for always being there for us and everyone,” Coleen wrote.

The mum-of-four is known for her close bond with her mum and dad, Colette and Tony McLoughlin, and it’s believed to be one of the reasons she and the footballer upped sticks and left behind their life in Washington DC to return to Cheshire in 2019.

Sources have suggested that Coleen may even be planning to move her parents in to live with the family.

“Given they’re moving in later this year and there’s so much space, Coleen broached the idea of her parents joining them. She asked Wayne how he’d feel about giving them their own wing of the house so they could have their own space but still be under one roof,” an insider told new! magazine.