Time for an emergency meeting at Pop’s! Prince Harry and Duchess Meghan’s royal baby name has thrown Riverdale fans into a tizzy.

“The Duke and Duchess of Sussex are pleased to announce they have named their first born child: Archie Harrison Mountbatten-Windsor,” the new parents announced on Instagram on Wednesday, May 8. “This afternoon Their Royal Highnesses introduced Her Majesty The Queen to her eighth great-grandchild at Windsor Castle. The Duke of Edinburgh and the duchess’ mother were also present for this special occasion.” 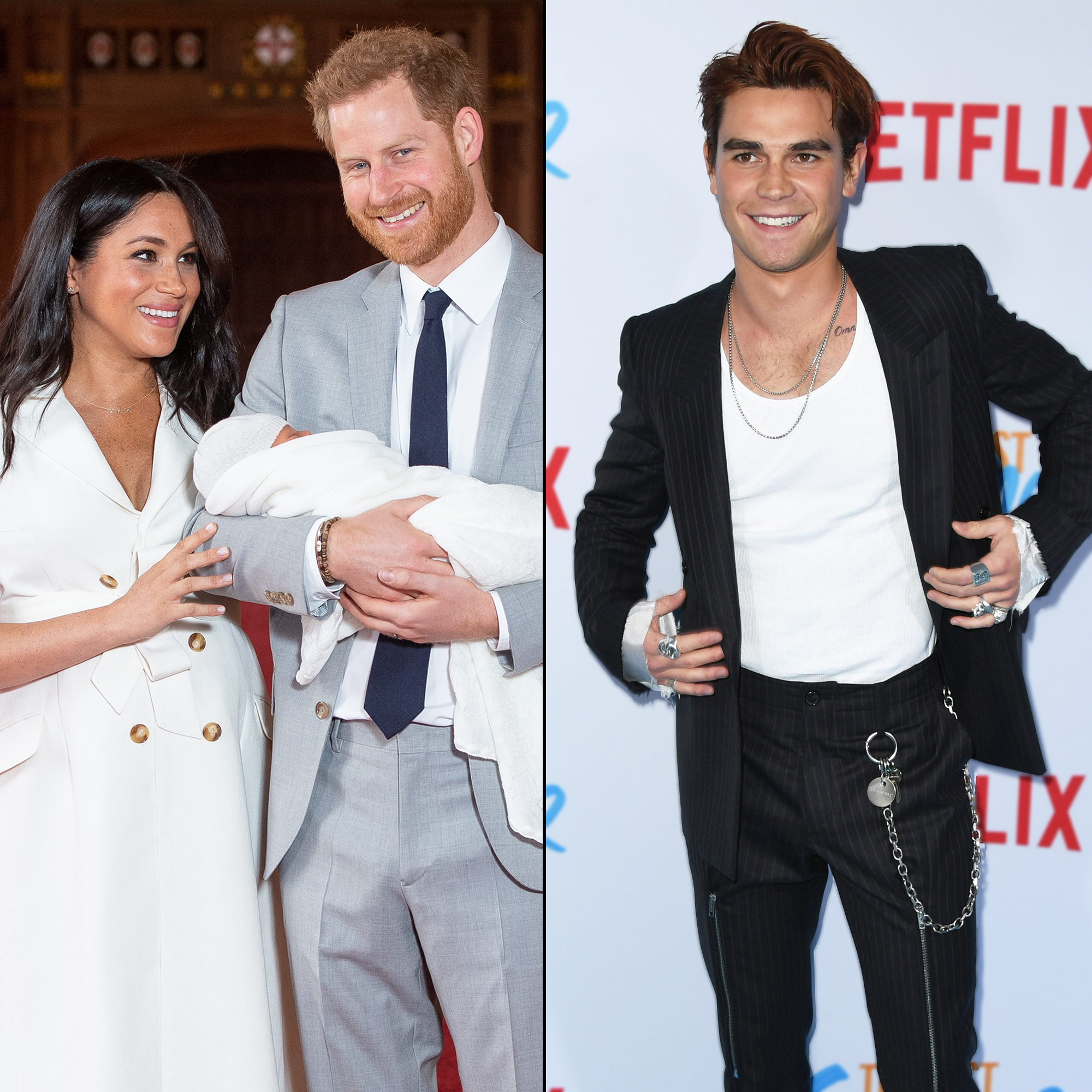 A second person wrote, “So the #RoyalBaby has been called Archie? How long until the south side serpents turn up? #Riverdale.”

Riverdale star Lili Reinhart reposted Netflix’s meme of Meghan and Harry holding their newborn son — but with KJ Apa‘s face Photoshopped on the little one.

Creator Roberto Aguirre Sacasa joked that the royal baby was the “best crossover over.”

Us Weekly confirmed on Monday, May 6, that Meghan, 37, was in labor. Hours later, the palace announced that she gave birth a baby boy. The former Suits star and Harry, 34, showed off their baby boy at St George’s Hall at Windsor Castle on Wednesday.

“It’s pretty amazing and I have the two best guys in the world, so I’m really happy,” the duchess told the press after calling motherhood “magic.”

Scroll through to see more reactions: