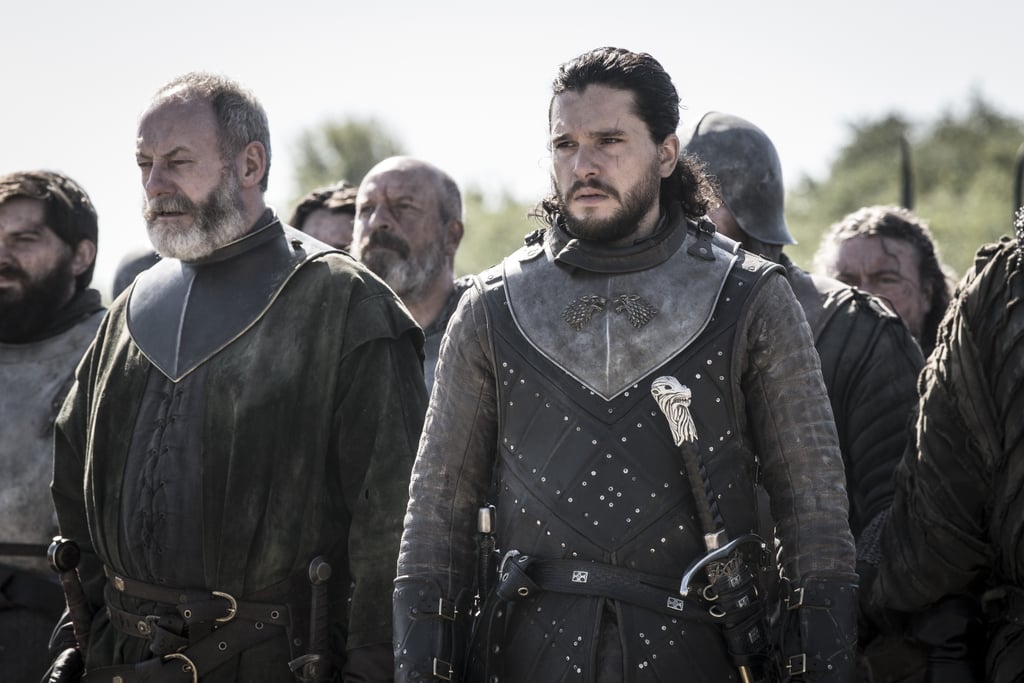 Just when you thought we were over one battle on Game of Thrones, another one gears up. The fight for the Iron Throne is in full throttle, and it looks like this could indeed be the Last War. At least, that’s what we’re getting from the preview for the upcoming episode! And these new photos from the episode are definitely backing up that promise.

After losing her second child and her best friend one right after the other, Daenerys mourns in Dragonstone while Jon, Tyrion, and Davos stand with their army outside King’s Landing. The other images give us brief glimpses of Grey Worm, Euron (who may or may not be adding up some very important clues right now), and Cersei, who seems to do nothing but look out into the distance from the same spot in her keep. Even Harry Strickland makes a return with the Golden Company, ready for battle (even without their elephants).

Check out the photos ahead, then be sure to read the latest theory about the show that has us guessing.