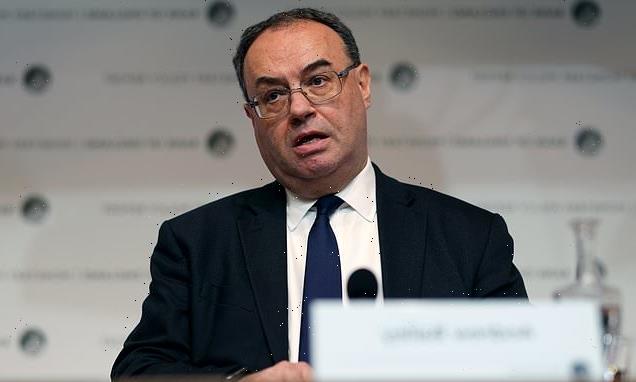 With grim inevitability, the Bank of England has hiked interest rates again to try to tame the scourge of inflation.

The 0.25 percentage point rise, to 1.25 per cent, is relatively modest, but still a bitter blow. Nudging rates up gradually, however, will cause less immediate pain.

Even so, it will be a mighty shock to mortgage payers who have come to take historically low rates for granted.

And with inflation tipped to peak at a wince-inducing 11 per cent, the misery is bound to get worse.

Indeed, there are concerns that if mortgage rates are ratcheted up much higher, homebuyers won’t cope. That would lead to mass repossessions and despair.

(And don’t hold your breath waiting for the rapacious high street banks to pass on rate rises to savers).

But what is most enraging is that families and businesses are suffering because of Bank governor Andrew Bailey’s calamitous misjudgments. When many people pointed out the looming danger of inflation last year, the central banker (annual salary: £575,000) buried his head in the sand.

If he hadn’t dithered over deploying his key weapon of raised interest rates then, he might not be panicking and playing catch-up in tackling the crisis now.

For his shameful complacency, we are all paying an excruciatingly high price. 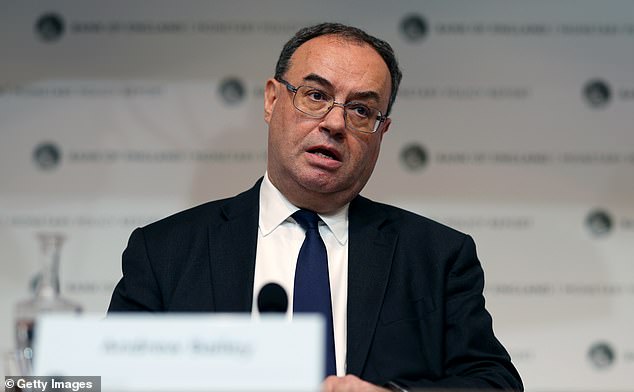 The profusion of medicines available to treat all manner of illnesses and ailments is a wonder of modern science.

These pills and potions, developed by brilliant minds, have saved millions of lives and treated or prevented countless conditions. There is, though, a severe downside. Britain is in danger of turning into a nation of prescription-drug junkies.

So NHS medical chief Sir Stephen Powis is right to order GPs to stop overprescribing, as if there is a ‘pill for every ill’.

Not only can handing out drugs like sweets be bad for patients, it is also an egregious waste of money that could be spent on, for instance, tackling NHS waiting lists.

Surely if doctors assessed more people face to face, they’d more easily identify other ways of dealing with a patient’s health issues, such as exercise or therapy.

Of course, GPs are not wholly to blame. As their numbers slump, those left end up with ever-increasing caseloads – and significantly less time for each patient.

It’s hardly surprising some reach for the easy route out via the prescription pad.

But it must stop. Patients deserve better than being fobbed off with pills that are not magic bullets, but potentially life ruining. 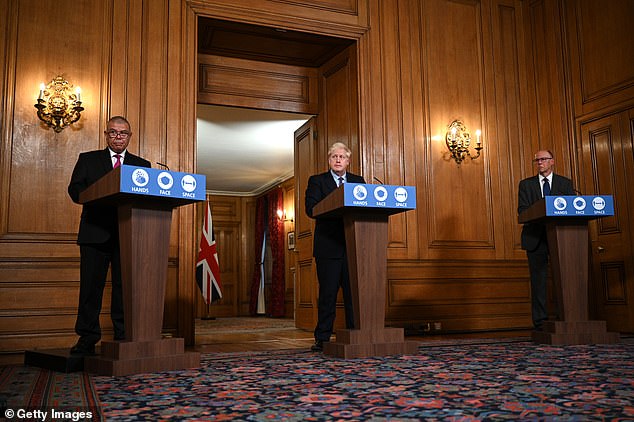 NHS medical chief Sir Stephen Powis is right to order GPs to stop overprescribing, as if there is a ‘pill for every ill’

If Lord Geidt had resigned as the PM’s ethics adviser on a point of high principle, it would have been entirely understandable.

The Queen’s former private secretary likes to paint himself as a man of honour. And Boris Johnson can at times display a casual attitude towards propriety.

Instead, Lord Geidt has flounced out in farcical circumstances. He is angered at Downing Street’s ‘odious’ plan to keep tariffs on cheap Chinese steel imports, breaking World Trade Organisation rules.

But why? This would protect jobs and industry in Red Wall steel communities. The US, EU and many other countries impose levies. And Labour keenly supports them (while hypocritically citing the resignation as evidence of No10 wrongdoing). Some breach of the ministerial code!

The truth is, this is a fig leaf. Lord Geidt wanted a reason to step down because of the PM’s Partygate misjudgments. But throwing such an undignified strop is a distinctly ignominious way to depart.