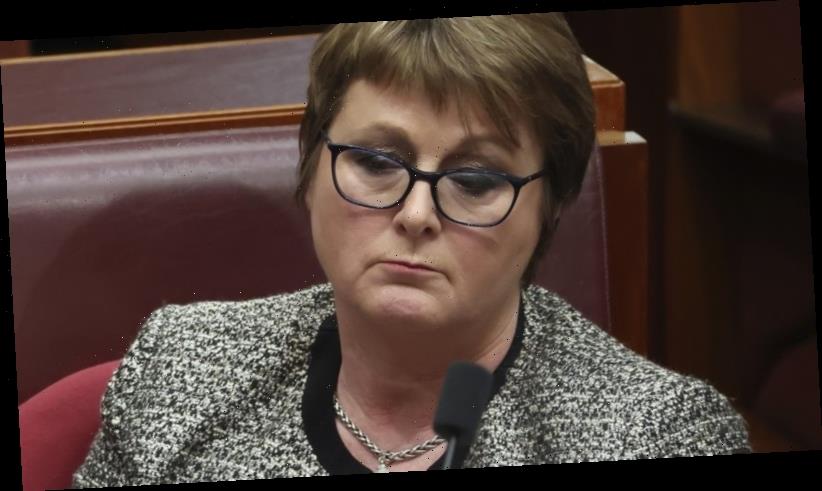 Defence Minister Linda Reynolds says she did not pass on the report of an alleged sexual assault against her former staffer Brittany Higgins out of concern for her welfare and privacy.

In a statement to Parliament, Senator Reynolds said she was “deeply sorry” some of her actions added to Ms Higgins’ distress. 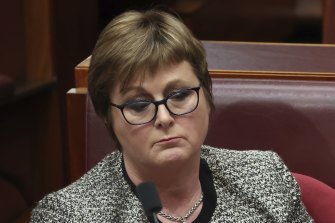 Ms Higgins says she was raped in March, 2019, by another staffer of Senator Reynolds in the Defence Minister’s office after security guards let them into the building late the previous night.

The former Liberal staffer this week told of her distress when Senator Reynolds and the Minister’s then-acting chief of staff, Fiona Brown, set up a meeting on April 1 about the matter in the same room where the alleged rape took place.

Prime Minister Scott Morrison this week publicly rebuked Senator Reynolds for failing to tell him of the reported assault in her office.

“At the time this was a difficult, it was a complex and it was a highly sensitive matter,” Senator Reynolds said.

“At all times to me, Brittany’s welfare and her right to privacy were paramount.”

Senator Reynolds said Ms Higgins’ story had “occasioned a wide reckoning of how women are treated in this building, it has prompted a national conversation about how we ensure women are safe in their workplace wherever that is”.

“I welcome the review announced by the Prime Minister. My hope now is that we can address this very serious issue as a Parliament away from the politics,” she said.

“I became aware incrementally over a period of days of Brittany’s story through private conversations with her and my then-chief of staff and via reports from parliamentary authorities.”

Senator Reynolds said during the April 1 meeting with Ms Higgins she “made it clear to Brittany that she would have my full support in whatever course of action she decided to take and she would have full access to counselling services”.

“My chief of staff and I moved quickly to ensure that Brittany was given access to the police should she wish to make a complaint,” she said.

“In terms of the actions taken by my then-chief of staff and by me in the days and weeks that followed Brittany’s alleged assault – we at all times followed the advice of the ministerial and parliamentary services and the Department of Finance as was appropriate.

“For my part, I am deeply sorry that Brittany felt unsupported at the time of the incident and in the months that followed, and in fact the years that followed.

“I am also deeply sorry that some of my actions and my handling of this matter added to Brittany’s distress.”

Later in question time, Senator Reynolds appeared emotional trying to answer a question on behalf of Home Affairs Minister Peter Dutton and his administration of security grants, and asked the Senate to take the question on notice.

The Sydney Morning Herald and The Age revealed on Thursday an anonymous tip about criminal conduct in Parliament House sparked a security review last year to examine whether officials had interfered with a suspected crime scene in relation to the alleged rape.

Former federal security inspector-general Vivienne Thom was called in by Senate President Scott Ryan and Speaker Tony Smith to review the explosive claims and view footage of closed-circuit television to check serious allegations against officials in the building.

Senator Ryan declined to say in question time on Thursday whether he passed on the reported security breach or alleged assault to the Prime Minister’s Office, saying he would consult with Mr Smith first on what he would say.

Senator Ryan said no member of parliament or their staff had viewed the footage.

“We followed the procedures. The Federal Police requested a viewing of the footage, they saw that footage. With their agreement we continued to store the footage since that time,” he said.

“When we received anonymous and serious allegations, we then referred them to the AFP and we then, following that, commissioned our own independent inquiry to the actions of staff in this building.

Senator Ryan said he struggled “to find the words, be they formal or informal, to fully express my sorrow, occasionally frustration and anger, at what has occurred in this workplace – the alleged sexual assault”.

“It’s occurred on my watch as a Senator and indeed as a custodian of this place,” he said.