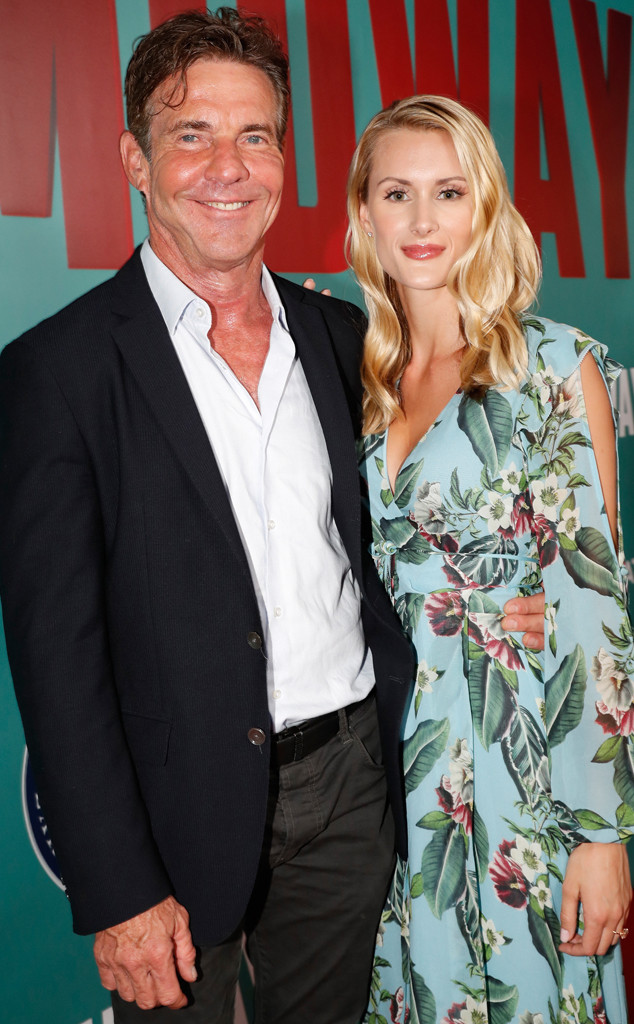 Dennis Quaid and Laura Savoie are on their way to happily ever after.

The actor has been on location in Hawaii promoting his latest film Midway, which was the perfect opportunity to pop the question to his girlfriend Laura he confirmed to Extra. The 26-year-old is a PhD student at the University of Texas, and the couple began dating earlier this summer. When you know, you know!

Dennis was previously married to P.J. Soles, Kimberly Quaid, and Meg Ryan who he called his “most successful relationship” to date. Dennis and Meg share 27-year-old son Jack Quaid together. Jack followed in his famous parents footsteps and became an actor as well, starring in such films as The Hunger Games and Rampage.

“Despite what my parents do, they’re still a mom and a dad,” he shared with the podcast Allegedly with Theo Von and Matthew Cole Weiss. “They’re not like their characters at the dinner table.”

He also opened up about the role his parents divorce played in his own childhood. “You’re old enough to know what’s going on, but young enough to be kind of naïve about it,” he shared. “It’s a whole deal,”

Dennis is also father to twins Thomas Quaid and Zoe Quaid that he shares with ex-wife Kimberly, and had also recently dated model Santa Auzina, but the couple broke up earlier this year after more than two years together.

Wishing the happy couple the lots of love on their new chapter together.