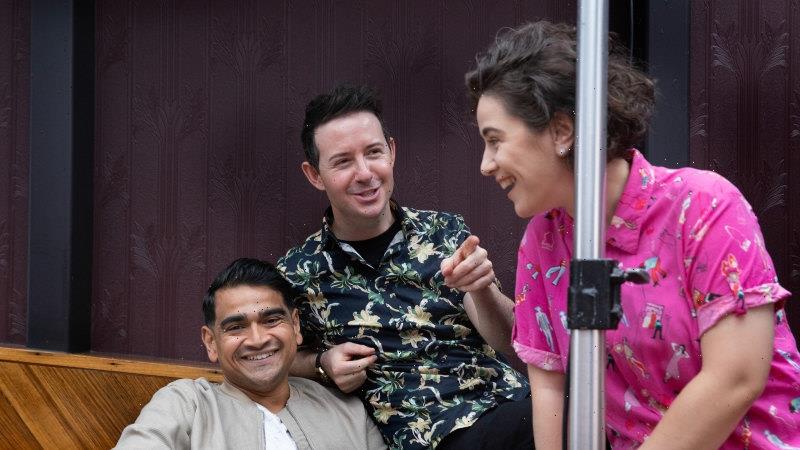 Hopefully you’ve made the most of it. Our reviewers certainly did – here they pick the festival’s best acts, best jokes and their tips for “if you have to see one more act this weekend before it’s too late, make sure you see…” 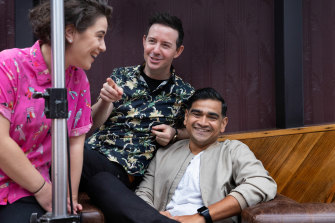 Tyson Wray: Anna Piper Scott’s Queer & Present Danger was a heartfelt and hilarious exposition of Scott’s transition. She’s doing a return season at The Butterfly Club in May, don’t miss it. Ben Knight’s Teacher was my personal hidden gem of the festival, poignant, eye-opening, cleverly crafted and damn funny. And Blake Everett and Oliver Coleman’s Dig Their Own Graves was utter madness and absurdity in the perfect late-night slot.

John Bailey: Nath Valvo for pure laughs-per-minute. Geraldine Hickey is at the top of her game right now. I’d also recommend newcomer Bec Charlwood’s Dirty Girl – it’s rare that a festival debut is so slick. Her (already extended) season has ended, but remember her name. You’ll be hearing more of her.

Mikey Cahill: Luke Heggie showed off his black belt in sardonic anti-Australiana with Lowbreed. I can’t stop thinking about him sitting on the throne at a gender-neutral toilet, doing his worst, two girls in high heels about to use the same cubicle after him and the quip “This is the future we all fought for”. Five extra shows this weekend, chop chop.

Geraldine Hickey’s What a Surprise exhibited a comic so comfortable in her own skin that by osmosis for an hour we become her. Heart-in-mouth moments: Damien Power faking us out with a Chinese accent that scrambled our outrage radars, Daniel Muggleton’s squirming sperming specifics, Greg Larsen and a razor, Michelle Brasier’s bloody traumatic flight, Aaron Chen’s manky foot, Sami Shah’s shag (with a racist) and an octogenarian heckle in the front row of Aidan ‘Taco’ Jones’ show.

Donna Demaio: Bob Franklin’s wry smile springs to mind. He’s intrinsically funny. Over the decades that I have been witness to his brilliance, he has never failed me. Nath Valvo has spunk, and Max Watt’s is the perfect space, replete with shimmering curtain backdrop, for the bubbly, cheeky, sarcastic, energetic comic. And Chris Ryan is another on my must-see list. Her four-minute tease (and I’m not just referring to her massive hair) at Upfront were tantalising.

Favourite jokes of the festival

John Bailey: Professional human Stuart Daulman, whose response to an invitation to pre-dawn yoga was ‘namaste in bed’. A dad joke, maybe, but he nails the delivery.

Tyson Wray: “Lately I noticed that I’ve been getting a lot more girls’ numbers at bars, which is nice… technically I stole the COVID sign-up sheet.” Patrick Golamco, RAW Comedy National Grand Final.

“I don’t drink anymore. I used to be an alcoholic, but I stopped when they cut my umbilical cord.” Elliott Stewart, The Comedy Zone.

Donna Demaio: My biggest Festival giggle lasted an entire hour, as I was bewitched by the timeless shenanigans of Lano and Woodley.

Mikey Cahill: In Blake Everett and Oliver Coleman’s Dig Their Own Graves a camel approaches them at an oasis, asking for water. Everett responds with a salesman pitch riddle: “If only the straw that broke the camel’s back could be used to sip from its hump”. 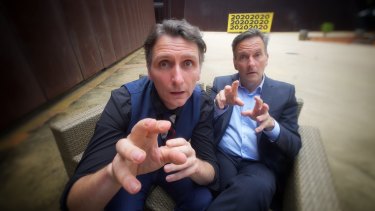 Tyson Wray: The Festival Club tonight (Friday). With so many shows already sold out, this is your final chance to witness a hand-picked lineup of the festival’s finest, such as Nath Valvo, Alex Ward, Dane Simpson, Lloyd Langford, Brett Blake, Dilruk Jayasinha, Dan Rath, Melanie Bracewell and Floyd Alexander-Hunt, followed by the the Lip Sync Battle grand final hosted by Michelle Brasier and Josh Glanc.

Anything can and everything does happen at The Festival Club – including an on-stage proposal last Saturday night.

John Bailey: The Listies’ ROFLSHALBOWCO at the Arts Centre’s Fairfax Studio. It’s more messy, shambolic mirth from a duo who know what kids want from their comedy and deliver it by the bucketload. The five- and six-year-old I took along were reenacting scenes all the way home, their vocabularies having been expanded into colourful new territory.

Donna Demaio: It’s devastating not to have caught Jude Perl, yet. It was my first time hearing her sing at the Comedy Festival launch event and then I found myself revelling in another of her tunes at Upfront at the Melbourne Town Hall this week. I am desperate for more.