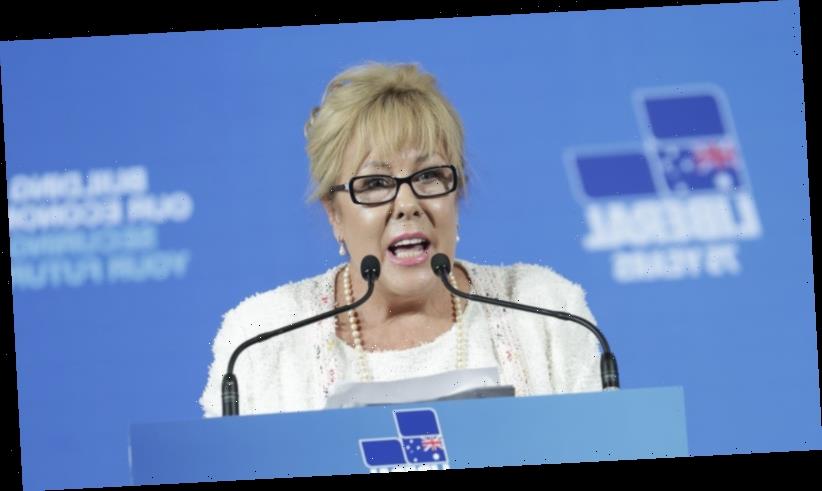 The Liberal Party has taken out a gag order against one of its most senior female executives, federal vice-president Teena McQueen, as the election cycle enters its critical phase.

But the firebrand conservative is refusing to stay silent, continuing to appear on television and telling The Sun-Herald: “Do you think anyone could gag me?” 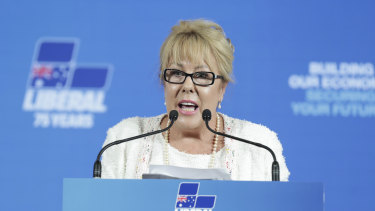 Teena McQueen, pictured at a Liberal Party federal council meeting in 2019, is among those banned from speaking.Credit:Alex Ellinghausen

The Liberal federal executive passed a motion last Thursday declaring that “until the date of the next federal election” only its federal president John Olsen and federal director Andrew Hirst may make public statements, written or oral, about federal party matters.

While the gag order applies to other executive members equally, several Liberals with knowledge of the motion say it was directed primarily at Ms McQueen, whose public appearances have caused angst within the party.

“She’s been constantly warned about her appearances by various party officials, including the last two presidents,” one Liberal source said.

Less than two months before the 2019 election, Ms McQueen delivered what was widely regarded as a “trainwreck” performance on the ABC’s high-profile Q&A program.

It included fond recollections of then US president Donald Trump at a Miss Universe pageant in 2006 and baseless accusations that then Greens leader Richard Di Natale was “inciting violence” – a comment that was quickly dismissed by then host Tony Jones as “probably defamatory”.

In the aftermath of the program, the Herald reported that NSW Liberal Women’s Council president Mary-Lou Jervis complained to party bosses that Ms McQueen did not represent the vast majority of Liberals and was not authorised to speak on their behalf.

Just days after last week’s gag order was imposed she appeared on Paul Murray Live and discussed party matters, including her observation that most NSW branch members “aren’t anywhere near wanting quotas [for women] yet” and would not accept such a policy.

“We really believe in the best candidate for the best job,” she said. “It’s not like the bad old days where factional bosses picked who goes where. Those days are over, thank goodness.”

Contacted by The Sun-Herald, Ms McQueen said she could not comment on the federal executive’s decision. But she vowed to keep appearing on television and in the media.

“When I have time, sure,” she said. “Do you think anyone could gag me? Clearly they didn’t watch Sky [News].”

The three other vice-presidents similarly hit by the gag order are national flag enthusiast Allan Pidgeon, Melbourne businesswoman Caroline Inge and West Australian Fay Duda, who is also honorary consul for the Republic of Korea in that state.

Asked for comment, a Liberal Party spokesman said “the motion covers all members of federal executive”, not just Ms McQueen.

The next election – assuming it is a regular House of Representatives and half-Senate election – must be held by May 21, 2022.

27/03/2021 Lifestyle Comments Off on ‘Do you think anyone could gag me?’: Liberal Party silences its own vice-president
Lifestyle