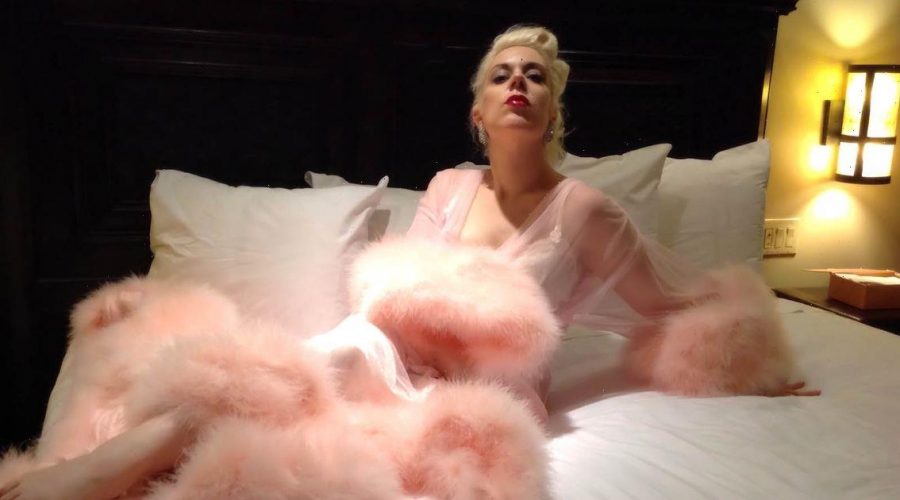 A shrewd woman is cashing in on submissive men.

Since setting up her business in 2003, she’s gone on £65,000 spending sprees, popped bottles of Dom Pérignon Champagne and gorged on caviar.

Diamond also earned a fortune from men who plead to be humiliated by her.

While some beg her to get them into debt, others have paid to kneel in front of pictures of her. Diamond told the Daily Star: “A paypig purchased a pair of pastel pink stiletto heeled boots for me, I call him floorlicker.

“After a few months, he begged for the opportunity to pay $1,700 to be allowed to lick the soles of my pink boots clean.

“I wore them out and about shopping, and then mailed them to him.

“He gratefully licked the soles of my boots clean and sent them back.

“But then I didn't want to open the box, so I left them in my garage still in the package.” As Diamond no longer wanted to touch the saliva-covered stilettos, she came up with an enterprising way to make more cash from them.

She got them to bid on the slobbery shoes – with no intention of ever sending them.

Diamond revealed: “Next I came up with a great idea. I told everyone about the box and how I didn't want to open it because paypig floorlicker had slobbered all over my boots.

“And so I was going to run an auction where other paypigs could bid to win the opportunity to receive the box with my boots inside – and lick the soles of my boots clean too.” Diamond continued: “However, I told them I wouldn't even bother sending the box to them, this was a ‘Rip Off Auction’.

“They all bid like crazy to win the opportunity to pay for the idea of it and for NOTHING else.

“I auctioned those boots several times over, again and again, and never sent them to anyone ever again.

“They spent countless thousands on them.

“I'm pretty sure they are still in a box somewhere in my garage!” “Rip off auctions” aren’t the only way Diamond has raked in a fortune over the years.

She charges wealthy men upwards of $50-a-minute (around £36) to chat to her on the phone.

They can also pay around $500 (around £360) for a three-minute video of the glamorous mistress spending their hard-earned savings.

Previously, Diamond told WalesOnline: "One of my paypigs alone contributed $12,000 (around £8,500) for my Beverly Hills stay and Rodeo Drive shopping trip.

Contrary to popular belief, Diamond doesn’t have to offer any sexual services in return or even meet her clients face to face.

She said: "I haven't met any of these paypigs – they know I have no interest in meeting them in person.

"They are just there to cater to my lifestyle. I've made millions."

And for more lifestyle stories, sign up to our free Hot Topics newsletter here.