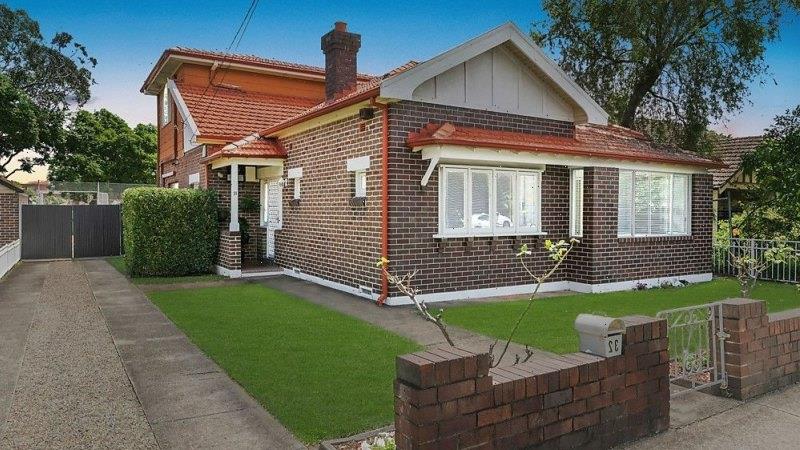 Want to trade up to Sydney’s top-end housing market? If you already own in the eastern suburbs, Strathfield or north shore then there’s a good chance you’ve already made the cut.

Figures from CoreLogic’s latest Home Value Index reveal that houses worth close to $5 million rank among Sydney’s top 2 per cent, shifting the perception of what constitutes elite housing in the harbour city. 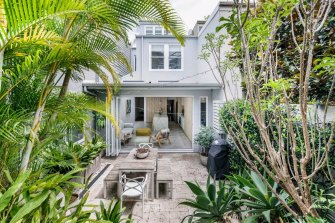 A Victorian terrace in Paddington with three bedrooms and renovated interiors sold for $4.8 million by BresicWhitney’s Maclay Longhurst.

“This dispels the myth that to buy into the top of the Sydney market you need $20 million,” CoreLogic’s head of research Tim Lawless said.

“That price would actually signify the top 99.5 per cent of the market.

“People forget how large Sydney is: it includes the Central Coast, Blue Mountains and the Sutherland Shire, and that’s a huge area, whereas a lot of people are focussed on Point Piper and Bellevue Hill.” 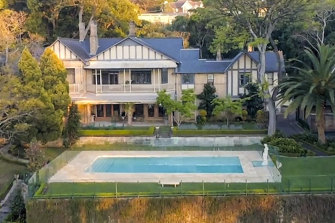 “That makes Fairwater a one in about 9 million, given how many dwellings there are nationally,” Jacobs said.

But the figures will be cold comfort to the vast majority of Sydney homeowners. The top 2 per cent has a threshold price of $4.88 million, more than four times the $1.12 million median value of all homes in Sydney.

Lawless said the wide price gap between the median and top 2 per cent indicates a greater diversity of housing in terms of geographical area and price extremes from one end of the city to the other. Whereas a narrower price difference between the two figures, such as in Canada Bay, indicates a more homogenous market.

Making it among Sydney’s top apartment owners is, unsurprisingly, a lot cheaper. The top 2 per cent of apartments start at $2.415 million – almost three times the median of $829,598.

But cracking the top-end housing market in an area like Woollahra Council comes at considerably more cost given it includes some of the most expensive suburbs in the country, like Point Piper, Vaucluse and Darling Point. Its top 2 per cent median is $13.83 million.

PPD’s Alexander Phillips, who sold a contemporary five-bedroom house with a pool and designer interiors in Woollahra village recently for $13.15 million, said the vast majority of buyers in the area were already established in the housing market, so they tended to be already cashed up. 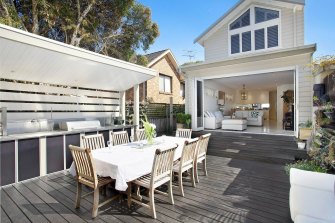 A four-bedroom semi on 265 square metres on the flats at Manly sold by The Agency’s Jake Rowe for $4.81 million.

The country’s second priciest LGA is over the harbour in Mosman, with a top-end median of $11.385 million, followed by Waverley Council’s oceanfront suburbs of North Bondi, Bronte and Tamarama at $8.747 million.

Only two Melbourne local government area’s crack the top 10 list of most expensive areas: Stonnington, which is home to well-heeled Toorak, has a top median of $6.899 million, and the waterfront Bayside area at $5.838 million. 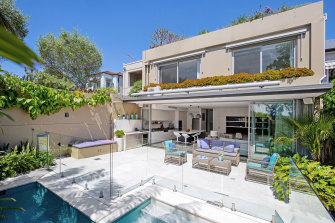 A contemporary house in Woollahra village with a swimming pool and designer interiors sold by PPD’s Alexander Phillips for $13.15 million.

Strathfield is the most expensive LGA in Sydney’s inner west, with a top-end median of $4.909 million that almost matches the top two per cent for broader Sydney. 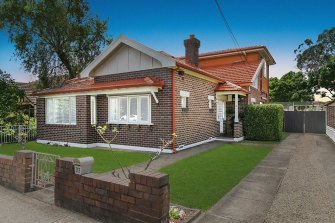 A Californian bungalow in Strathfield on 1119 square metres with a swimming pool and tennis court sold for $4.8 million.

“Once you get close to $5 million there are not many sales in the Strathfield area, but the vast bulk of houses sales are in that $3.5 million to $4.5 million range,” said local agent Matthew Everingham, of Richard Matthews Real Estate.

“But then you go to parts of Belfield inside the council area, and it’s much more affordable.”

Regional areas like Byron Bay and the Wingecarribee Shire, that includes the Southern Highlands, lagged behind Sydney’s top of the market, but still ranked better than the Sutherland Shire and Hills District and Georges River areas for top-end values.

03/06/2022 Lifestyle Comments Off on Dreaming of Sydney’s top-end housing market? You might have already made it
Lifestyle