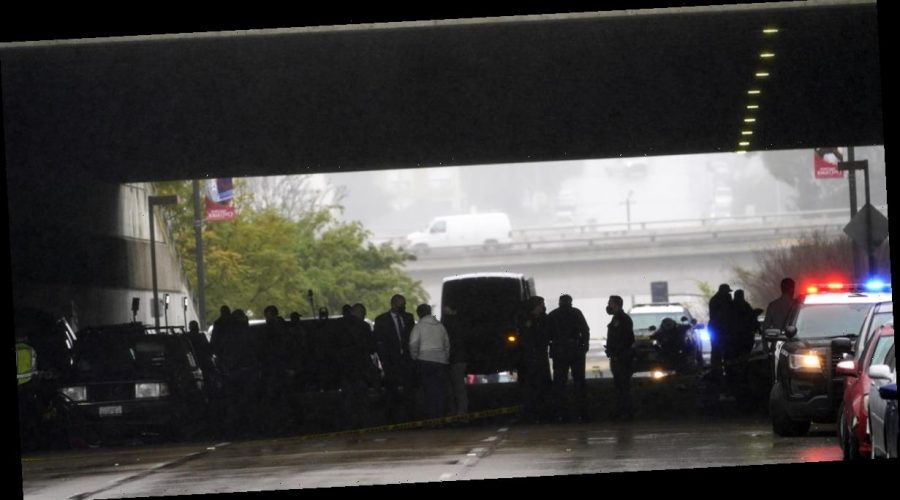 A driver plowed through a sidewalk homeless encampment in downtown San Diego on Monday, killing three people and injuring six others, authorities said. Craig Voss, 71, was heading through a tunnel underneath a community college campus when he drove his Volvo station wagon up on the sidewalk shortly after 9 a.m., San Diego Police Chief David Nisleit said.

Voss was arrested at the scene. He faces three counts of vehicular manslaughter, five counts of causing great bodily harm and a felony DUI, Nisleit said, adding that Voss underwent a field sobriety test administered by a drug recognition expert. He did not elaborate or identify whether Voss was under the influence of alcohol or any other substance. He said additional charges may be coming.

It wasn’t immediately known if Voss had a lawyer who could speak on his behalf.

Mayor Todd Gloria said most, if not all of the nine people who were struck were homeless.

“They were there because they felt like they had nowhere else to go,” Gloria said. “This crash this morning did not have to be so devastating. Let me state it very clearly, a street is not a home.”

Three people died at the scene. Five of the six others who were injured were taken to hospitals. Two were in critical condition. San Diego Fire Chief Colin Stowell said both were “awake, alert and answering questions.” 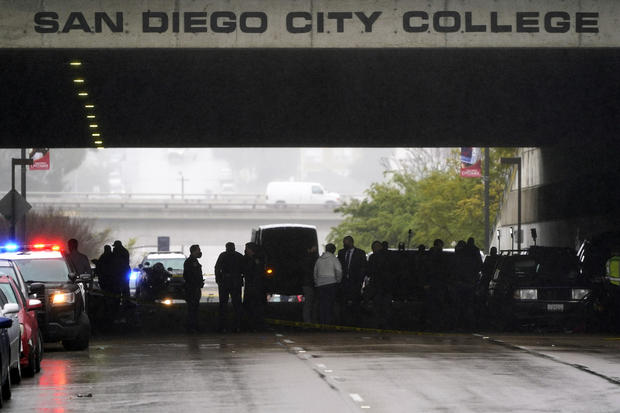 Ronnie Williams told reporters he was among the last to be hit by the car, describing the incident as “a nightmare, like a really quick nightmare.” Williams said three of his friends were taken to a hospital.

“The way he was riding down the sidewalk, it was like he didn’t take his foot off the gas until he got to the other side of the street,” Williams said.

The sidewalk had tents on it. Nisleit said homeless people may have moved under the bridge to get out of the rain just before the car plowed through.

“I don’t know if people were sleeping or people were sitting there,” he said, adding that authorities scrambling to get people medical help would then turn to finding the answers to those questions.

The driver got out of his car and tried to help people before identifying himself to police, Nisleit said.

“He was cooperative, (and) did not try to run away,” the chief said, correcting earlier reports from police that Voss had tried to flee.

Multiple ambulances, five fire engines, a helicopter and more than 60 first responders rushed to the scene near San Diego City College where on a typical weekday morning it is a busy area with students walking by. But classes have been online amid the coronavirus pandemic.

Lisa Brotzman said she was peering out of a window in her tent just as the car swerved to the right shoulder, “spun out of control” and jumped onto the sidewalk in the tunnel where people were waiting out the rain.

“Someone was screaming, ‘Ahhh! Ahhhh!'” Brotzman told The San Diego Union-Tribune. “Two or three people were yelling and screaming. It was scary.”

The deadly crash highlights the inherent risks to the homeless population in California, where the tents and tarps of homeless people line not only downtown sidewalks but are near ramps where cars accelerate as they enter freeways. More than 150,000 people are homeless statewide. The number has increased during the pandemic that has upended the economy.