A rare 50p coin, which has sparked many a bidding war on eBay, has been sold recently for £820.

Two bids were made on the coin, netting the seller, from Stourbridge, a tidy £820.

Writing about the coin in the listing, the seller said: “Minor damage to the packaging, the seals have opened on either side. Please see photos.

“Rare opportunity to purchase this coin.”

Coin collecting website Change Checker shed more light on why the coin is so rare.

The piece was created for the 2010 Olympics, held in the UK.

Various coins were minted to celebrate popular Olympic sports, including athletics and football.

This coin honoured he aquatic sports, and pictured a swimmer cutting through water. 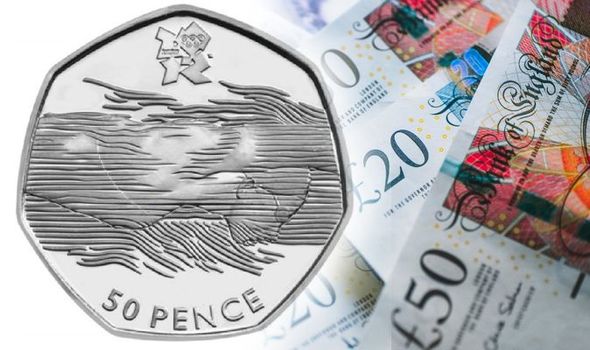 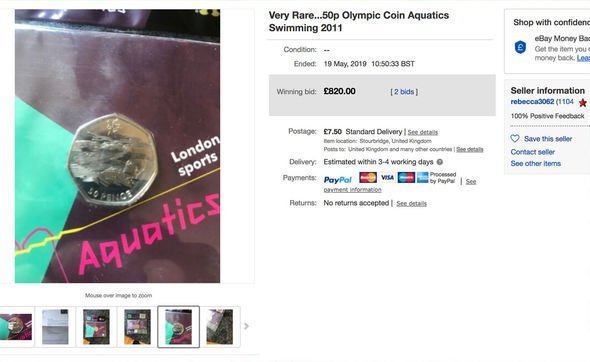 An early version of the piece saw lines depicting water steaming across the swimmer’s face. However, these lines were later removed.

Change Checker said: “Before the change was made, a small number of coins were struck with the original design.

“The added sense of excitement and anticipation over this particular error is that nobody knows exactly how many of the original coins were ever struck.

“Their rare appearance at auction (and only so far in their original packaging) along with the astronomical amounts which buyers are happy to pay, supports the theory that there are very few around.” 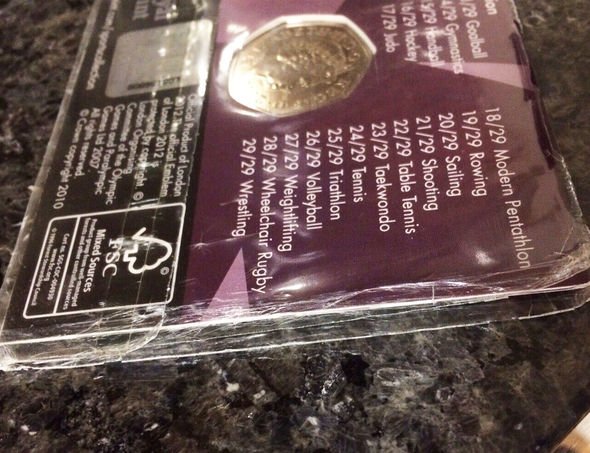 Despite the high asking price, the seller admitted they do not know anything about rare coins.

They said: “I know nothing about coins or coin collecting but I believe this is a rare 2017 Benjamin Bunny 50p Coin.”

The coin on offer is from the 2017 batch of Beatrice Potter coins.

The most rare £1 coins are all part of a series celebrating the British capitals.

The rarest 50p coin is the Kew Gardens coin, which is also the rarest coin in circulation. It there were only 210,000 minted.

It is not so easy to evaluate the rarest 20p coins, 10p coins and even 2p coins as exact circulation figures are not known.

However, various versions of the coins are known to sell for large sums.