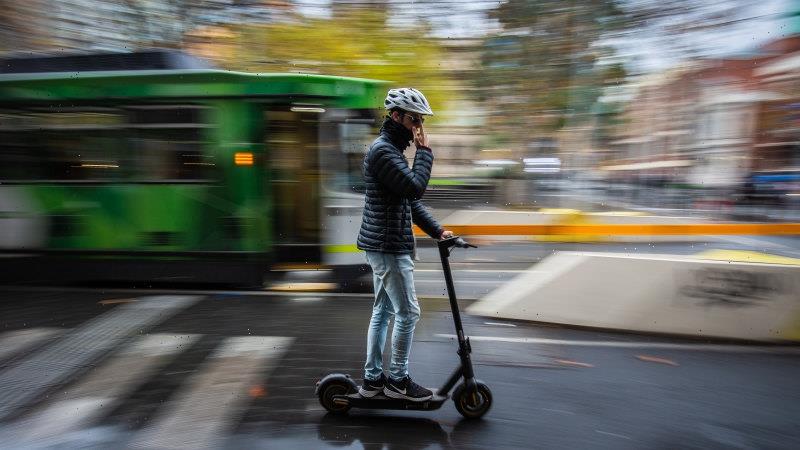 Masters student Declan knows the way he gets to Melbourne University and work most days is illegal.

But fed up with what he calls Victoria’s “ridiculous” ban on privately owned electric scooters, he decided three years ago to do it anyway. 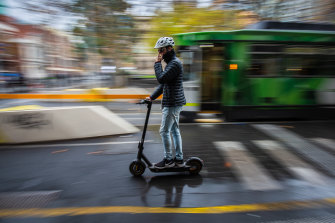 “It got to a point where I thought, this is so stupid, I’m just going to ride one,” said Declan – who asked that his last name not be published – en route to campus on Wednesday.

“You look at other states, or you look around the world where people are serious about action on climate change, e-scooters are the first thing – green transport is such a big deal.”

Declan says riding his scooter saves him 15 minutes getting to work compared with public transport, and he avoids at least three short car trips a week. Such benefits have driven a growing number of Melburnians to buy the electric devices from major retailers such as JB Hi-Fi and Harvey Norman, undeterred by fines of between $182 and $909 if caught riding the scooters on public roads.

Queensland, South Australia, Tasmania and the ACT have already legalised private e-scooters, but Victoria permits only an inner-city share scheme operated by Neuron and Lime. The 12-month trial started in February, and the e-scooters have so far been used more than 1 million times. The trial will help the Department of Transport decide if or how Victoria should legalise private ownership. 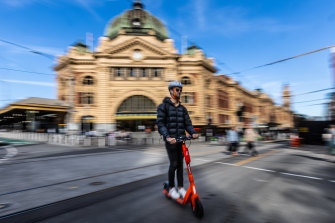 Share scheme scooters are the only devices currently legal to use on public roads in Victoria. Credit:Jason South

Users were often riding illegally on footpaths and endangering pedestrians, some of whom had been hit and seriously injured, he said.

“If governments want e-scooters, they need to make streets and bike lanes safer, and ensure riders are separated from walkers,” Rossiter said. “Footpaths should be safe for everyone, particularly older walkers, people with disabilities [and] families with kids.”

Stephen Coulter, founder of Zipidi, a consultancy that advises cities on plans to integrate e-scooters into their transport systems, estimated about 100,000 e-scooters were already privately owned in Victoria.

He said the media had sensationalised scooter safety risks, and he predicted Victoria would legalise private ownership by the end of this year.

Legalising private ownership would mean governments could start educating the public on how to ride them safely, he said, “because they won’t educate people on how to do an illegal activity”.

“The other consequence of not legalising all of them is that there’s no insurance – any insurer will reject your claim because the rider is doing an illegal activity,” he said.

Rossiter said if governments legalised private scooters, they should establish a TAC-style compensation scheme for pedestrians who were hit and injured. Neuron and Lime’s shared scooters include personal liability insurance but a claim will not be paid if the user was riding illegally on a footpath.

Victoria Police said it was aware of 94 crashes involving e-scooters since the start of the year, but could not say how many had involved pedestrians.

A spokeswoman said that in the first five months of 2022, police issued 66 fines for riding a privately owned e-scooter, 100 fines for footpath riding and 88 for carrying more than one person. 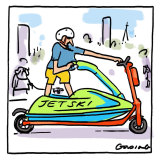 A spokeswoman for the Department of Transport said community safety was its priority during the e-scooter trial, and it was working with police, councils and the e-scooter operators to monitor the trial’s progress.

“We will have more to say following its completion in 2023,” she said.

Julian O’Shea, a researcher at Monash University’s Mobility Design Lab, said e-scooters and other “personal mobility devices” could help bust congestion in car-dependent Melbourne, and their emergence was another reason to build more and better bike lanes.

“Most scooterists don’t really want to be on footpaths, the preferred space is overwhelmingly bike lanes and bike paths,” he said. “Really, they’re only using footpaths if there’s no safe spot on the road.”

A Lime spokesman said the company was investing in technology to identify riders who went on footpaths and ban them from the platform.

A Neuron spokeswoman said the company’s scooters included a voice prompt to remind users not to ride on footpaths, and the vast majority of its users followed the rules.

15/06/2022 Lifestyle Comments Off on Electric scooters are everywhere, but many are still illegal
Lifestyle