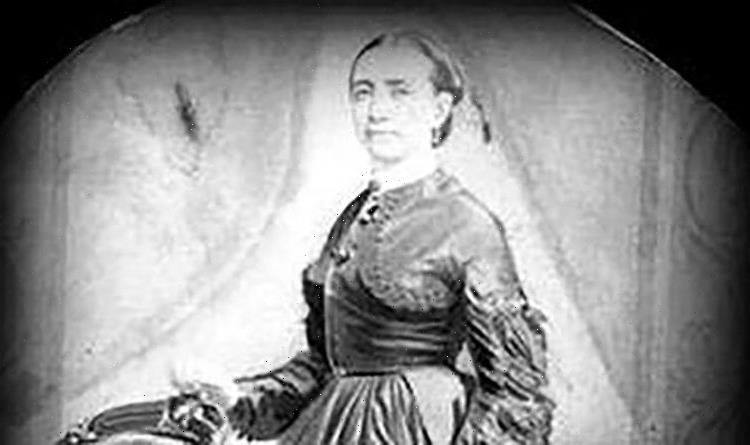 The British beauty will reunite with Jungle Cruise co-star Dwayne Johnson for the true life story of American daredevil Kate Warne: a mistress of accents and disguise who captured killers, ­poisoners and bank robbers, and thwarted a presidential assassination. “I do love the leap into the unknown,” says Blunt, whose films include Mary Poppins Returns, the Tom Cruise action adventure Edge of Tomorrow, and The Devil Wears Prada. “I love it about every choice I make. I just like to do stuff that moves me.” Like Blunt, Kate Warne enjoyed leaping into the unknown, blazing a trail for women in law enforcement. Warne first became a detective in 1856 at the age of 23, joining America’s famed Pinkerton Detective Agency: an all-male bastion of machismo.

Women weren’t allowed to join the police force in the US until 1891, and not until 1910 did one become an officer. Britain’s first female private detective didn’t arrive until 1905, and it wasn’t until 1915 that the UK saw its first female policewoman with powers of arrest.

Born in Erin, New York, in 1833 and widowed by the age of 22, Warne shattered the glass ceiling at the ­legendary detective agency when she demanded an investigator’s job.

Scottish founder Allan Pinkerton only employed women as secretaries and clerks, but Warne persisted, explaining that women could be “most useful in worming out secrets in many places which would be impossible for a male detective”.

She pointed out that women had an eye for detail, and had more acute powers of observation than most men.

“In spite of the novelty of her proposition, I determined to give her a trial,” Pinkerton wrote in his memoir, adding that he found her to be, “an intelligent, brilliant and accomplished lady.”

Warne quickly proved herself a natural sleuth, able to ­inveigle her way into the confidence of those closest to murder and robbery suspects.

“Most of these men have wives or mistresses in whom they confide to a great extent,” said Pinkerton. “The testimony of these women, then, became the sole means by which to convict the criminals.”

She variously disguised herself as a Southern belle, eccentric fortune teller and a benevolent neighbour to beguile her targets, and had the ability to cry at will.

Warne impressed Pinkerton in investigations where she pretended to be his wife, and many within the agency believed they became lovers. His brother and partner, Robert, complained of their “sordid relationship” and her lavish expenses for undercover work. But she made the company much more money than she spent.

Her first big case was investigating embezzlement at the Adams Express freight company, where bosses suspected employee Nathan Maroney of stealing $50,000. Warne befriended Maroney’s wife, who eventually confided to her new friend her husband’s guilt, along with information allowing Warne to track down most of the stolen cash.

After four years of investigative success, Warne was promoted. Pinkerton said: “She soon showed such tact, readiness of resource, ability to read character, intuitive perception of motives, and rare discretion, that I created a female department in the agency, and made Mrs Warne the superintendent thereof.”

The Lady Pinkerton operatives, known as Pinks, quickly became a valued asset for the detective agency, enjoined to maintain the highest moral and ethical code.

Warne was investigating threats to attack the Philadelphia, Wilmington and Baltimore Railroad in 1860 when she helped uncover a plot to assassinate newly-elected president Abraham Lincoln en route to his inauguration.

Posing as a wealthy pro-slavery southerner, Warne infiltrated the conspirators’ group and discovered details of their scheme to kill Lincoln as he passed through Baltimore’s railroad station.

Warne then became Lincoln’s personal bodyguard, watching over him through speaking engagements that he refused to cancel, and then travelling with him to Washington, D.C.

She disguised the instantly-recognisable president-elect as an invalid wrapped in a shawl, abandoning his trademark stovepipe hat, with gun-toting Warne posing as his sister.

Through her days watching over Lincoln and traversing several states, Warne never rested, inspiring the Pinkerton agency’s legendary motto: “We Never Sleep”, which appeared beneath Pinkerton’s corporate logo: a large eye in a triangle, which ultimately gave birth to the phrase “private eye” – all thanks to Warne.

When the American Civil War erupted in 1861, Pinkerton put Warne in charge of the Union Intelligence Service, a precursor to America’s Secret Service, spying on Confederate troops.

Through the war she worked as a secret agent, risking her life deep in Confederate territory, hiding behind more than a dozen aliases. Her colleague, English-born Pinkerton agent Timothy Webster, was caught and hanged as a Union spy.

After the war’s end, Warne solved the murder of bank teller George Gordon, killed while being robbed of $130,000 in Atkinson, Mississippi. Pinkerton suspected fellow bank employee Alexander Drysdale, but lacked evidence. Warne was sent to befriend Drysdale’s wife, who eventually confided about the robbery, and revealed where the cash was hidden.

Warne also helped prove that a Mr Pattmore was trying to poison his wife, with the aid of his suspected lover Annie Thayer. Warne posed as Lucille, a fortune teller, eliciting the truth about the murder plot from the would-be killers’ confidantes.

In his memoirs, Pinkerton called Warne one of the five best detectives he had ever known, and said: “She has never let me down.”

But a life of danger on the road took its toll on Warne, and her sleuthing exploits were short-lived. She contracted a lung infection, most likely pneumonia, in 1868, and within days she was dead. She was only 34 years old. Warne was buried in the Pinkerton family plot, eventually to lay for eternity alongside agency chief Allan Pinkerton.

Interred in the famed Graceland cemetery in Chicago, her gravestone tellingly misspelled her last name as Warn – as if she was in disguise to the end.