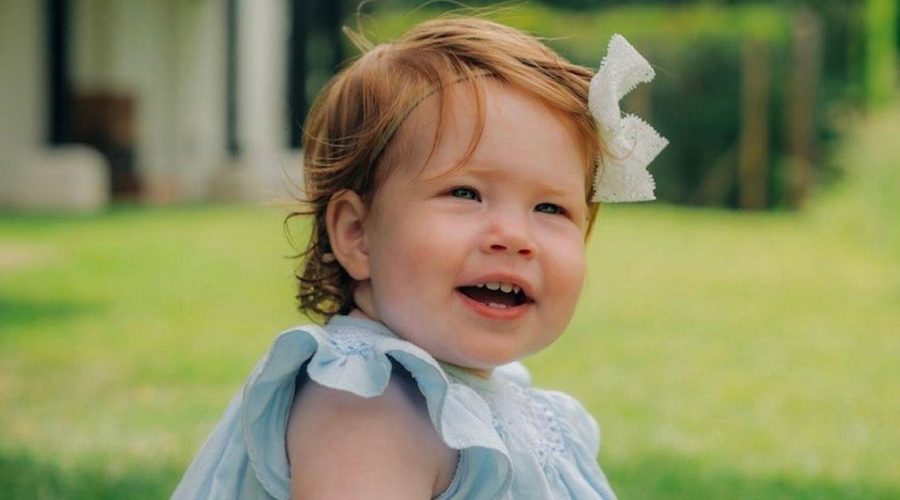 Fans of Meghan Markle and Harry believe they have cracked the case of baby Lilibet's adorable blue birthday dress, but to a sad conclusion.

The company thought to be behind the toddler's first birthday frock has recently gone out of business, with California-based designer Isabel Garreton having founded the firm more than 30 years ago.

Parents Harry and Meghan released the sweet picture of Lilibet in her dress, believed to have been taken by pal photographer Misan Harriman at her garden picnic party, last week.

Family and friends attended the private event in the garden of Frogmore Cottage at Windsor Castle, including Zara and Mike Tindell, while Lilibet happily smiled for her photo.

The young tot wore a charming blue smock dress, with its trademark voluminous style creating a precious balloon-like effect when Lilibet was photographed sat on the grass.

It comes with a matching bonnet and pants, while Lilibet wore a white ribbon in her strawberry-blonde hair, which is disarmingly similar to that of a young Prince Harry.

Designer Isabel recently shared the emotional news about her company, which was founded in part to "support the advancement of underprivileged women" and help to break "the cycle of poverty", in May.

She said: "In the coming month we will be closing Isabel Garreton, Inc., the company I founded over 30 years ago with one goal in mind: to provide a dignified work opportunity to underprivileged women through the development of a finely designed and crafted collection of children’s clothing.

"The staying power of Isabel Garreton as a brand, the number and exclusivity of its loyal customers accumulated over 30 years, presence in the best stores in the country and the absence of debt generated serious interest in the Isabel Garreton brand.

"We entertained offers but decided against selling the brand because it is my name and no interested parties convinced me they would continue the ethical manufacturing approach that has defined who we are."

It comes after Meghan and Harry kept a relatively low profile during the Queen's Platinum Jubilee weekend, opting to spend their time under the radar as non-working members of the Royal family.

The couple held a special birthday picnic for Lilibet on Saturday, June 4 – the same day Harry's brother and sister-in-law Will and Kate had flown to Cardiff, Wales for a special appearance on behalf of Her Majesty.

Meghan and Harry reportedly held a small backyard picnic with close family and friends, and filled it with activities such as face painting and games for the children.

The new photo of Lilibet was released upon the family's return to the US after making an early exit from the bank holiday celebrations.

For all the latest royal stories, sign up for OK! 's daily newsletter here.