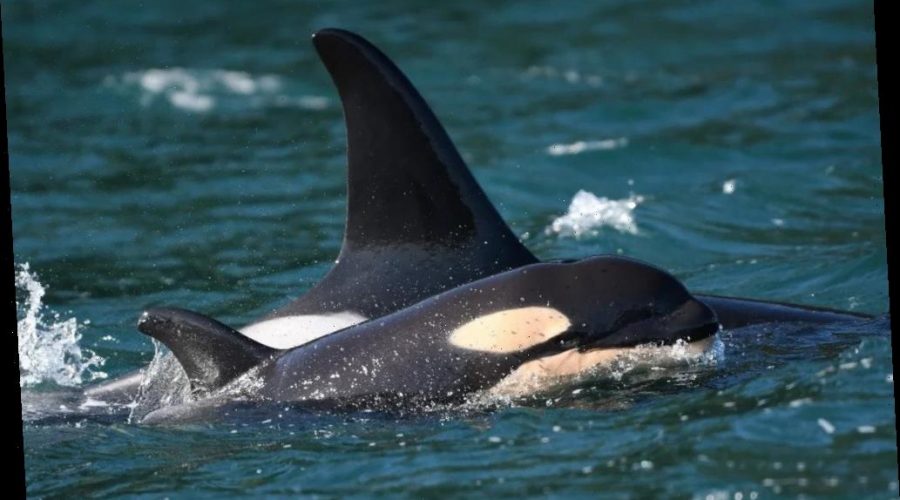 A family of endangered southern killer whales has a new baby orca.

Washington's Center for Whale Research confirmed the birth on Wednesday, a new arrival that "thrilled" their experts. The calf was born into the L Pod — one of the family groups that make up the West Coast's endangered southern killer whale community.

The sex of the new baby orca, L125, has not yet been confirmed. The center said that L125's size and shape are "typical of a calf in good physical condition," and experts believe the baby is about 1 to 1 ½ months old.

"It is nicely filled out and appears to be a perfectly normal little calf," Dave Ellifrit, an identification expert with the Center for Whale Research, who captured pictures of the newborn, said in a statement. The new baby is the first calf born into L pod since January 2019 when L77 gave birth to L124. According to The Seattle Times, it brings the total southern killer whale population to 75. "It's just wonderful to see a new birth this early in the year; it's pretty exciting," Deborah Giles, a researcher with the University of Washington's Center for Conservation Biology, told the outlet. "It gives you hope for the other ones."

The other calves born into the J pod family in 2020, J57 and J58, were also observed while experts were out identifying the new L-pod calf. The center said the J-pod calves "looked to be doing well."