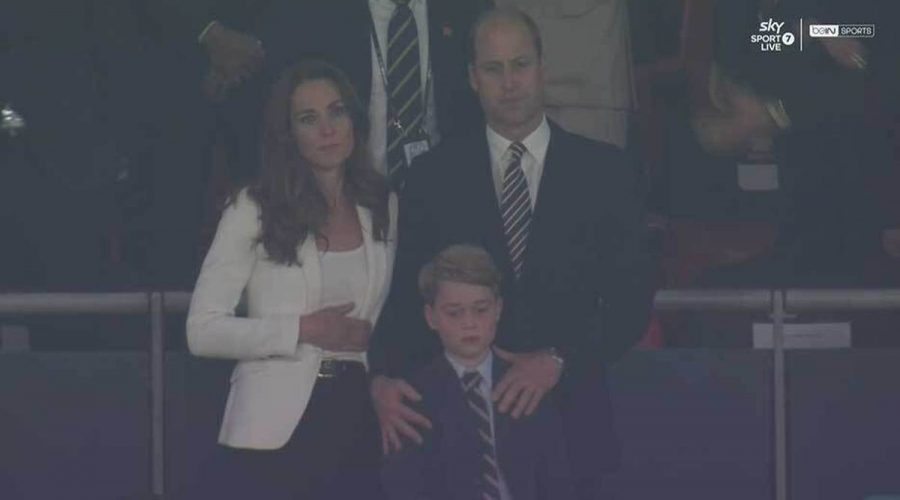 Italy has claimed victory over England in a nail-biting finish to the Euro 2020 tournament.

It’s the second time Italy has won the European Championship, beating England 3-2 on penalties as the match finished 1-1 on extra time.

And England fans are heartbroken – including the British royal family themselves, who appeared at Wembley Stadium to cheer in support of their home team.

Prince William, who is president of the Football Association, cheered England on alongside Kate Middleton and their young son Prince George, who is clearly one of football’s biggest fans.

But the 7-year-old looked heartbroken when England lost out during a penalty shootout, appearing on camera alongside his parents. William put his arms around his son to comfort him, while both he and Kate looked devastated.

His reaction at the finish was a stark contrast to when he first saw England score early on in the match.

The young football fan looked elated when Luke Shaw scored within the first few minutes of the game.

George reportedly begged his parents William and Kate to let him attend the match. He was seen beaming and hugging his parents after the goal.

Footage from the game also shows George applauding excitedly during the thrilling moment.

He was dressed to match his dad once again, wearing a matching blazer and striped tie. The young prince was dubbed England’s “lucky charm” after appearing at the previous match against Germany, which England won 2-0 to make it into today’s final.

This year’s championship was England’s first major international tournament since the World Cup in 1966.

Prince William delivered a speech to the squad ahead of the match, wishing the team “the very best of luck”.

“I can’t really believe this is happening,” William said.