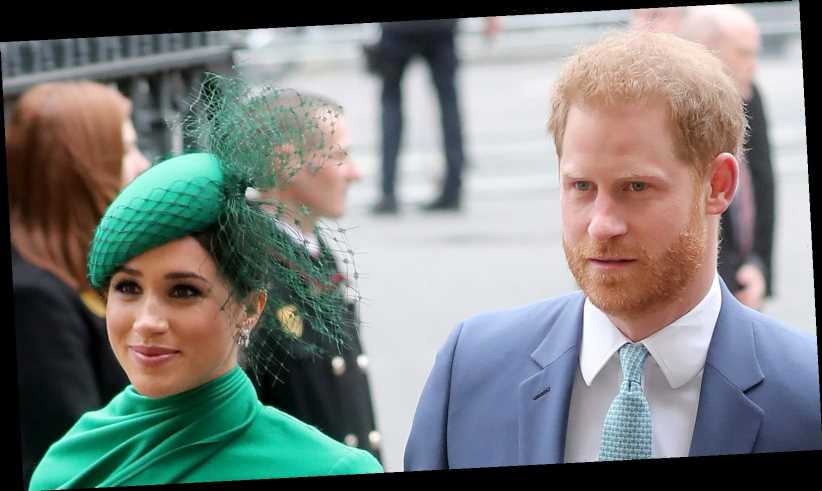 Meghan Markle and Prince Harry are having a big week. As People reported, on Valentine’s Day, the royal couple revealed they’re having another baby. “We can confirm that Archie is going to be a big brother. The Duke and Duchess of Sussex are overjoyed to be expecting their second child,” a spokesperson confirmed. The news comes after Meghan wrote about a devastating miscarriage she suffered last July in a widely heralded essay for The New York Times.

The couple stepped down from royal duties last year, in a move that was quickly dubbed “Megxit.” At the time, and indeed in the months since, Meghan and Harry have made it clear that being a normal family with son Archie is their utmost concern. According to a palace insider, once their son was born, “they knew they were going to hit the nuclear button” and leave the royal family for good. Now, the couple is set to reveal all to Oprah Winfrey.

According to the BBC, the Duke and Duchess of Sussex will sit down with the legendary talk show host for a tell-all interview, set to air next month, which will detail, among other things, their explosive exit from the royal family and their family life at home in California ever since. CBS confirms that Oprah With Meghan And Harry: A CBS Primetime Special is an “intimate conversation” between the trio. First, Meghan will discuss “stepping into life as a royal, marriage, [and] motherhood,” as well as “how she is handling life under intense public pressure.” Later, Harry will join her to discuss their highly publicized move across the pond and what their plans are going forward. Winfrey notably attended their wedding in 2018 and is friendly with Meghan’s mother.

Jonny Dymond, the BBC’s royal correspondent, enthused about the upcoming “three weeks of frantic speculation” before the interview airs, suggesting that many “secrets” will be shared about the tumultuous past few years in the couple’s life. According to Dymond, Winfrey has been looking to interview the royal couple for a while now, and because of her personal connection to them, the veteran broadcaster should be able to get answers to the biggest questions fans are wondering about. As People notes, Meghan and Harry are also Winfrey’s neighbors, and the talk show host is working with Harry on a mental health-based docuseries for Apple TV+, which is due for release this spring. Evidently, the trio works well together on projects that matter to them.