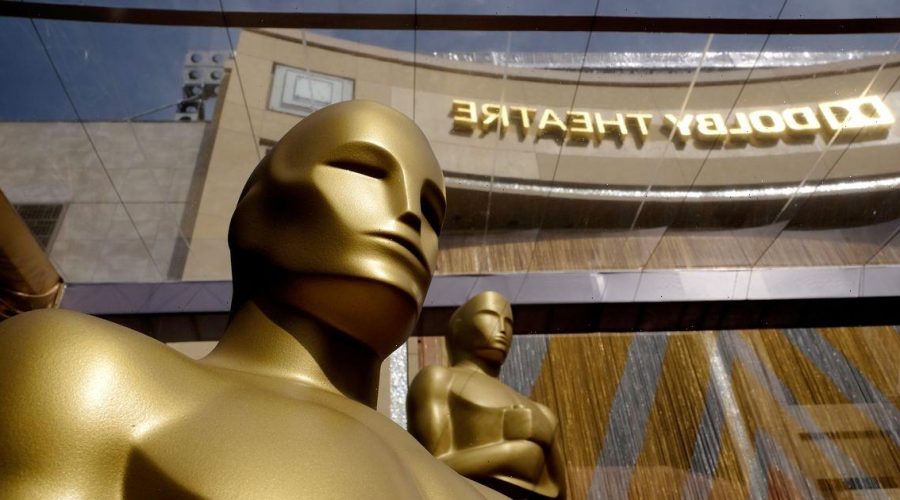 The most glamorous event in the Hollywood calendar has arrived.

The 93rd Academy Awards, otherwise known as the Oscars, is airing live on US TV station at 8pm (Eastern Daylight Time) and therefore at 1am on April 26 UK time.

In line with coronavirus restrictions, the ceremony will not take solely take place at the Dolby Theatre in Los Angeles, where it has been held since 2002. Where will it be held?

The Oscars producers stated last month that there would be no Zoom acceptance speeches.

Instead, the ceremony will be held at the Dolby Theatre along with Union Station in Los Angeles and around 20 other remote hubs for stars across the globe.

In the UK there is a London-based hub set up at BFI Southbank and the Thames-side venue if often used for glamorous red-carpet events including the London Film Festival.

Nominees along with one guest and the presenters of the event will be invited to the LA ceremony.

Stars will have to take two Covid-19 tests before the ceremony and those jetting in from the UK have to quarantine for the required 10 days along with taking two tests.

Who will host the ceremony?

The Oscars was last presented by Jimmy Kimmell in 2017 and 2018 but there has not been a host since.

There will be a group of presenters for the awards including some of last year’s winners such as Joaquin Phoenix, Brad Pitt, Laura Dern and Bridget Jones star Renée Zellweger.

Who has been nominated from the UK?

The 35 year old is nominated for the Best Actress prize for her role as Cassandra Thomas in Promising Young Woman.

The actress, 33, who is best known for her role as a young Princess Margaret in The Crown, is nominated for Best Actress for her part in Pieces of a Woman.

The 38 year old nominated for Best Actor for his role in Sound Of Metal where he plays a drummer who loses his sense of sound.

The Hannibal Lecter star is nominated for Best Actor for his role of a man suffering from dementia in The Father.

The 63 year old, who played Winston Churchill in Darkest Hour, is nominated for Best Actor for his role as Herman J Mankiewicz in Mank.

Daniel is nominated in the Best Supporting Actor category for his role as Fred Hampton in Judas and the Black Messiah.

The 47 year old is nominated for in the Best Supporting Actor category for his role as social activist Abbie Hoffman in The Trial Of The Chicago 7.

He has also been recognised in the Best Adapted Screenplay shortlist for his Borat Subsequent Moviefilm.

The 47 year old, who played the Queen in Netflix’s The Crown, is nominated for Best Supporting Actress in The Father.

She starred as Camilla Parker Bowles in The Crown but Emerald is nominated for Best Director and Best Original Screenplay categories for her film Promising Young Woman.

Will there be speeches?

The famous Oscars acceptance speeches will be going ahead this year but producers have urged winners to “tell a story and say something personal” rather than listing names, according to Contagion director Steven Soderbergh.

Will there be Oscar parties?

It is believed that there will be no parties due to coronavirus restrictions.

However, there will be a 60-minute pre-show virtual event from Sir Elton John who scooped the Best Original Song Oscar for Rocketman last year, according to The Telegraph.

The event will be hosted by How I Met Your Mother actor Neil Patrick Harris alongside John and David Furnish.

Levitating songstress Dua Lipa will also star with a stripped-back performance at the event.

How can you watch in the UK?

Viewers in the UK can watch the star-studded ceremony in full on the Sky Cinema sub-channel Sky Cinema Oscars.

The coverage will also be streamed online through NOW TV.