Carrie Underwood and Mike Fisher are one of the celebrity world’s biggest power couples. Underwood is a country mega star who has earned fame around the world despite singing in a relatively niche genre. And Fisher played in the National Hockey League for years and was the captain of the Nashville Predators. Fans love them and can’t help but compare them to one even more popular couple. 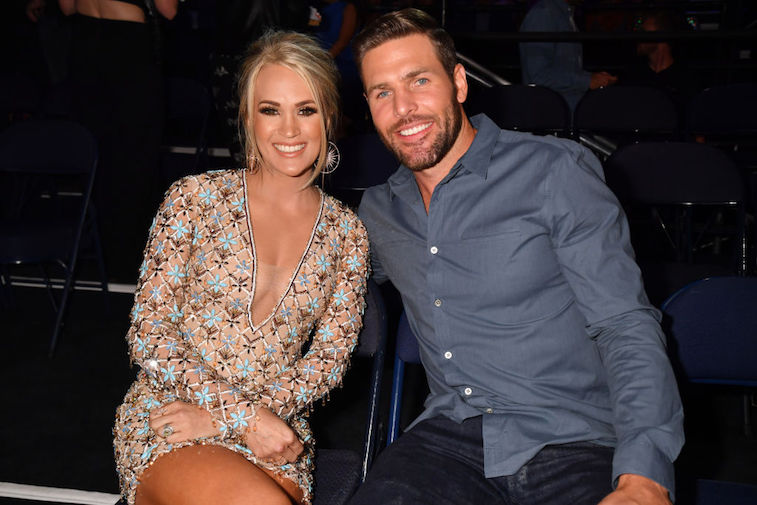 Underwood and Fisher attended the CMT Awards together earlier this week

The Country Music Television Awards took place on June 5 in Nashville, and Fisher accompanied his wife to the show, where she was nominated in several different categories. Fisher has also been accompanying Underwood on her Cry Pretty 360 tour, which happened to make a stop at the CMT Awards. The two walked the red carpet together, and when Underwood won her first award, she announced that it was her husband’s birthday; he seemed incredibly happy to get to see her win the award.

Underwood and Fisher first met through a mutual friend. Underwood’s guitarist wanted to introduce the singer to a friend of his, so she invited Fisher to join her backstage after a show. The two hit it off, but it was another three months before they got the chance to spend any more time together. They eventually met up once more, started a relationship, and were married in 2010. At the time, Fisher was playing for the Ottawa Senators, but he was traded to the Nashville Predators, and he and Underwood could finally start a family. They welcomed their first son, Isaiah, in 2015.

Fans compared the two to Barbie and Ken

When Underwood and Fisher were photographed walking the red carpet on the night of the CMT Awards, people couldn’t help but notice how perfect the two looked together. Us Weekly posted a photo of the two to their Instagram account, and people were quick to notice the couple’s flawless red carpet look. “LITERALLY Barbie and Ken in human form,” one user commented. “Carrie snatched a major snack,” someone else wrote. “She has killer legs,” another said. It’s clear that Underwood and Fisher clean up well, and they both seemed excited to be back on the red carpet together.

Parents night out! ? Carrie Underwood and Mike Fisher have entered the building and we’re already swooning. ? See the cutest couples at the #CMTAwards by tapping the link in bio! (?: Mike Coppola/Getty Images for CMT)

Underwood and Fisher seem to be in a better place than everwith their marriage and family, but things weren’t always easy. After thecouple welcomed Isaiah, they had a very difficult time getting pregnant.Underwood went through three miscarriages in the years that followed, and shewas worried she may have missed her chance to have a family. She opened upabout the toll it took on her, and amid the devastating miscarriages, Underwoodsuffered a tough fall outside her home in Nashville. However, Underwoodrecovered from the fall and got pregnant withher second son, Jacob, whom she welcomed earlier this year. Needless tosay, things have fallen into place for the two, and they seem happier thanever.

Related posts:
08/06/2019 Lifestyle Comments Off on Fans Are Comparing Carrie Underwood and Mike Fisher to This Popular Couple
Lifestyle