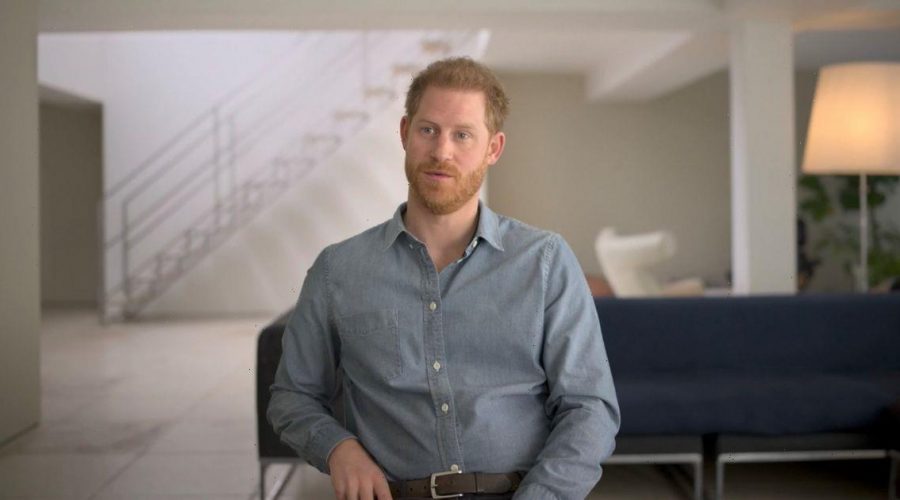 Prince Harry sported a very special necklace paying tribute to his son Archie during his appearance on The Me You Can’t See.

The Duke Of Sussex filmed the televised interview a dog tag style necklace with an A engraved on it hanging from a black fabric chain.

Though Harry never spoke about the necklace directly, many commentators assume that the A is for Archie.

Archie turned two earlier this month and is preparing to become an older brother as pregnant Meghan Markle’s due date looms ever closer.

Meghan Markle has previously worn a similar necklace with 'H' and 'A' engraved on it, which is presumed to pay tribute to her husband and son.

The 39-year-old has been pictured wearing the jewellery at public events such as at the US Open, where she was photographed watching her friend Serena Williams compete.

In the mental health-focused interview available on Apple+, Harry openly shared how having children has only made him miss his mother more.

The 36-year-old said that Archie's first word was 'grandma', referring to the late Princess Diana, who died in 1997 when Harry was 12 years old.

He said: 'I got a photo of her in his nursery, and it was one of the first words that he said — apart from "mama", "papa", it was then "grandma". Grandma Diana.”

“It's the sweetest thing, but at the same time, it makes me really sad because she should be here.”

Harry said in the interview that he's sure that his mother would be "incredibly proud" of him and that he feels her presence with him in Los Angeles.

“Not only do I know that she's incredibly proud of me, but that she's helped me get here. And I've never felt her presence more than I have over the last year. I wish she could have met Meghan. I wish she were around for Archie.”

In the first episode of the Apple TV+ series, Harry speaks about having to bottle his emotions he felt following his mother's death as he watched members of the public crying over the news.

The Prince has said that getting in any car or seeing a camera flash would freak him out, and to numb the pain; he would drink a week's worth of alcohol in one day.

Meghan Markle encouraged him to seek therapy to help heal the emotional problems he had faced since his mother's death.

Ultimately, he claimed, he and Meghan had to leave the U.K. to “put our mental health first.”