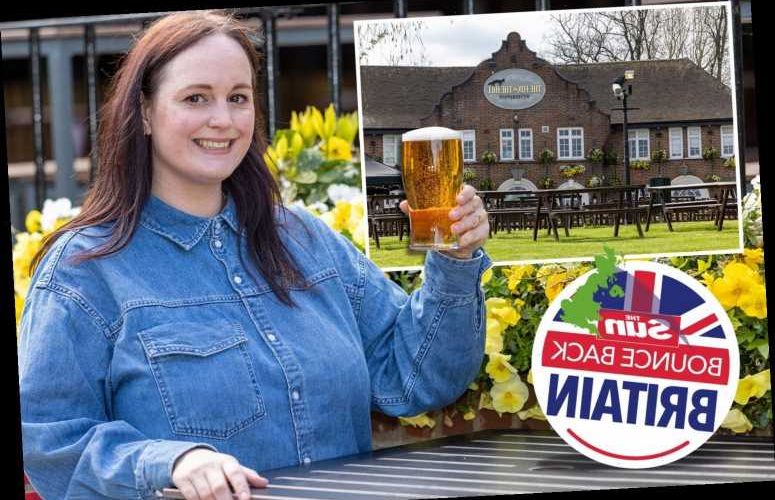 THE first sip of a draught pint is what everyone is waiting for on Monday when pubs finally reopen.

It’s been four long months since they closed to help fight coronavirus under lockdown restrictions but they are finally set to reopen on April 12. 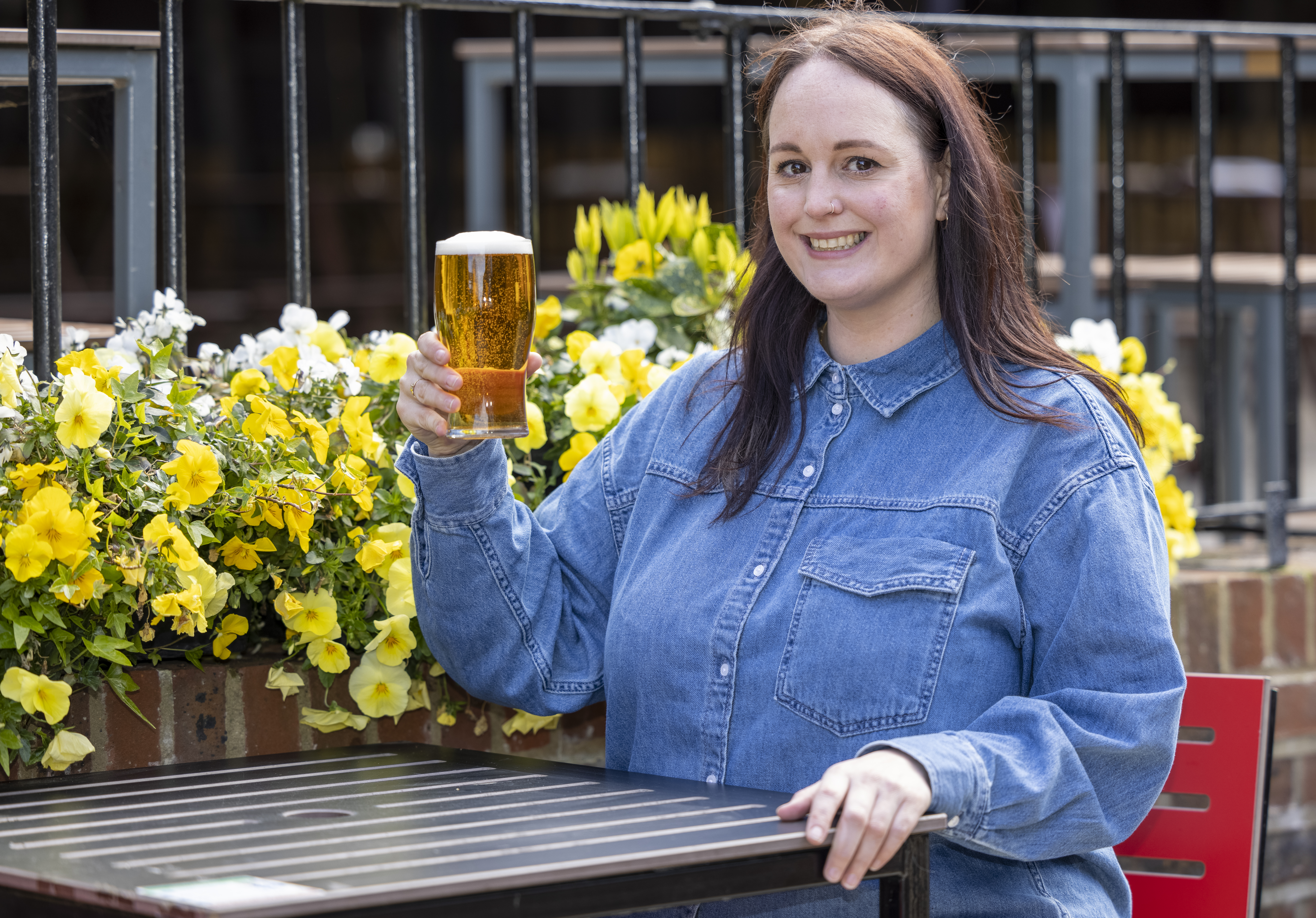 The Sun was given an exclusive behind-the-scenes look at how the experience might be a little different with outside-only service.

We went to the Fox on the Hill Wetherspoons in Denmark Hill, London, to see what it will be like.

Wetherspoons is opening up almost 400 pubs with outside areas in England and Wales on April 12. 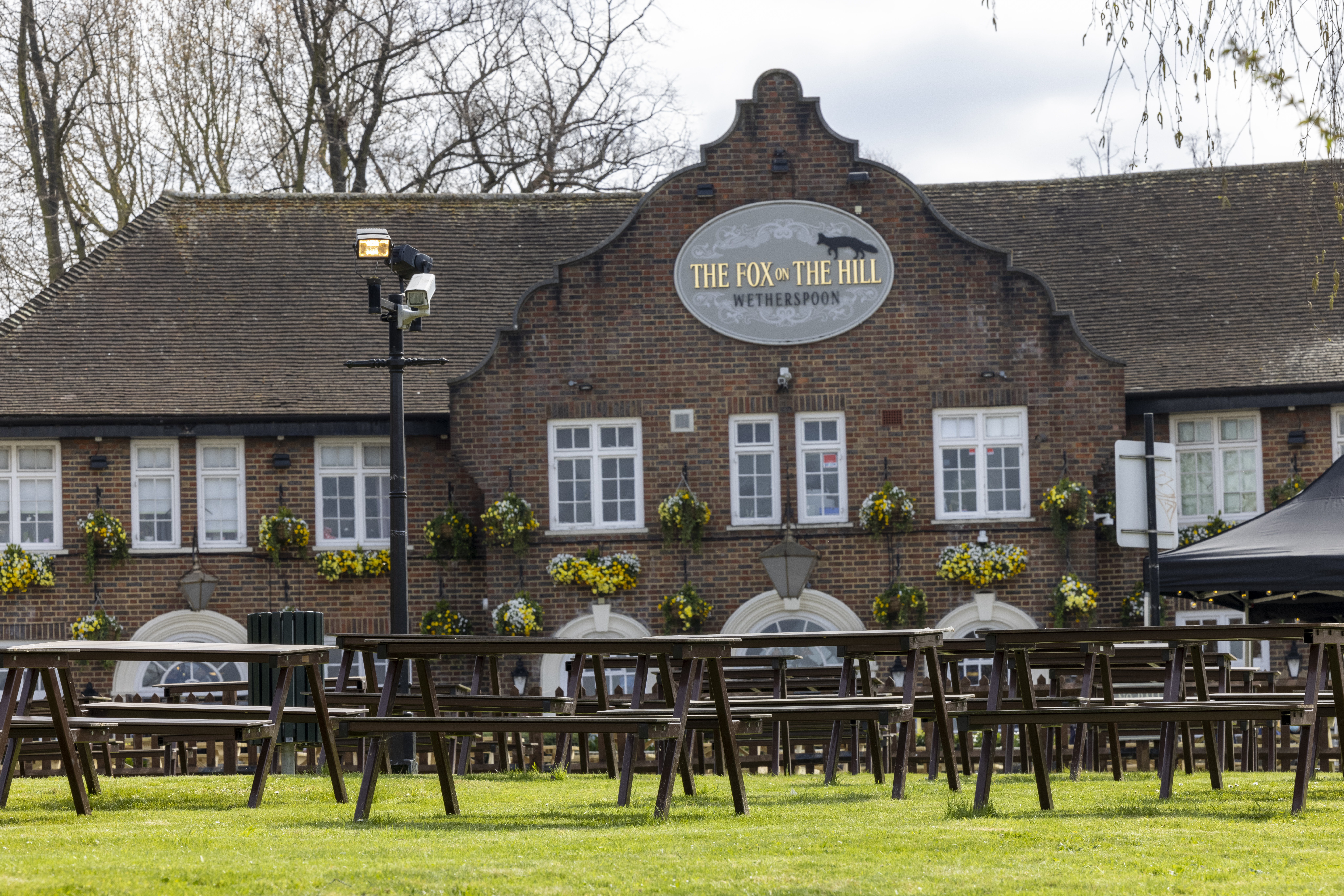 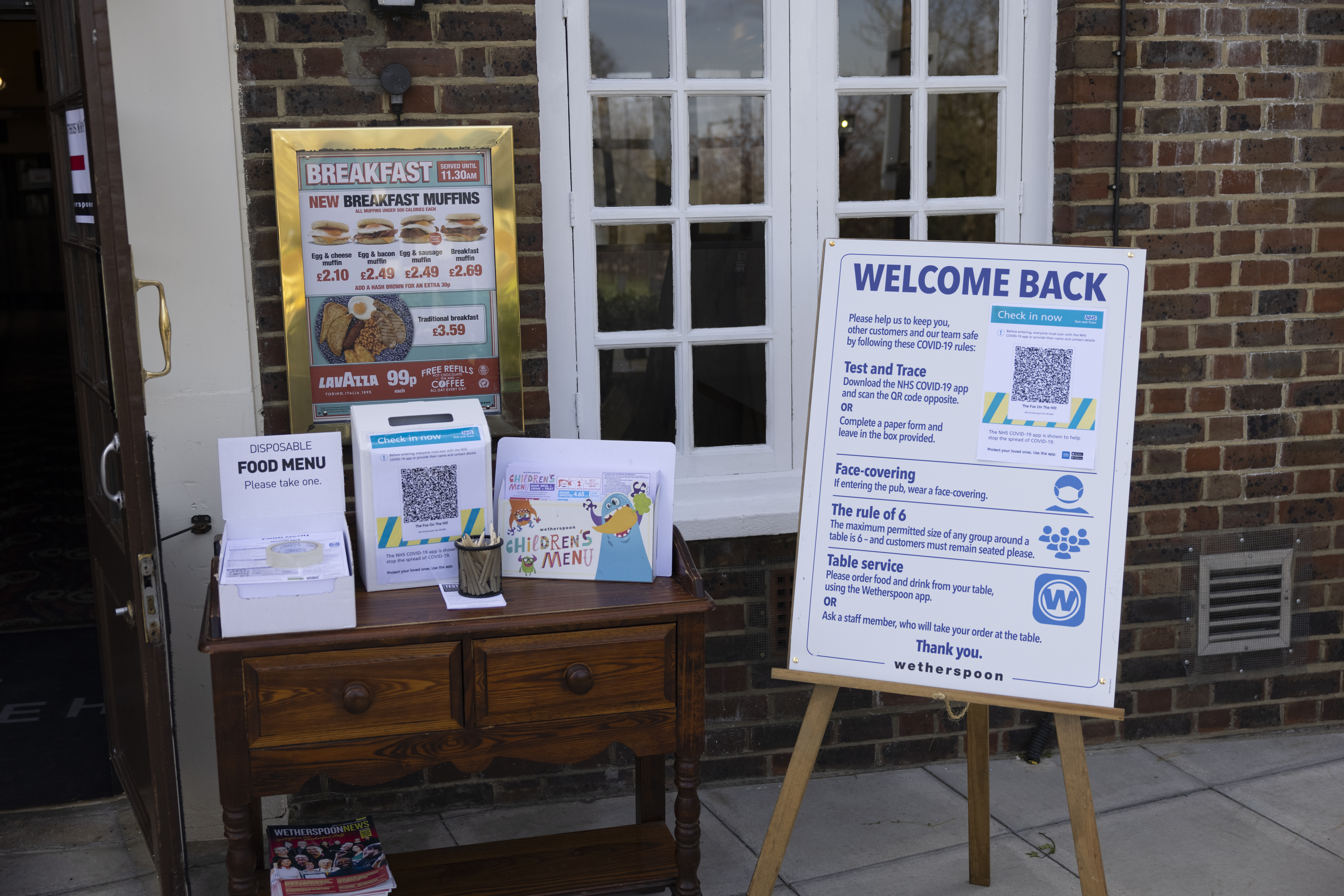 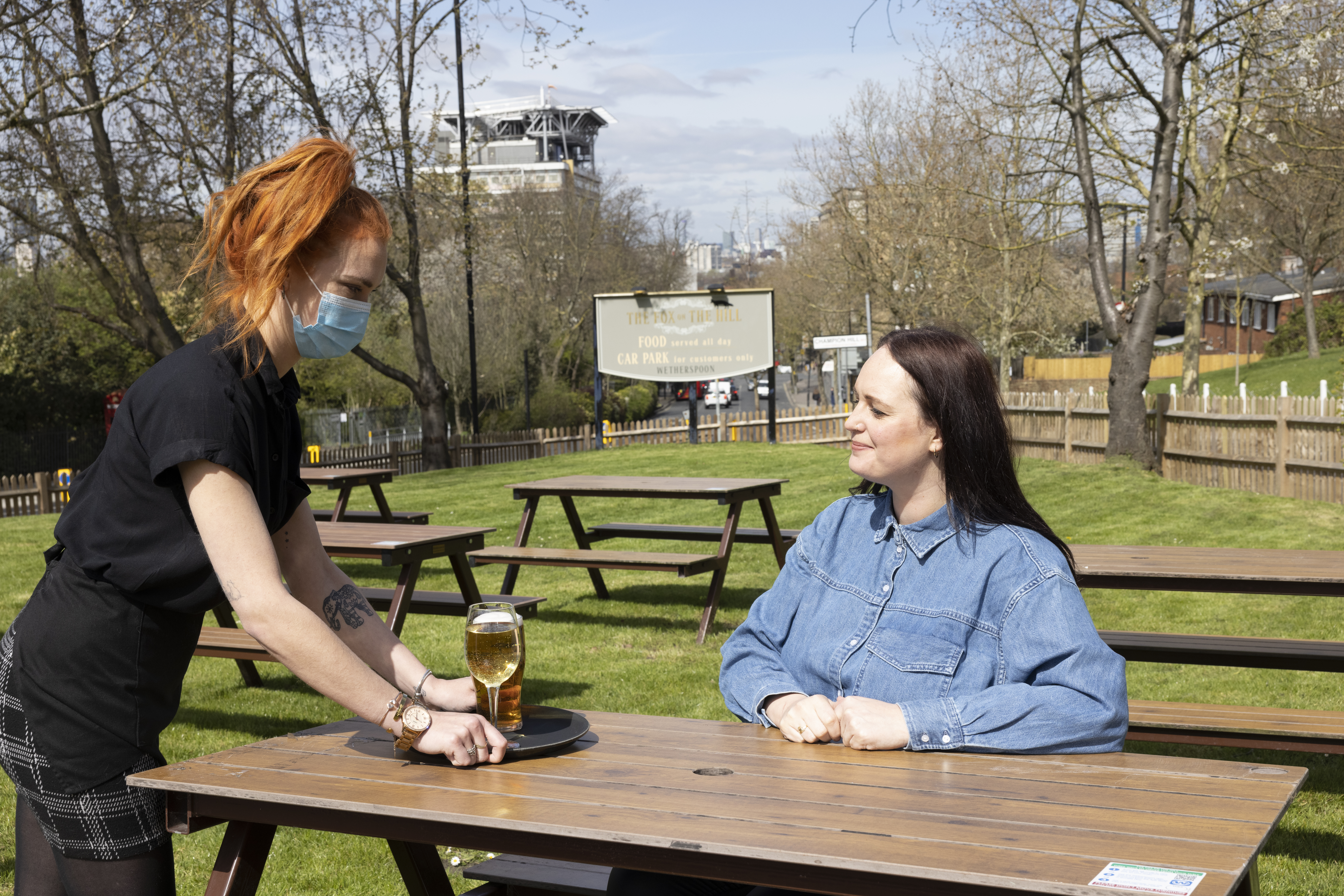 These include beer gardens, rooftop seating areas and patios.

Some pubs, like the one we visited, have even taken over space in the car park to create extra seating space for punters.

Its garden has 810 seats making it one of the biggest Wetherspoon pub gardens.

New test and trace rules mean everyone has to sign in when they arrive. You can either use the NHS Covid app or the Wetherspoons’ a paper version if you don’t have it. 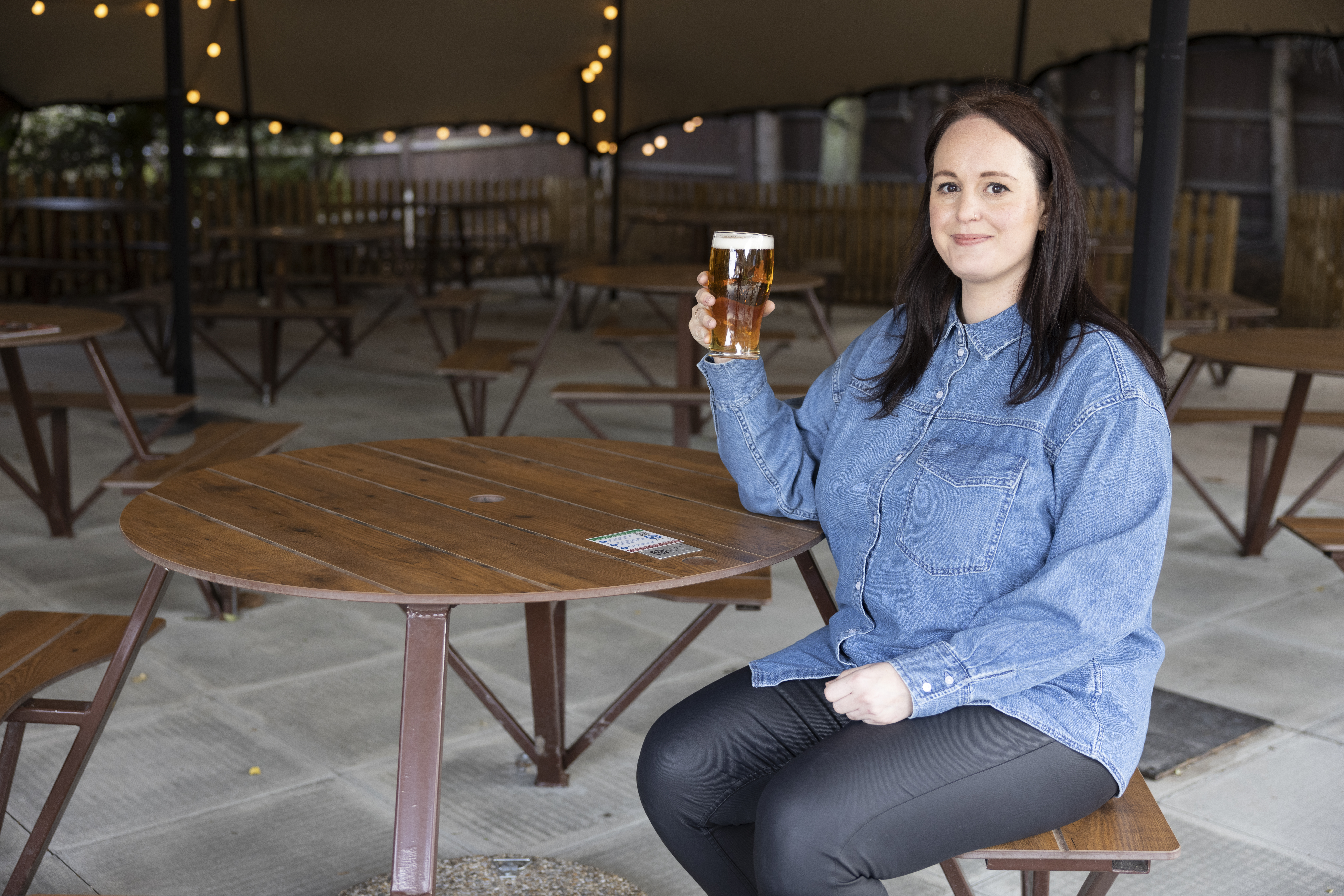 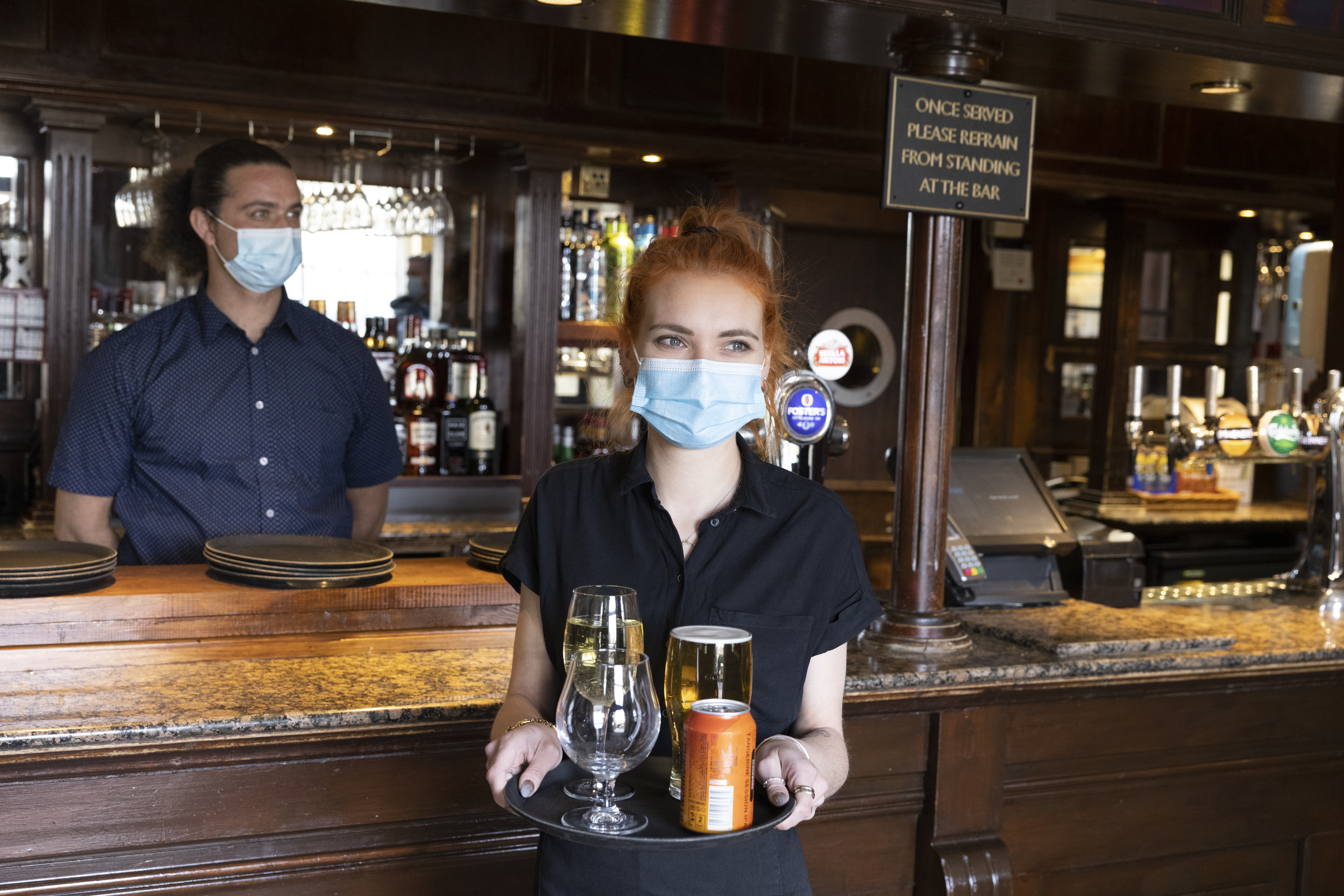 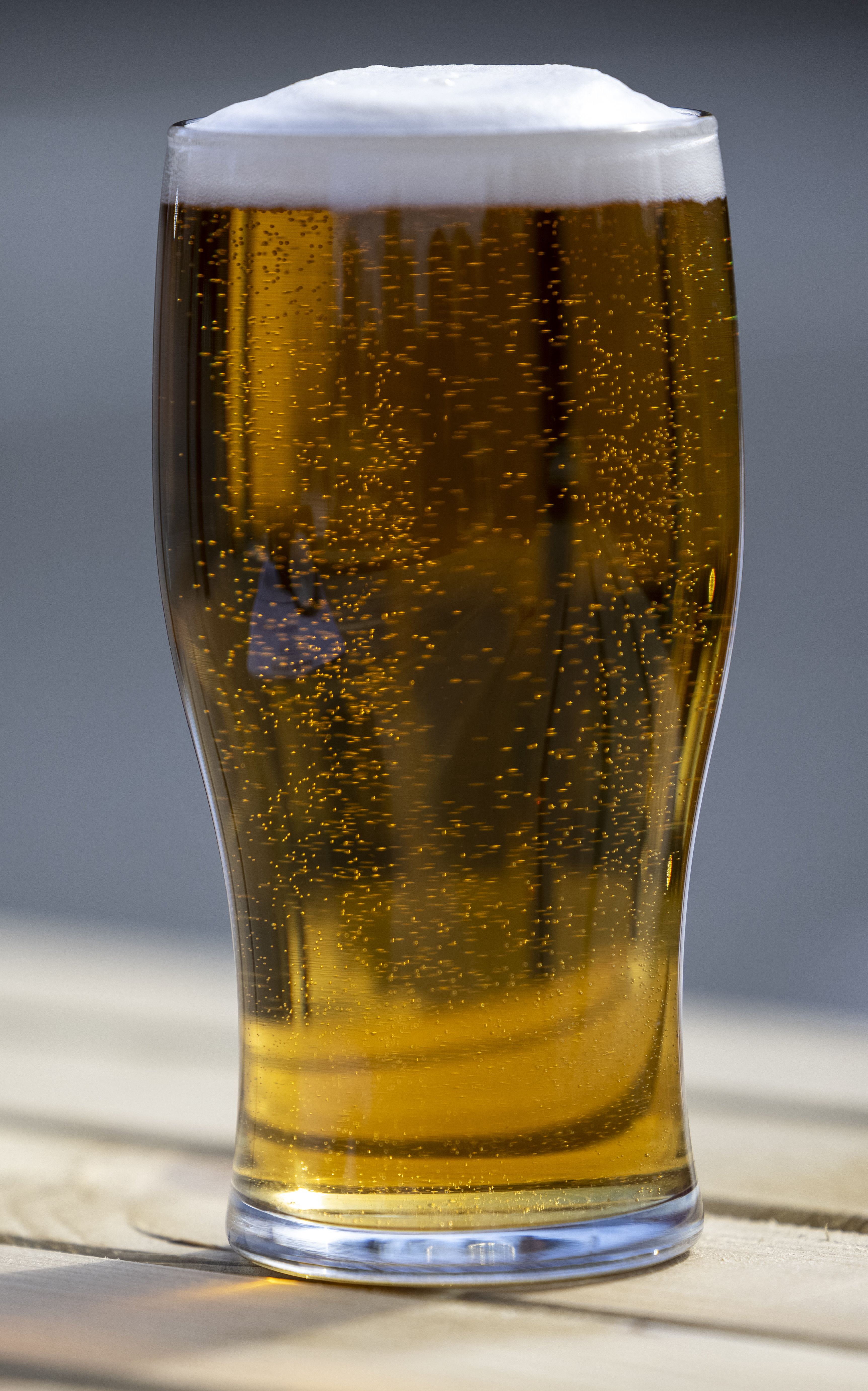 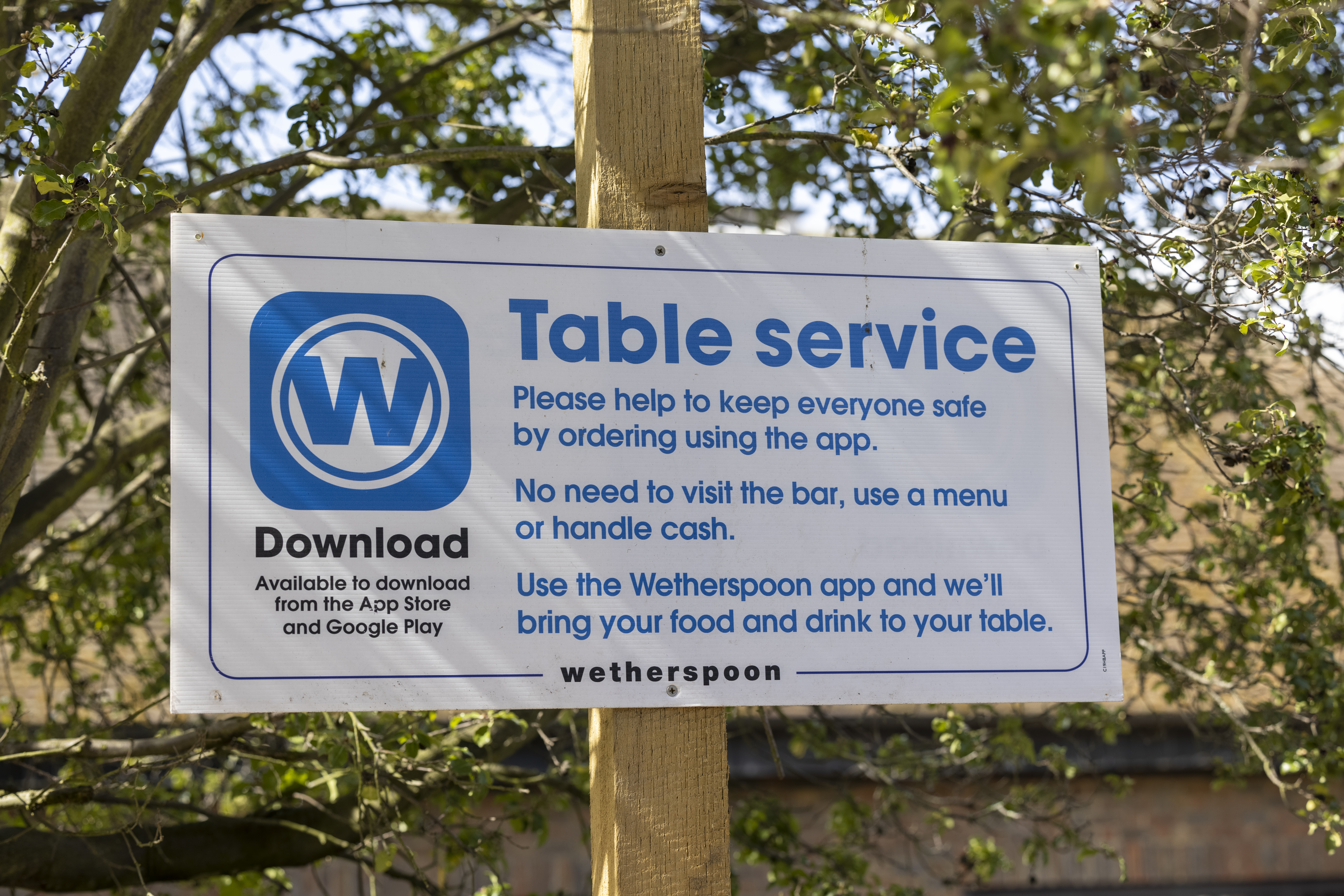 Then you need to find a seat. Unlike other pubs, Wetherspoons isn’t taking bookings.

You can order using the Wetherspoons app or staff will be on hand to take your order and payment at the table.

Thankfully the forecast is looking sunny next week – but when the weather turns punters may have to dash to find cover.

Of course, nothing has changed in terms of social distancing rules, you must wear a mask when not at your table, there’s no roaming around or ordering at the bar. 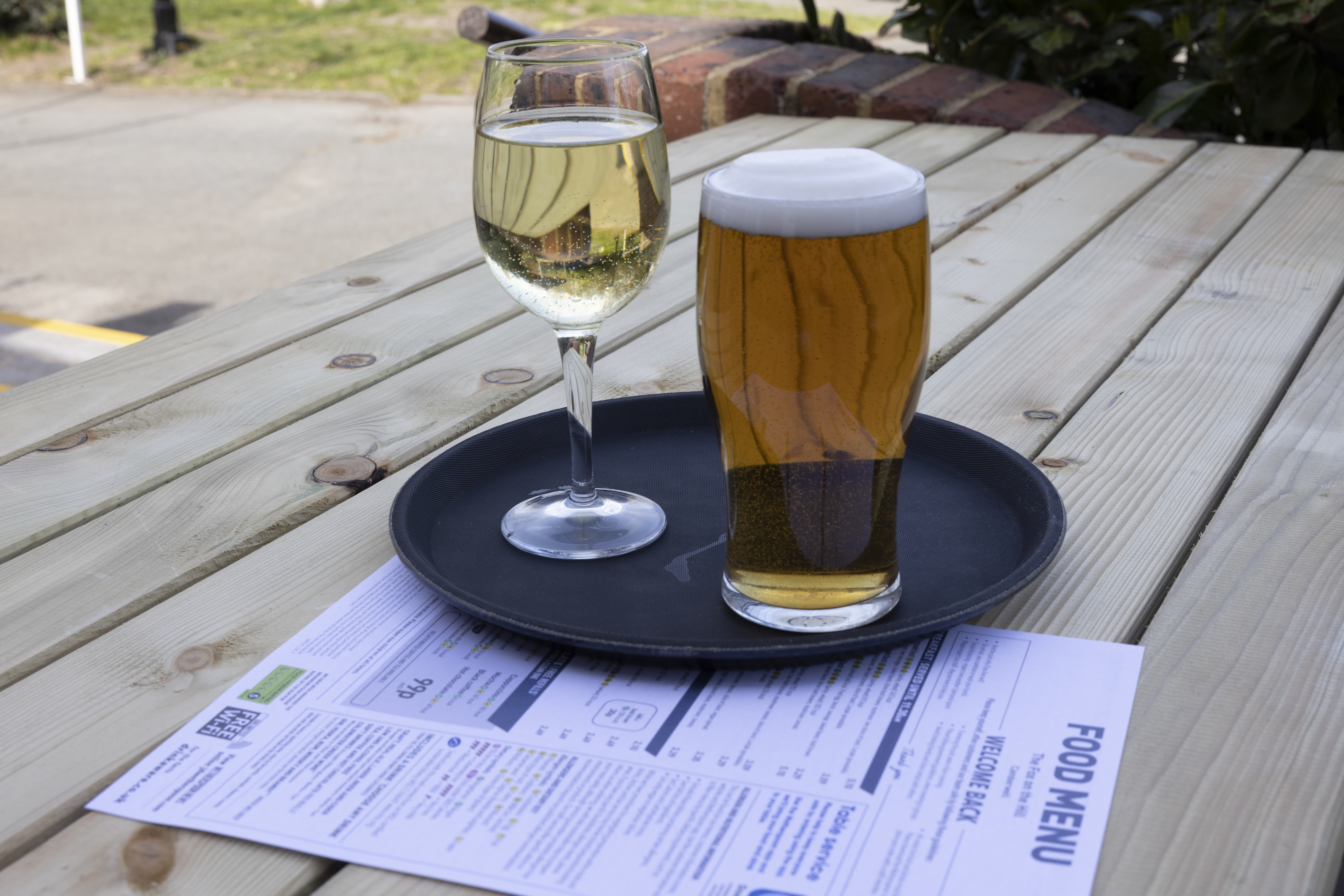 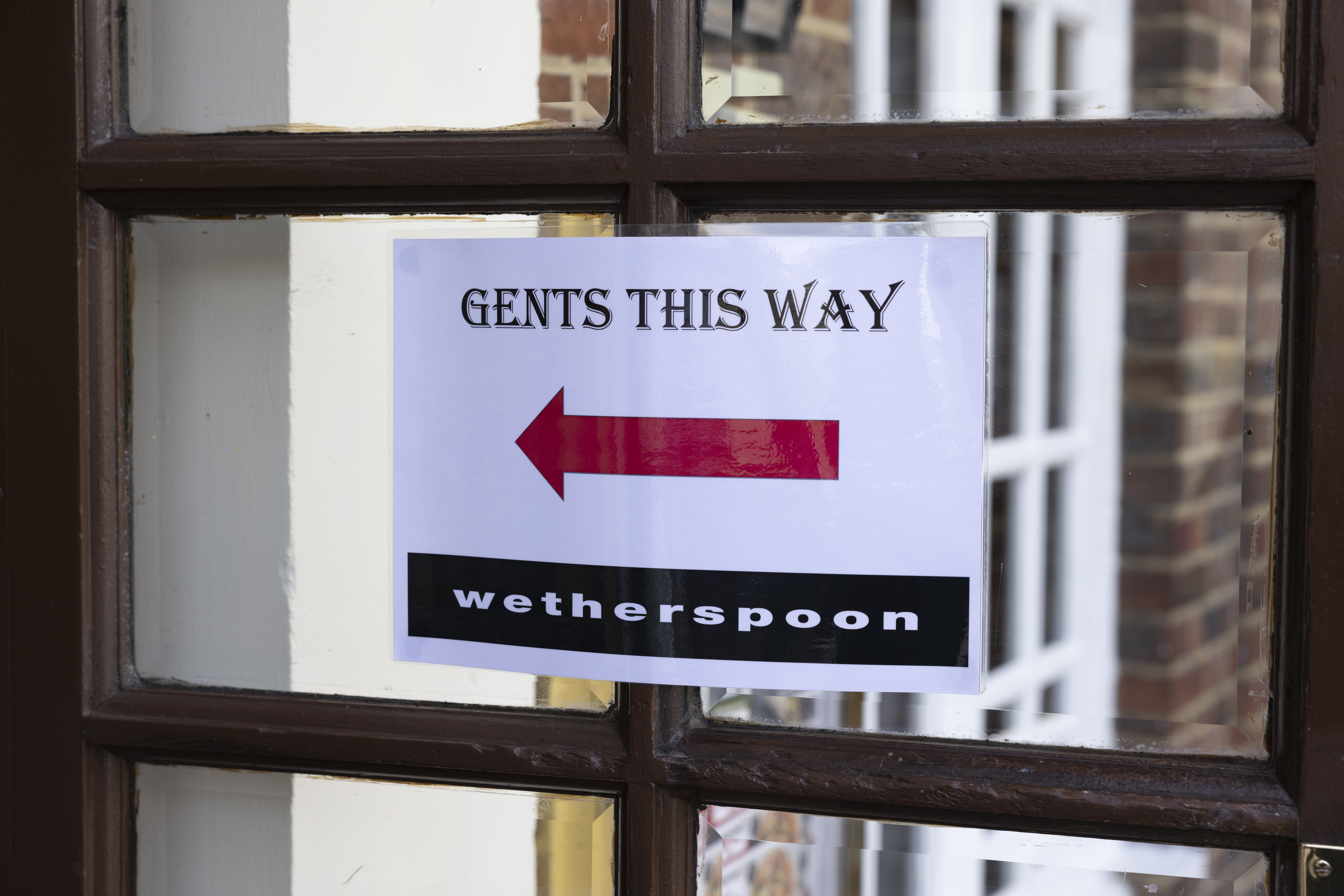 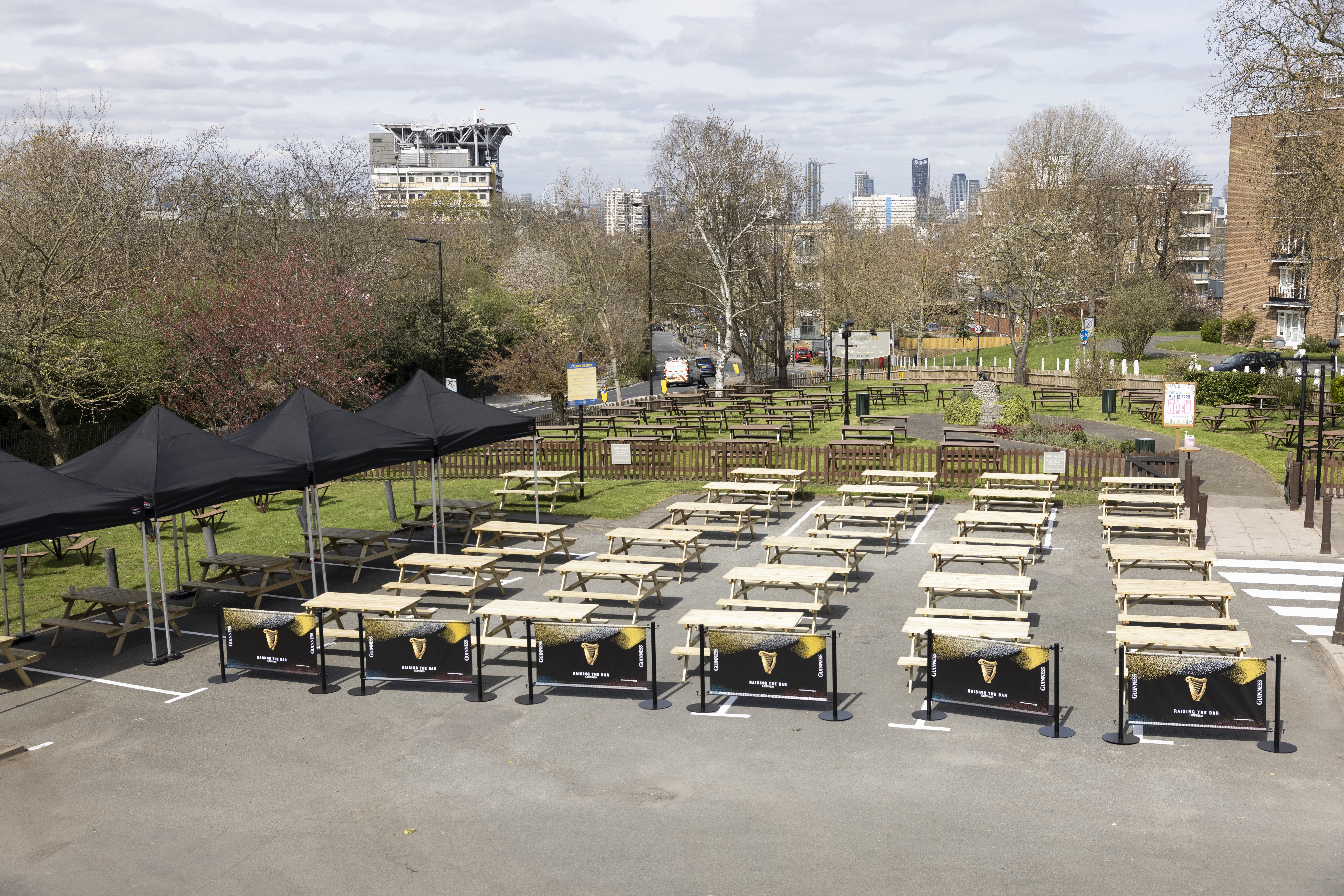 The big difference is that you can’t go inside – unless you need to use the loo.

Pubs with outside spaces are allowed to open as long as their licence permits, with a handful planning to serve from midnight on Sunday.

The hated 10pm curfew has been scrapped and you don’t need to order food to drink booze.

But Wetherspoons is reducing its hours, which means an earlier than usual last orders call.

Its venues will be open from 9am until 9pm on weekdays and close at 10pm on weekends. 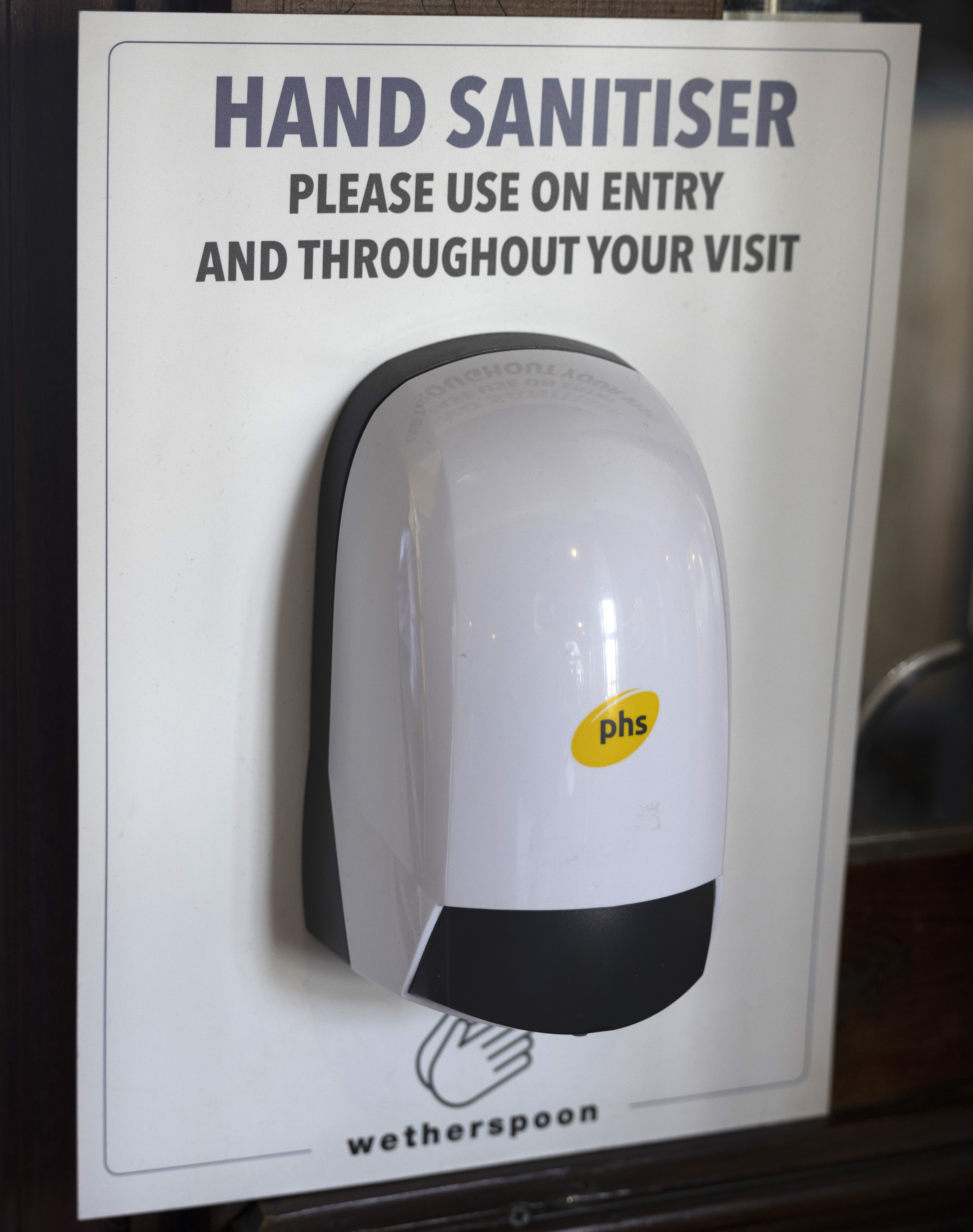 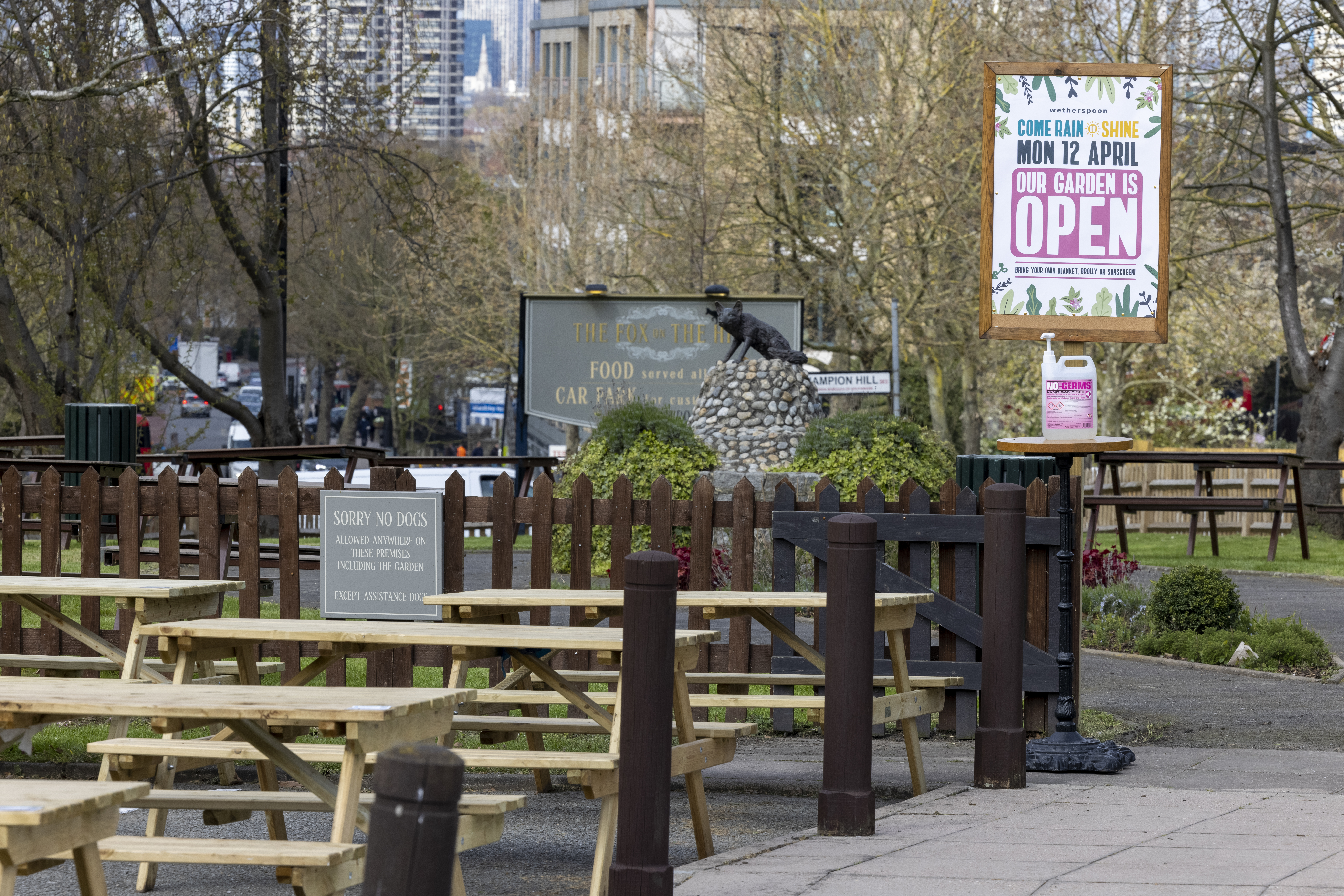 It is serving a reduced menu too and food will only be served until 8pm.

Wetherspoon pubs usually open from 8am to 12.30am and the kitchen is usually serving until 11pm, so punters will have to miss out a few extra drinking hours for now.

Health and safety rules meant beer was poured for the photos for this article but were not served – and only myself and a photographer and videographer were allowed in.

Wetherspoons spokesperson Eddie Gershon said: “Wetherspoon had over 50million visitors doing test and trace and not a single outbreak of covid emanating from that.

“We want to emphasise our pubs are safe to go to. Our staff are delighted to be back.

“It’s been a long time off. More importantly Wetherspoon attracts millions of customers every week and they’ll be delighted to be back too.”

Wetherspoons wants to run its pubs the same way it has for 40 years – but for now it’s having to make a few small concessions to make things work and keep staff and customers safe.

Brits are expected to guzzle a whopping 15 million pints next week easing as breweries ramp up beer production in preparation for next week.

We’ve also revealed the opening times for pubs such as Marston’s and Greene King.