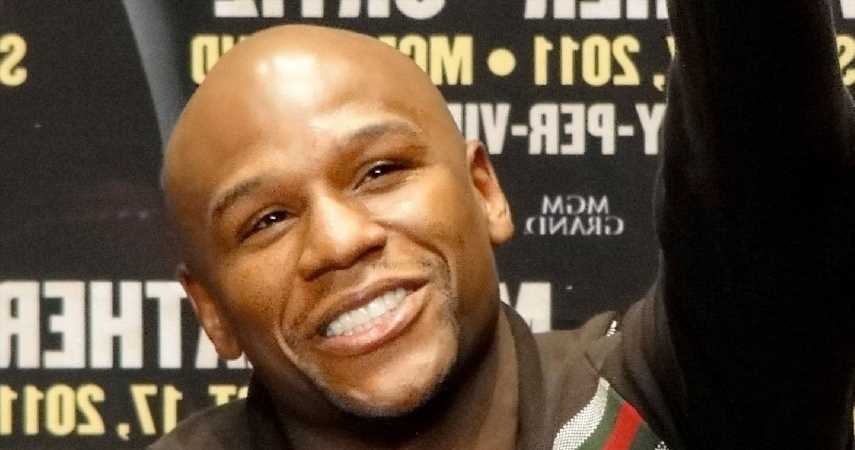 Floyd Mayweather wasn’t afraid to drop some serious cash earlier this week when he spent millions on art work at a Miami show.

TMZ originally reported that the athlete spent $6.1 million in a mere hour while walking through SCOPE Art Show in Miami. He reportedly bought 10 to 12 different pieces, explaining the high price tag.

Floyd reportedly traveled to Florida just to participate in Art Basel, an annual art fair staged around the world. He was joined by his friends, billionaire Robert Smith, Jona Rechnitz, James McNair, and Jas Mathur.

The former boxer wasn’t the only famous face at the event. Leonardo DiCaprio, Martha Stewart, and Sylvester Stallone were reportedly present.

However, TMZ later updated its original article to reveal Floyd bought even more artwork during the festival. He reportedly spent an additional $1.7 million on artwork. Some of the pieces he bought include 4 Andy Warhol creations as well as a sculpture of burned money. He also picked up pieces by Robert Indiana and Alexander Calder.

He apparently paid for the artwork on the spot, and then transported it to his Miami mansion.

Floyd has a reported net worth of $350 million, so dropping a couple million artwork may not be a big deal for the star, unbelievably. He also has a reputation for liking the finer things in life.

Insider reports that Floyd owns an $18 million watch that he nicknamed ‘The Billionaire.’ Another expensive purchase was a $4.7 million Koenigsegg CCXR Trevita. It’s an ultra-rare model, with only two like it in existence.

In addition to artwork, the boxing promoter also loves jewelry. Last year, Floyd dropped $5.3 million during a shopping spree at Pete Marco. During the splurge, he picked up a $2.3 million VVS ring and a $2.5 million diamond bracelet.

One of his more recent splurges includes getting his Rolls-Royce Cullinan lined with real fur – including a fur-lined car seat for his grandson. The modifications cost around $18,000, while the car originally starts at $350,000.

Floyd has five children, but only one grandson through is daughter Iyanna “Yaya” Mayweather. She shares the toddler with rapper NBA YoungBoy, though they have a chaotic relationship. For instance, she previously pleaded guilty to stabbing the mother of one of NBA’s older children (he has 7 kids in total).