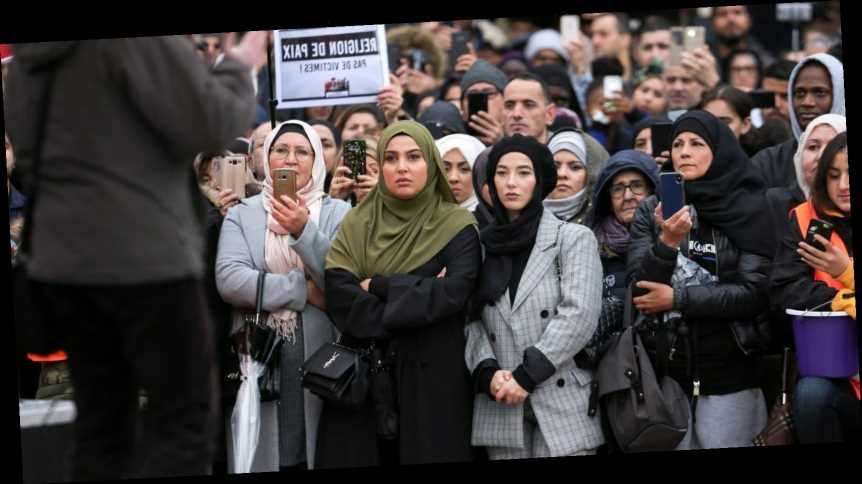 If France’s controversial Separatism Bill becomes law, women under the age of 18 will be banned from wearing hijab in public. Here’s what that means for Muslim women here, and all over the world…

If it becomes law the Bill would introduce two new amendments – one of which would ban French Muslim women under the age of 18 from wearing a hijab (headscarf) in public.

A further amendment to the current law will ban parents who wear religious clothing to take part in any school trips or activities. Both these amendments will need to pass through the French National Assembly before the ban can legally be imposed but this week’s vote moves things further in that direction. The news has been met with global uproar by Muslims, non Muslims and of course young Muslim women in France.

For context, consider that in April 2011, France made it illegal and imposed fines for Muslim women who wore a face-covering veil (burqa/niqab) and this ban echoed throughout many European countries (including Austria, Belgium, Denmark and Bulgaria. There are also partial bans in the Netherlands, Germany and some parts of  Italy and  Spain).

Many Muslims see the French ban as having a domino effect, with more governments banning Muslim women from choosing to dress for themselves in a burqa, niqab and burkini.

In March 2021, after a referendum, Swiss voters approved the banning the burqa (full face veil). Of the eight million population of Switzerland, five per cent is made up of Muslims. The ban was imposed even though it is estimated that fewer than 40 women in Switzerland wear the burqa.

In light of the developments in France, hijabi fashion influencer Rawdah Mohammed, who is from Somalia, posted an image of herself with the words “hands off my hijab” on Instagram. In the caption, she also discusses her experience wearing hijab as a child and being bullied. She writes, “I have never felt so stripped off my rights, I’ve never felt so belittled. They reduced me to nothing.”

Speaking to several different Muslim women in the UK (those who wear hijabis and those who chose not to) the concern is clear. The feelings expressed by Muslim women in France around the increasing infringement of their rights and their dismay at the French government’s unwillingness to recognise Muslim women’s wishes and make their own choices was echoed by young women here. Here’s what they said…

“It [this new legislation] sets such a dangerous precedent, not just for Muslim women but for every woman, in placing legislation on what they choose to wear, every feminist should be up in arms. A truly secular country shouldn’t be this selectively prejudiced, it’s just thinly veiled racism.”

“It’s insulting to me as a woman who wears a hijab, especially as it’s in the name of combatting so called “extremism” – which I find ironic given policing what women should and shouldn’t wear is in itself an extreme move. Far from being an indication of oppression, my hijab does just the opposite – it liberates me from all the ways society tries to dictate what women should wear and what they should look like.”

“My hijab is being used in the West as an ideological battleground and people attribute meanings to it that I do not even give it myself. Muslims are still being treated like colonised subjects. Our narratives are constantly being told on our behalf and we are criminalised, discredited, silenced and suppressed.”

“It is extremely hypocritical of them [France and Switzerland] to act like they are acting in defense of Muslim women, who are being painted as submissive and oppressed, in need of a saviour. It literally strips them of their agency and their right to choose for themselves. It is high time that people stop making decisions for Muslim women, and trust them to make the decision which is right for them.”

“The decision is vexing in both Switzerland and France but it seems patently clear that the French republic has an exceptionalist approach to laïcité [translated as secularism] that still smells of colonialism. Those with decision-making power in the republic seem to have a narrow interpretation of what is or isn’t French. While the definition of laïcité is very loose, limiting women’s equality and liberty doesn’t seem a very laïque [secular] thing to do.”

“I’m from the UK but currently based in France. It seems to me that French Muslims have a bittersweet relationship with France because they love it as their home and nation but France has never accepted them or loved them back in return.”

“France has been on a long path towards ostracising Islam. You look at the recent anti-separatism bill, burkini ban, and the previous hijab ban and it all contributes to the institutional Islamophobia, which really just legitimises anti-Muslim discrimination under the guise of ‘secularism’. As a woman who wears the hijab, I feel like I have to be more aware and cautious of where I find myself in the future.  I worry, will it get to the point where I can’t wear my hijab in the UK?”

The reaction on social media

Many drew attention to the fact that the French government’s move looks more like the oppression they say they are trying to stop.

Others cited this move as a blatant example of Islamophobia.