The Scottish comic, 48, told the Grounded with Louis Theroux podcast that he was less than impressed by Gervais’ jokes about trans people – despite Boyle himself having frequently made similar jokes in the past.

Listeners to the hour-long recording heard Boyle slam Gervais’ as ‘not a stand-up comedian’, saying: ‘I saw him doing his routine about trans people and I thought it was very lazy.

‘I would like him to have the same respect for trans people as he seems to have for animals. I don’t think that’s a lot to ask.’ 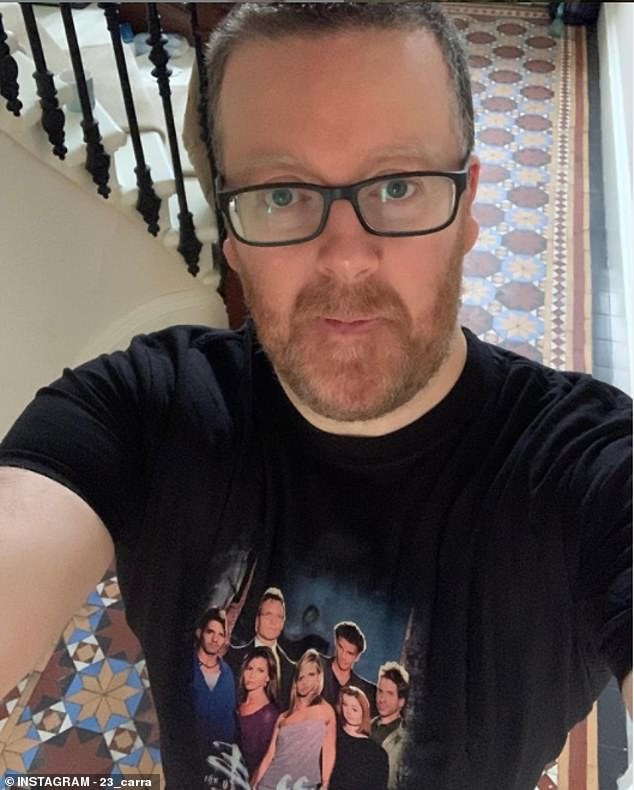 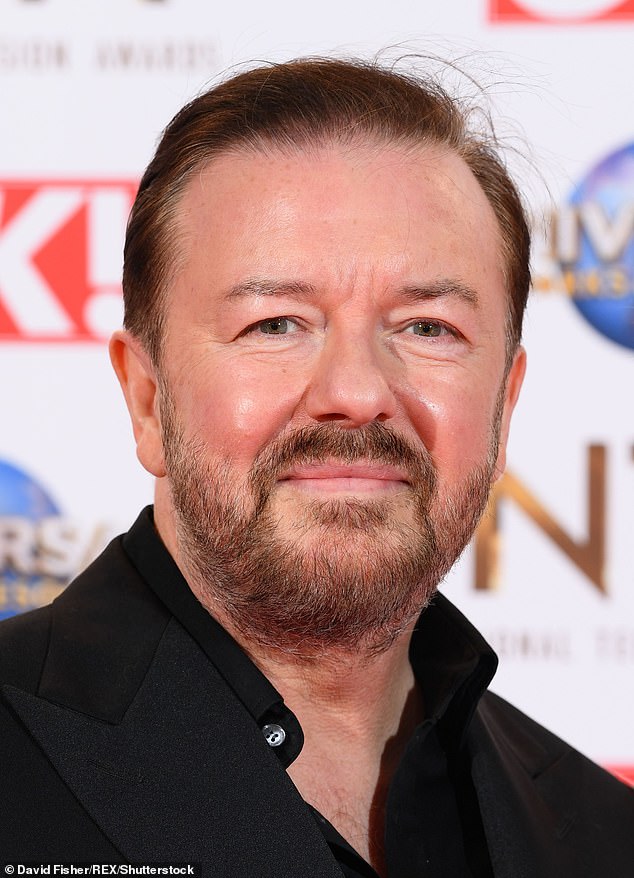 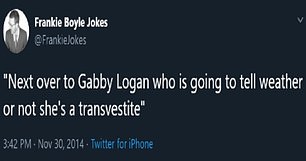 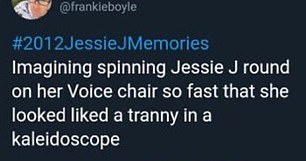 In Gervais’ 2018 Netflix special, he made Caitlyn Jenner the target of several jokes including repeating her birth name and suggesting that trans people were the equivalent of himself ‘self-identifying as a chimpanzee’.

And at the 2016 Golden Globes, he quipped: ‘I’m going to be nice tonight. I’ve changed – not as much as Bruce Jenner. Obviously.’

Another sketch saw him refer to Jenner as ‘it’ instead of using her preferred pronoun and saying the reason he referenced the star’s birth name was: ‘That was his name, for 58 years, I think.’

On Twitter, Gervais’ fans were quick to unearth offensive jokes Boyle had made in the past about trans people and reference sets that also made fun of Katie Price’s disabled son, Harvey, and the disappearance of Madeleine McCann.

@MilnersRibenaaa wrote: ‘The same lad that trolled a disabled kid for years on national TV is offended by Ricky Gervais apparently.’ 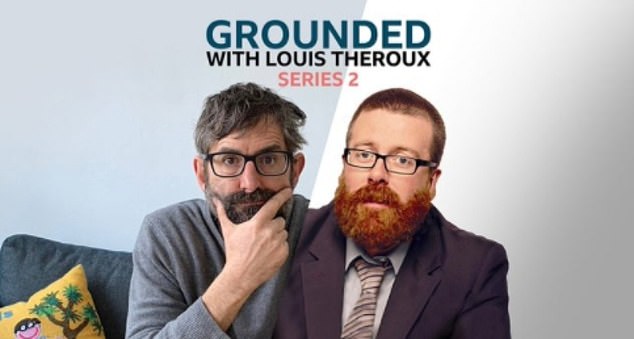 @RoryHaczewski added: ‘Frankie Boyle having a pop at Ricky Gervais for cheap jokes. The same bloke who ruined his career by making pretty horrific jokes about a disabled kid, now suddenly claiming to be a paragon of virtue. Unbelievable. Get in the bin.’

@Angelheartnight penned: ‘Frankie Boyle is free to criticise Ricky Gervais, and call his jokes lazy. Pretty rich though, considering the jokes that Boyle himself has told over the years. I would like Frankie Boyle to have the same respect for disabled people as he has for animals.’

Boyle appears to have taken a different tone with his comedy in recent years but made a name for himself with his offensive humour, including continuously  targeting Katie Price’s son Harvey over his disabilities.

The ex-glamour model gave evidence to the Petitions Committee via video link for at the inquiry into online abuse. Price, 42, revealed Boyle, three police officers and cricketer Ben Stokes had all mocked her son.

She told MPs: ‘Throughout the years I get a lot of trolling and online abuse. The difference is I’m able to speak out myself, but my son Harvey was born with disabilities, he gets a lot of racial abuse, disgusting despicable things.

‘He gets memes made about it, TikToks, posters, he gets mocked in such a serious disgusting way, there has to be some kind of justice.’