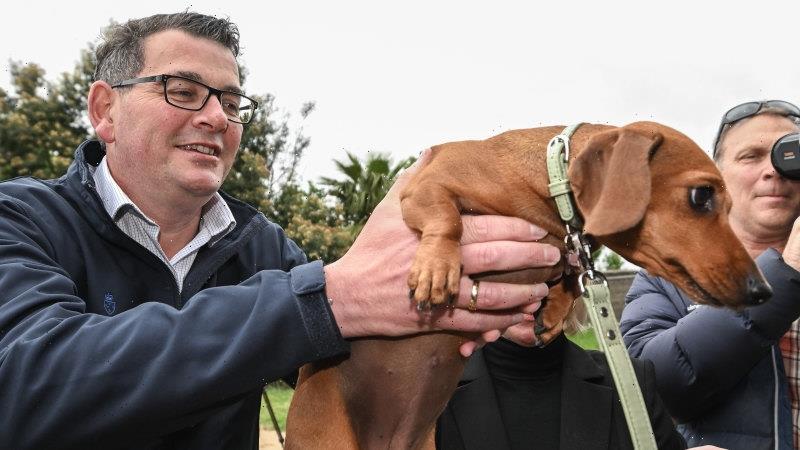 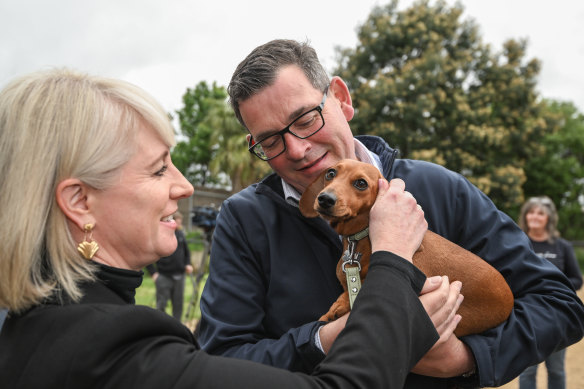 Andrews was heckled by passersby as he announced $13.4 million to fund six new dog parks and upgrade 22 others.

“You’re a disgrace,” one man yelled. A second later followed Andrews and the press pack to Labor’s big red bus and called out, “what are you running away from?”

The premier also promised $5 million to support pet shelters and rehoming organisations, and $2 million for vet clinics for low-income families.

He was joined by his wife Catherine Andrews, who addressed questions over a car crash nine years ago after reports of the incident resurfaced in the Herald Sun on Thursday. 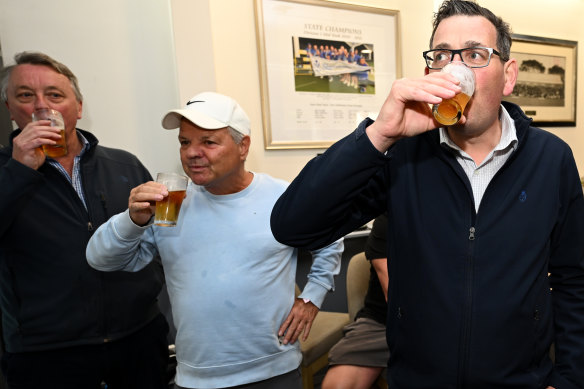 Daniel Andrews has a beer with members during a visit to Port Melbourne Bowling Club on Friday.Credit:AAP

In 2013, Catherine was driving the then-opposition leader and their three children when their 4WD collided with 15-year-old cyclist Ryan Meuleman, who was hospitalised for 11 days as a result of the collision.

“I don’t know if you’ve ever been involved in an accident like this before. It was a terrible thing, so traumatic for everyone involved. Our kids were really little, Joseph was only five. Daniel’s spoken about this, I’ve spoken about this, and I’m going to leave it there,” she said.

Labor’s campaign bus later made its way to the Port Melbourne Bowls Club and surprised its members in the seat of Albert Park, which is under threat from the Greens. 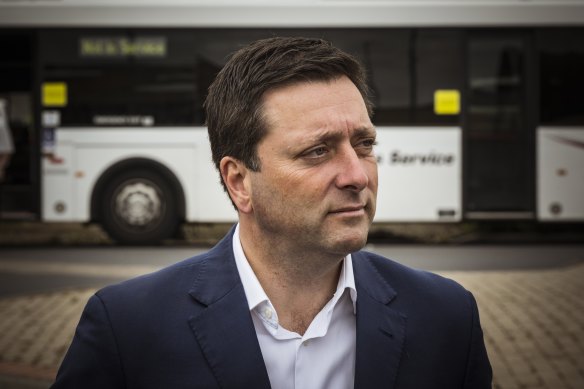 Andrews sank a pot of beer with outgoing local member and former health minister Martin Foley, and candidate Nina Taylor, who has moved from the upper house, along with locals keen for selfies.

“Tell you what, the beer’s alright,” Andrews said on his way out.

The Victorian Coalition, meanwhile, committed $160 million over four years to improve the state’s bus network, which experts said was in dire need of extra funding.

“We’ve got plenty of public transport deserts in Victoria and this is addressing some of those shortcomings,” O’Brien said.

Guy said the state had the rolling stock capacity to expand the services. If elected on November 26, he said a Coalition government would work with Bus Association Victoria and service providers to identify where the new routes should be established and which existing routes would be expanded.

“Buses often get forgotten when it comes to public transport upgrades, but they’re certainly in dire need of more funding,” he said.

04/11/2022 Lifestyle Comments Off on From funds to fur babies: Andrews dogged by hecklers on day three of campaign
Lifestyle