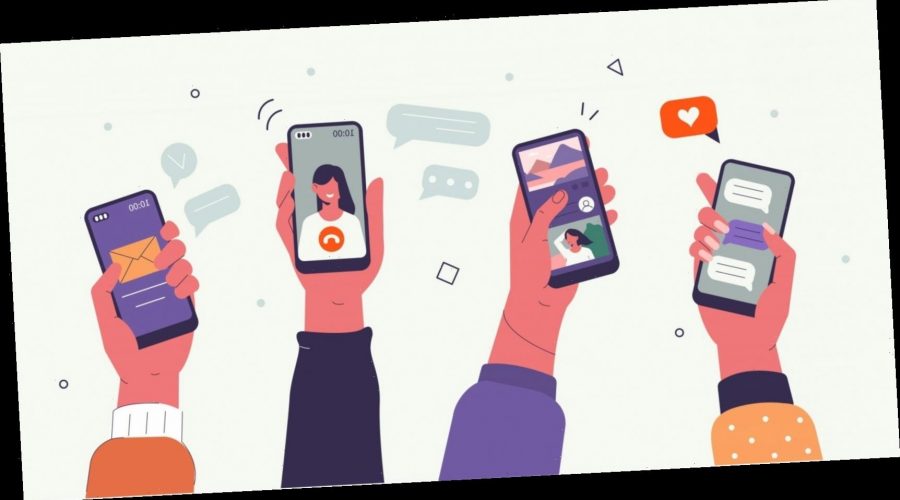 From a giant lasagne in Wembley stadium to Jackie Weaver and Handforth Parish Council, here are eight of the best social media moments from the last year in lockdown.

If I were to pick one word to describe the last year, it would have to be ‘chaotic’.

As we approach the one-year anniversary of the UK’s first lockdown, it feels almost unbelievable how much has happened over the last year.

Despite the impact of working from home and ongoing lockdown restrictions making it hard to do much of anything over the last 12 months, the whirlwind of news coverage, social media reactions and questionable trends have given us plenty to turn our attention to.

And while in normal times you might not have been so obsessed with banana bread or found yourself laughing quite so hard at the antics of Jackie Weaver, these moments have become landmarks of the unprecedented and confusing time we’ve been through.

So, to mark the one-year anniversary of Boris Johnson’s stark “stay at home” message, we’re looking back at all the weird, wonderful and questionable moments which have trended on social media since March 2020. Enjoy!

When news of a giant lasagne took over social media

We’re cheating a little bit here (this actually happened in the week before the first lockdown), but it’s just so brilliant we couldn’t not include it.

In a parody of all the coronavirus misinformation and fake news that were going around on WhatsApp at the time (you know, the ones about how if you left your house the police would track your phone and fine you), Billy McLean made an audio recording detailing a top-secret government plan to fight the virus – and the result was bloody brilliant.

“Also, just so you know, my sister, her boyfriend’s brother works for the Ministry of Defence and one of the things that they’re doing to prepare… is building a massive lasagne,” he said. “At the moment, as we speak, they’re building the massive lasagne sheets.”

The voice note continued: “They’re putting the underground heating at Wembley on, that’s going to bake the lasagne, and then they’re putting the roof across and that’s going to recreate the oven, and then what they’re going to do is lift it up with drones and cut off little portions and drop them into people’s houses just to make sure everyone’s eating still and no one dies – which is obviously quite sensible.”

When we became obsessed with people’s Zoom backgrounds

Say what you want about Zoom, but being able to have a nose around people’s homes (albeit, the very small crop you see in the back of their screen) has been an unexpected gift of the pandemic.

Which other time in human history would we be blessed with this kind of quality content?

When TikTok became a thing

TikTok was definitely a thing before the pandemic, but it became next-level popular among people of all ages during the UK’s first lockdown.

Whether you tried out the ‘renegade,’ joined purely for the dog content or found yourself trying (and failing) the various ‘beauty hacks’ shared on the platform, TikTok was there in the most boring of moments – and for that, we were grateful.

When people baked so much there was a flour shortage

As anyone who tried to get their hands on flour or yeast during the first lockdown will know, everyone very quickly became obsessed with baking their own bread.

Getting your hands on these usually very common ingredients was akin to finding gold – no matter which supermarket you visited, chances are their shelves had been ransacked.

And the trend took over social media, too. Scrolling through Instagram in April and May, it was hard to go three or four posts before another banana bread or a perfectly formed loaf of sourdough popped up on screen.

When clapping became a national sport

In what one might call typical British fashion, the ‘clap for carers’ event on a Thursday night, which was organised to pay tribute to the UK’s key workers, quickly became a competition to see who could take it the furthest. Before long, hands were swapped for pots, pans and the occasional bagpipe, as households competed to see who could make the most noise.

The only salvation to the chaos that was Thursdays? The memes. Comedian Will Hislop became particularly well-known for his videos, in which he played an ‘aunt’ figure whose judgmental comments about the people on her street had us all laughing our heads off.

I’d hate to hazard a guess at how many times I’ve watched the above video, but let’s just say… a lot.

When Normal People aired at the end of April last year, the internet very quickly became obsessed with the chain Paul Mescal’s character Connell wears around his neck.

Stylist’s very own Billie Bhatia even set up an Instagram account in honour of the iconic piece of jewellery which quickly went viral. To this day, @connellschain has 174,000 followers – and counting.

Working from home with young children isn’t easy – especially when said child decides to walk in on you during an interview on national television.

Over the last year, two clips have gone viral – one, where Sky correspondent Deborah Haynes was forced to give in to her son’s pleas for ‘two biscuits’ while discussing developments in Hong Kong, and the other, when Dr Clare Wenham’s daughter Scarlett appeared during her interview on BBC News to ask where her picture should go on the shelf.

Not only were these moments a reminder of the chaos that is working from home, but they were also seriously adorable and hilarious to watch.

Last but certainly not least, we couldn’t finish this list without including the icon that is Jackie Weaver.

If you’d told me at the beginning of all this that one of the highlights of my year would be watching a grainy recording of a Handforth Parish Council meeting, I probably wouldn’t have believed you. But when footage of Jackie Weaver kicking chairman Brian Tolver out of the council’s Zoom meeting was posted online in February, it quickly went viral.

“If you disrupt this meeting, I will have to remove you from it,” Weaver tells the council’s members, including a rather angry man whose screen name reads ‘Aled’s iPad’.

“It’s only the chairman who can remove people from a meeting,” Tolver responds. “You have no authority here Jackie Weaver, no authority at all.”

Of course, Weaver is taking none of it and kicks Tolver out of the meeting, only to be met with Aled’s blistering rage. Simply iconic.

22/03/2021 Lifestyle Comments Off on From Jackie Weaver to a giant lasagne, 8 standout social media moments from a year in lockdown
Lifestyle