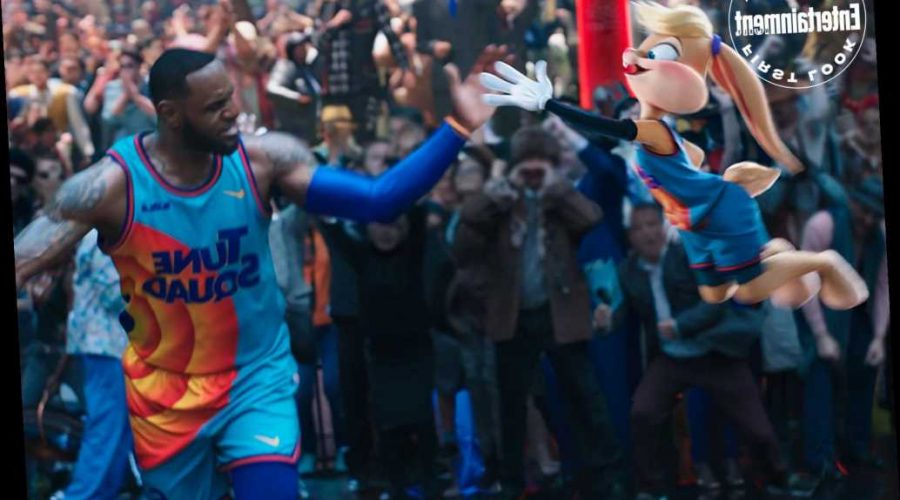 Everybody get up, it's time to slam now.

LeBron James fans are getting a first look at the upcoming Space Jam reboot starring the Los Angeles Lakers player, who is taking over for Michael Jordan. Entertainment Weekly released initial images from the movie, due out in July.

The original 1996, animated and live-action movie followed Jordan as he helped the Looney Tunes win a basketball game against a group of alien bullies.

In Space Jam: A New Legacy, James' onscreen son Dom's tech skills get him and the athlete sucked into an entertainment server by a CGI humanoid, who wants to steal some of James' social media followers. To escape from the virtual world in which they're trapped, James gathers the Looney Tunes for — what else? A basketball game. "It's one of the biggest games, if not the biggest game, I've ever played in," James, 36, told EW. "The Goon Squad is probably the best team ever assembled in basketball history." James, who hilariously portrayed himself in 2015's Trainwreck, told the outlet that he was first approached about a Space Jam reboot 15 years ago but "didn't think I was ready to do anything of that magnitude."

Sharing the photos from the EW cover story, James wrote of the upcoming movie on Instagram, "Y'ALL NOT READY FOR THIS SQUAD!!!"

When the upcoming film was first announced in 2018, James opened up to The Hollywood Reporter about went it meant to him to be part of the project.

04/03/2021 Lifestyle Comments Off on Get a First Look at LeBron James in Space Jam: A New Legacy: The 'Best Team Ever Assembled'
Lifestyle