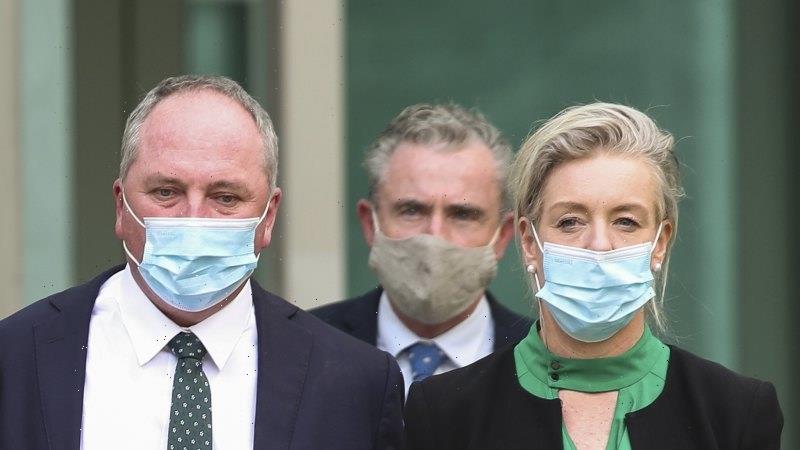 Earlier this month, when Nationals Senate leader Bridget McKenzie was asked why the party wasn’t moving with the rest of the nation on the need to reach net zero emissions by 2050, her answer wasn’t about climate.

Harking back to the Murray-Darling Basin Plan and the sale of Telstra, she said: “There have been promises out of Canberra of perceived opportunities that haven’t been realised.

“The lived experience of people out there in the regions isn’t what was promised prior to those decisions being made.”

The basin plan and Telstra are just two from a laundry list of grievances driving perceptions that the junior Coalition partner is exactly that when it comes to setting policy: Separating land from water titles to create an irrigation market; regional council amalgamations; privatisation of Australia’s single desk wheat marketing; cancelling agriculture extension services and the Howard government’s support for land clearing bans are also on there.

The future of coal mining under net zero could soon be added.

Party elder Jenny Gardiner, who represented the Nationals in the NSW upper house for 15 years, said rural politicians worry about how decisions will be remembered. 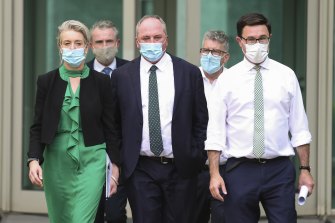 The Nationals fear for their prospects federally and their unity nationally if they take a big step on climate change.Credit:Alex Ellinghausen

“People have got long memories, probably even across generations. Whether that inhibits some people from moving on from those things, I guess, is the big question,” says Gardiner, the first woman to become general secretary of the NSW Nationals, working in the role for seven years.

Whenever the Coalition government imposes a policy that impacts people in the bush, it threatens the Nationals’ survival in regional electorates at the federal level. But this time around there is an additional problem: the push for greater climate action from the party’s NSW, Victorian and Western Australian branches.

The Prime Minister has made it clear he wants the Nationals’ endorsement. But their party room, which was not privy to key policy documents until Sunday, is still debating its collective position and a decision may be dragged into a second week.

Media attention has focused on fears expressed by federal Nationals MPs that decarbonising the economy will hurt coal and gas workers located largely in their three Queensland electorates and Gippsland in Victoria, as well as the Labor-held Hunter in NSW. 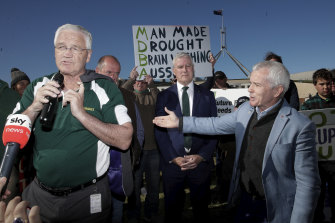 But the Nationals will be nervous about the divergent views from all 16 of their lower house seats across Australia. Many of their voters want stronger climate action. But along with Morrison they campaigned hard against Labor’s ambitious emissions reduction targets at the 2019 election and delivered a strong result, retaining all 16 of those seats. They’ll remember Labor MP Joel Fitzgibbon, the member for Hunter, copped a 14 per cent primary vote swing against him and just held on under a pro-coal challenge from One Nation.

The Nationals also copped an electoral backlash at state level after endorsing Liberal policies that went down like a lead balloon in the bush. Former NSW premier Mike Baird’s Coalition government banned greyhound racing (then quickly rescinded the move after a backlash) and pushed through heated regional opposition to impose council amalgamations across the state.

The Nationals are still dealing with the fallout, which to date has contributed to them losing six seats and the rise of a challenger – the Shooters, Fishers and Farmers Party – that picked up three of them.

Nevertheless, most of the 21-member party room are open to a net-zero deal with the Liberals. After all, the big miners and gas producers are on board, as are industry groups. The farm lobby has led the way on climate commitments and most, but not all, farmers and rural residents agree.

Details remain under wraps as deliberations drag on. It’s understood the Nationals are demanding the net zero policy includes a caveat so moves to reduce emissions can be paused, subject to assessment of economic impacts. They’re also demanding reforms so agriculture can benefit from emissions reductions with new carbon farming and environment stewardship schemes.

Deputy Nationals leader David Littleproud, who is leading the push for big agricultural incentives, declared the Nationals are “the last line of defence for regional Australia” and said the “practical reality” would be coal and gas industries would continue beyond 2040, bolstered by carbon capture and storage technology that still needs to be proven at commercial scale.

A wave of deregulation starting in the 1980s opened agriculture to global capital and trade, a necessary move with 70 per cent of produce heading overseas, but one which also spurred growing corporatisation and pressure on family farmers. Market forces, mechanisation and foreign capital have reduced employment in country towns and the Nationals are the lightning rod for the resulting anger. 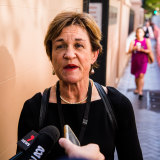 First-term NSW MP Helen Dalton, an irrigator in the Murrumbidgee Irrigation District and former Nationals voter, won the formerly safe seat of Murray in 2019. She harnessed disenchantment with the Nationals which is also driven by federal reforms started under the Howard government to recover water rights from irrigators for the environment.

Dalton claimed farmers had been dudded under the Murray-Darling Basin Plan and that the Nationals owned the result because the party had voted for it in Canberra and the NSW Coalition was implementing it in her state.

It’s easier for an independent or minor-party candidate to unseat a sitting MP at a state election. However, as the federal Nationals double down on heavy industry, they risk losing common ground with voters in southern seats, Gardiner says.

“Federally you’ve got this obvious situation with Queenslanders in the so-called Nationals but they’re actually part of a different entity, the [Liberal National Party]. Being so intransigent, it’s a bit of a throwback that seems to me to the Joh Bjelke-Petersen era.

Gardiner says a positive policy on net zero is crucial to hold the party together, and argues the outright opposition to net zero from federal Nationals Keith Pitt, George Christensen and Matt Canavan is a “geographic problem that NSW and Victoria has to deal with”.

The culture clash is driven by powerful forces, with the Queensland Liberal National Party’s strong performance in the 2019 poll a crucial factor in the Coalition’s election win.

But the Victorian Nationals have embraced climate action, promoting its jobs potential. In July their leader, Peter Walsh, and his deputy Steph Ryan sought to disaffiliate from the federal branch but were voted down.

Former NSW Nationals leader John Barilaro said last year that his government’s commitment to decarbonise the economy by 2050 would mean the end of mining and agriculture. But last month he endorsed a far more ambitious goal than net zero by 2050, committing to halve the state’s emissions as soon as 2030. 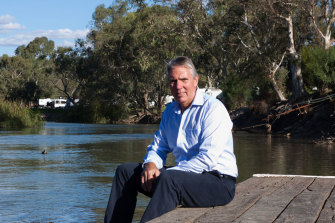 Peter Walsh, leader of the Victorian Nationals, made an unsuccessful bid to detach his branch from the federal party.Credit: peterwalsh.org.au

NSW is spruiking a renewable energy zone in the New England electorate of federal Nationals leader Barnaby Joyce, which it says will drive $10 billion of investment into the regional economy. But when pressed in parliament by Labor climate change and energy spokesman Chris Bowen this week on the potential for job creation from renewables, Joyce poured cold water on the prospects.

“I actually disagree with him fervently that wind farms create thousands of jobs in New England,” he said.

Gardiner can’t remember such a big policy division between the state and federal Nationals and is “not quite sure that that’s sustainable”.

“The federal parliamentary party is where the rubber hits the road, and it’s a really interesting dichotomy. It seems pretty obvious to me you can’t have that much of a chasm between all these different units in the party for it to actually survive in its current form.”

22/10/2021 Lifestyle Comments Off on Getting burnt: The Nationals worry about voters with long memories
Lifestyle