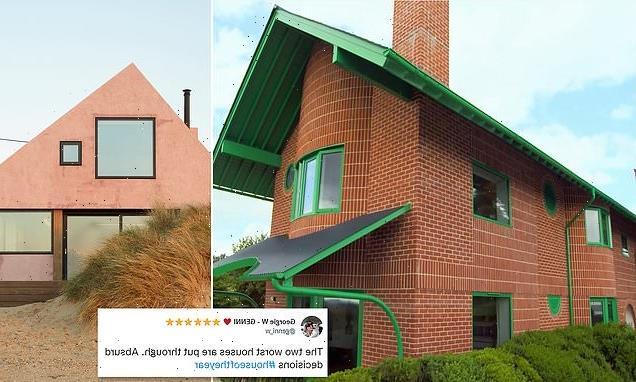 Viewers of Grand Designs House of the Year have slammed judges for their ‘absurd’ decisions in the two innovative homes shortlisted for this year’s competition.

After beach paradise Sea Breeze in East Sussex and modern art-inspired Red House in Dorset were shortlisted for the final seven in this year’s competition at the end of last night’s episode, disgruntled viewers took to Twitter to criticise the decision.

Viewers complained the judging panel from the Royal Institute of British Architects had chosen ‘a holiday home and a monstrosity’ to be put on the shortlist, and argued the houses chosen weren’t that innovative at all.

At the beginning of last night’s episode which aired on Channel 4 at 9pm, presenter Michelle Ogundehin visited Sea Breeze, described as a ‘pink fondant fancy’, which was built on sand on the East Sussex coast. 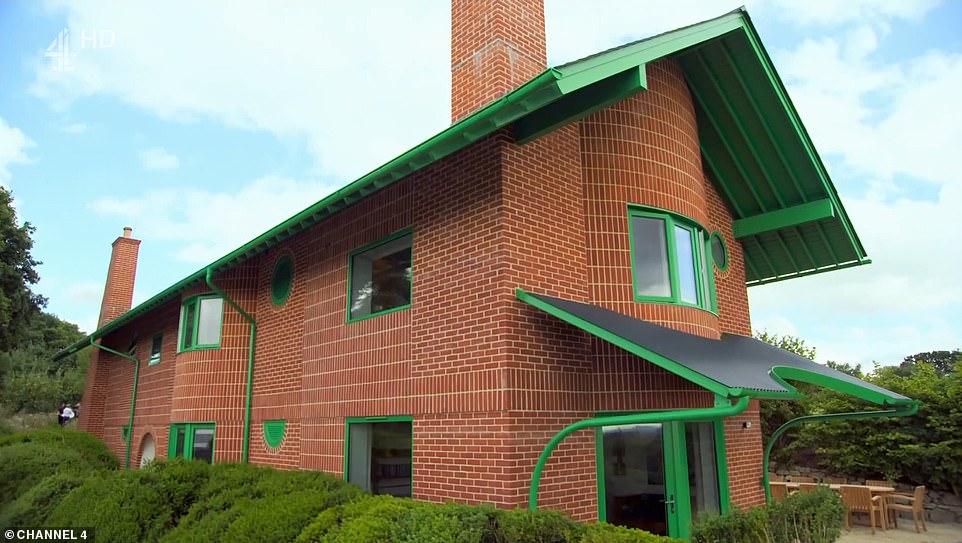 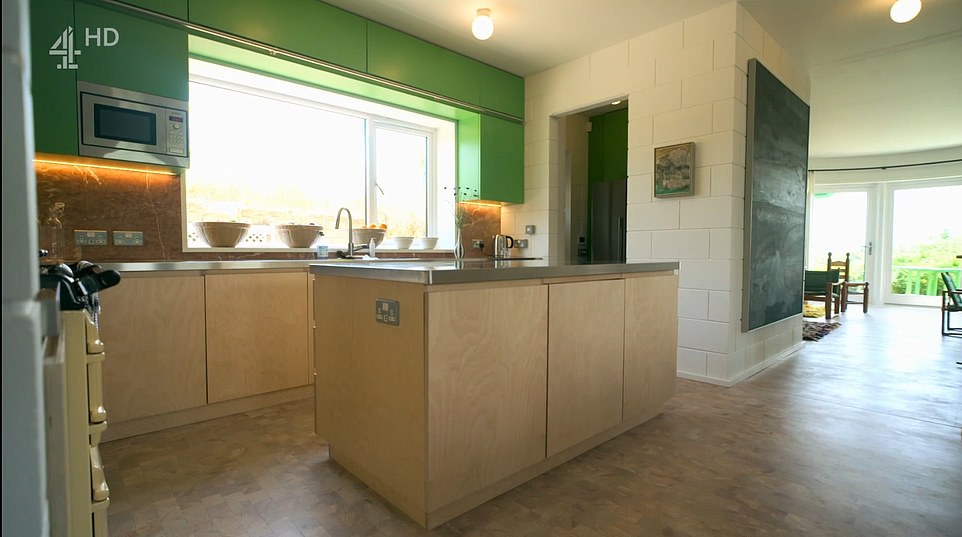 The Red House was built with accessibility in mind and, despite its outlandish exterior, has a fairly modest living and kitchen space 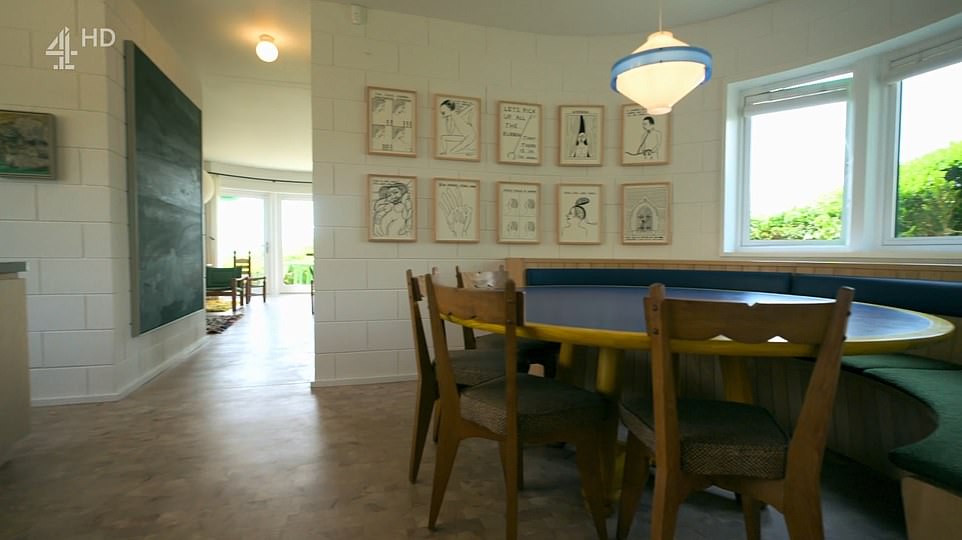 The inside of The Red House, which was designed as an ode to modern art, is lined with white concrete blocks and wooden floors 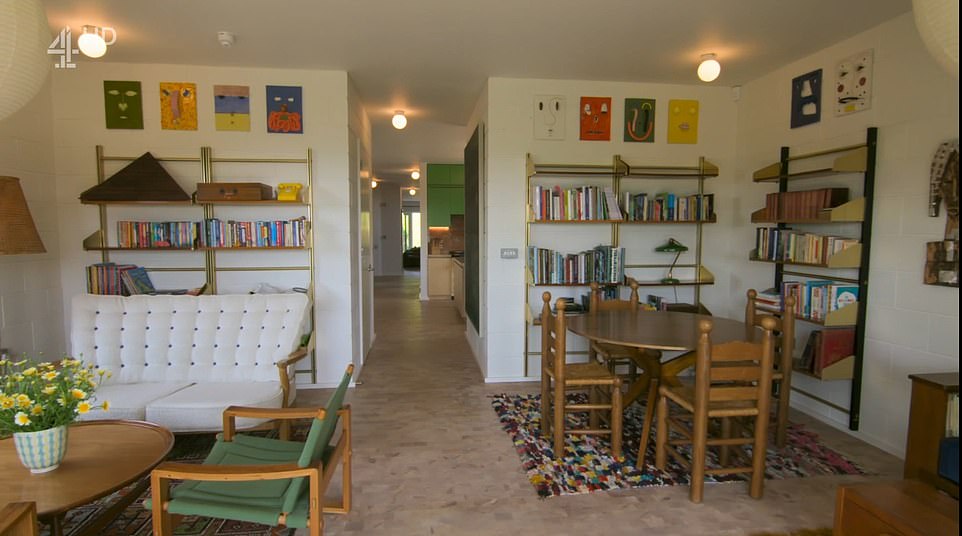 The Red House is designed to be open plan throughout with no doors, but still maintains privacy with the arrangement of its rooms 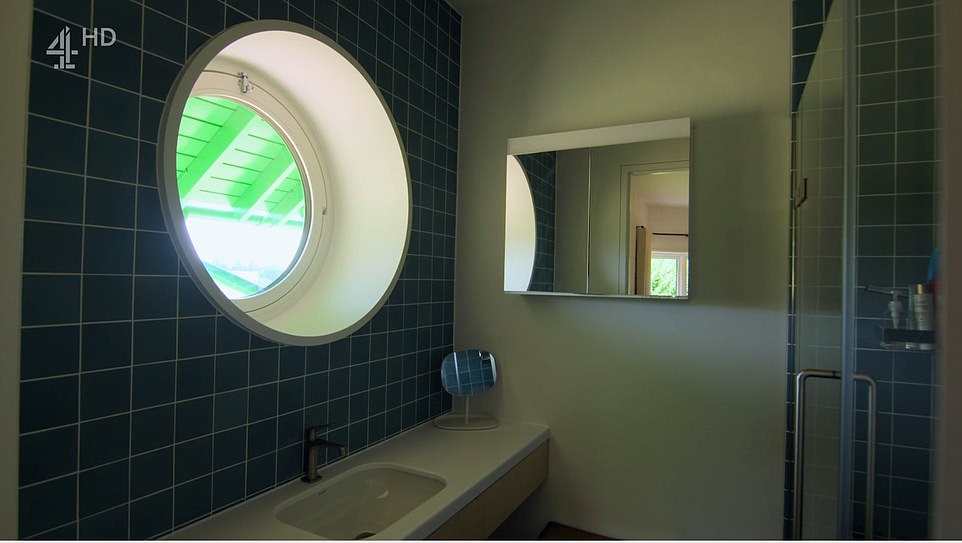 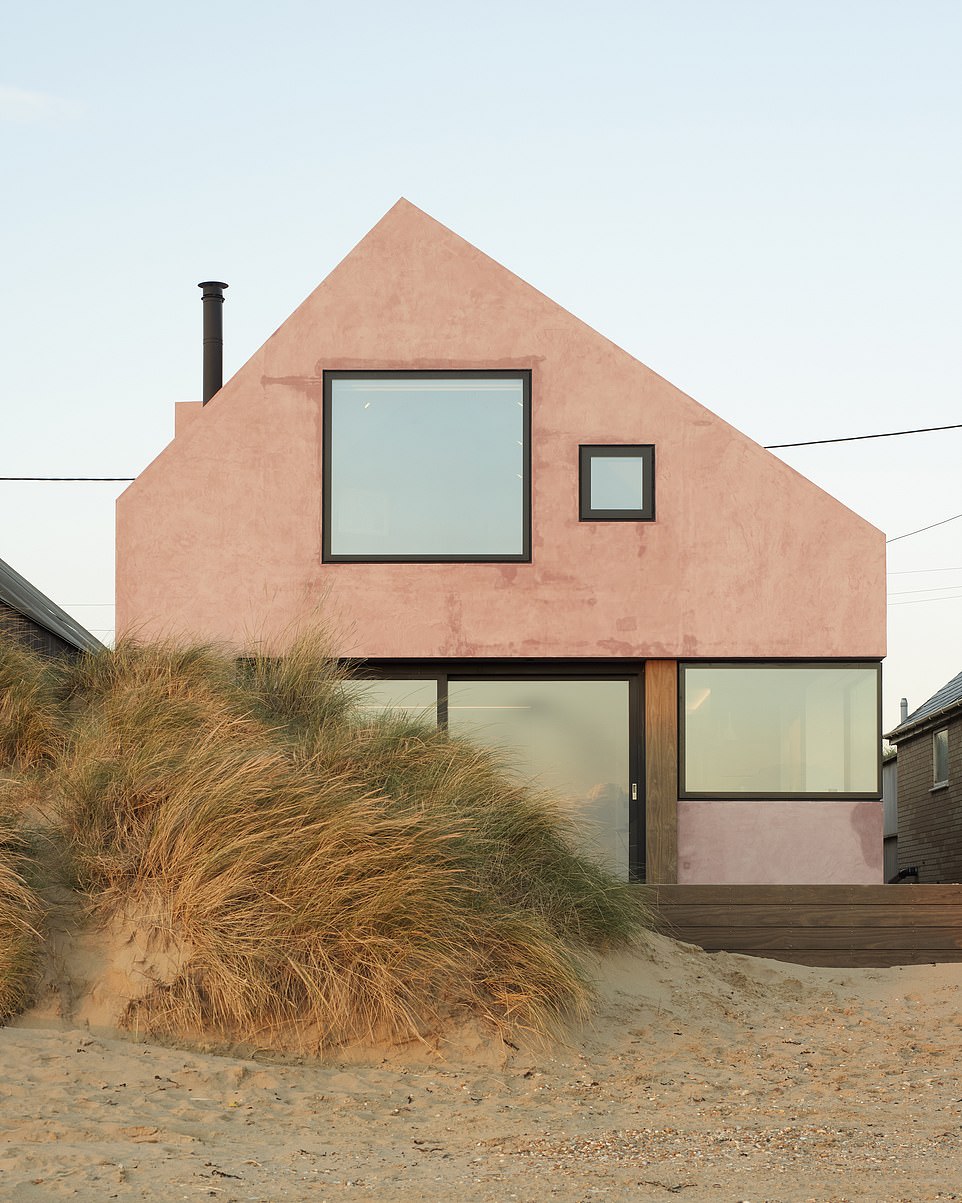 The architect of Sea Breeze, Rob Pollard, told Michelle about how he and the contractors had managed to complete the tricky project.

He said: ‘We had to build a scaffolding structure around the whole thing and effectively enclose the building site so we put a roof over it and we wrapped the whole thing.’

The finished house, painted candy-floss pink, has been covered in microfibre concrete which is hard-wearing, to stop sand from coming in.

Rob also explained the house has been designed without windowsills or ledges which could attract sand into the nooks and crannies of the building, causing damage over time.

As he led Michelle through the one-and-a-half-storey house, Rob explained the home had been triple-glazed so it was completely silent inside, despite waves crashing on the shore outside.

The house contains an open plan kitchen, living and dining area on the ground floor which has been kitted out with wooden panels. 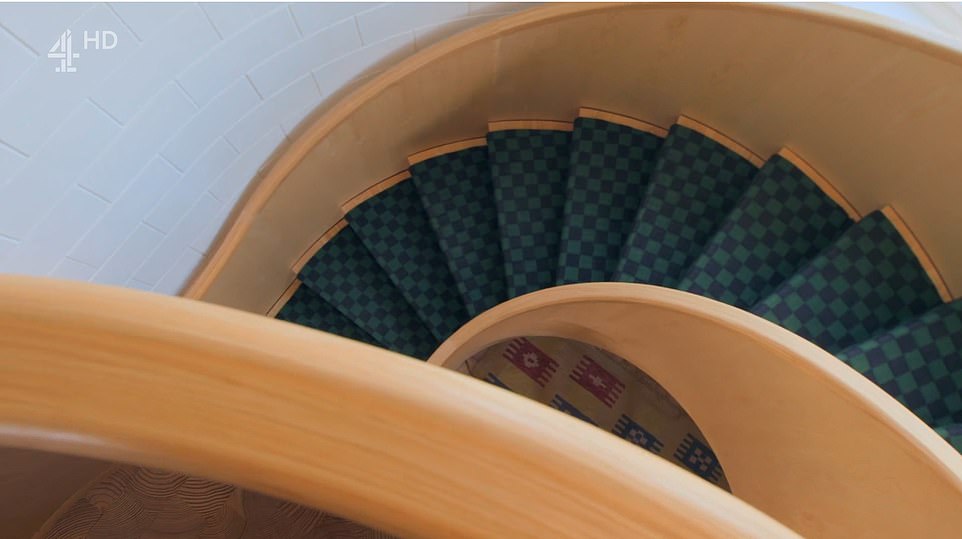 Inside The Red House there is a spiral staircase, which owner Andrew said was the most complicated thing the joiner had ever made 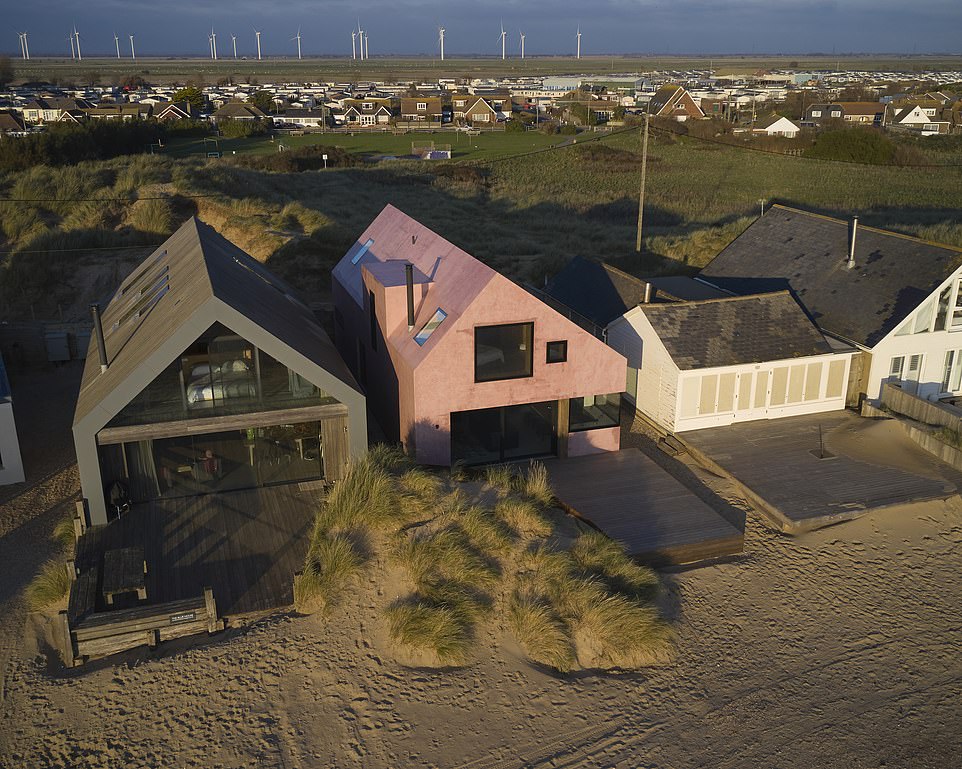 The pink paradise sits between other, less colourful beach huts on the shoreline in East Sussex and took 18 months to construct

An ocean-fronted house with a stunning view of the East-Sussex sea, called Sea Breeze, has been longlisted for RIBA’s House of the Year, which is being previewed by Grand Designs 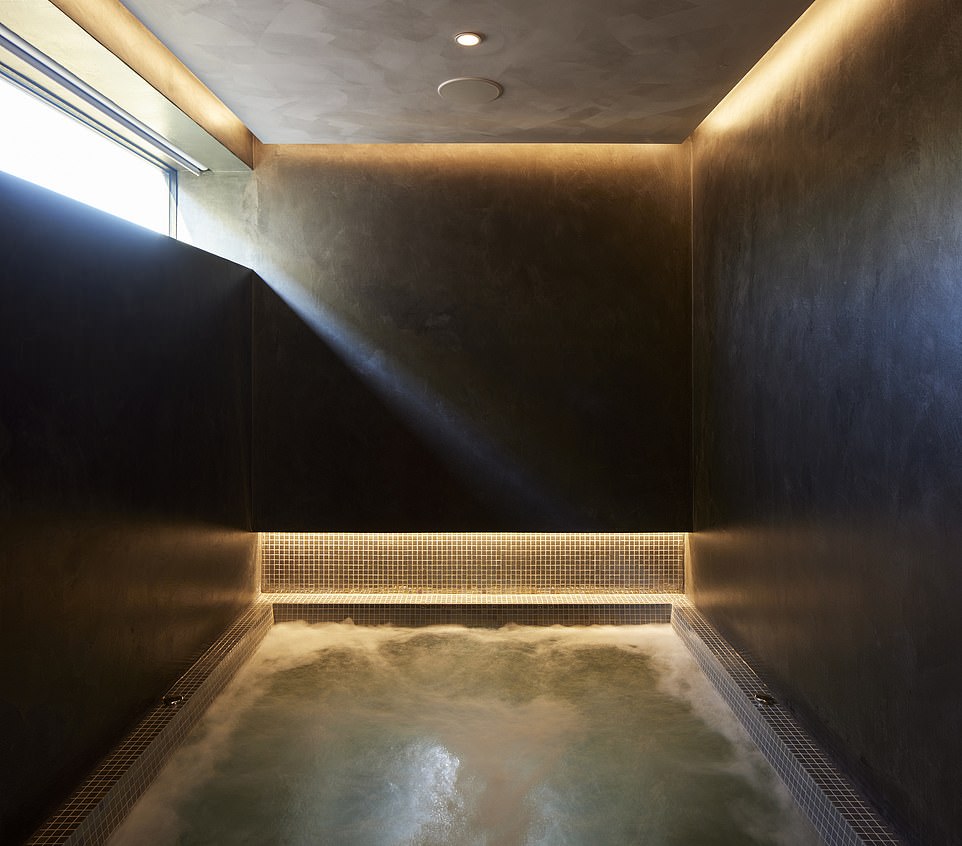 Tucked away in the ground floor of the house is a luxury spa, complete with a hot tub (pictured) a sauna and a steam room

Looking out onto the sea, it opens up with French doors onto decking with sand underneath and has a wraparound window in the corner for another angled view of the shoreline.

Tucked away at the back of the house is a luxury spa, complete with a steam room, sauna and Jacuzzi.

Although some viewers were impressed by the house, they criticised it for not being the owner, Sophie’s main home, instead serving as a holiday home, arguing it’s ‘not a home’ at all.

Other viewers took issue with the design itself, branding it ‘unremarkable’ and suggesting it looked just like the other beach houses alongside it.

As Damion visited The Red House in Dorset, he met with owner Andrew who said he wanted to create a ‘playful’ design with thousands of red bricks shooting off in different directions and bright green frames.

‘The patterning on the bricks, the alternation of the different sections provides an extra level of interest and that was extremely difficult to execute,’ he told Damion. 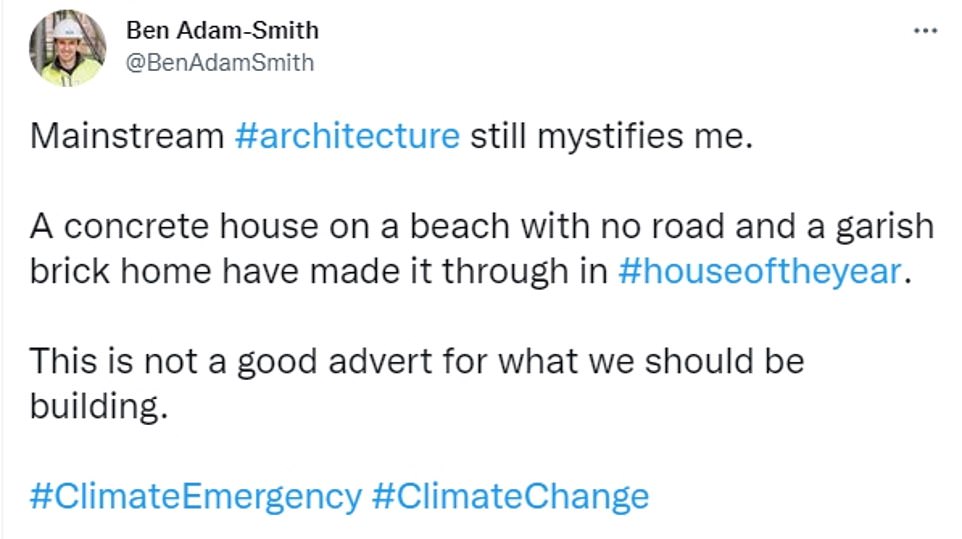 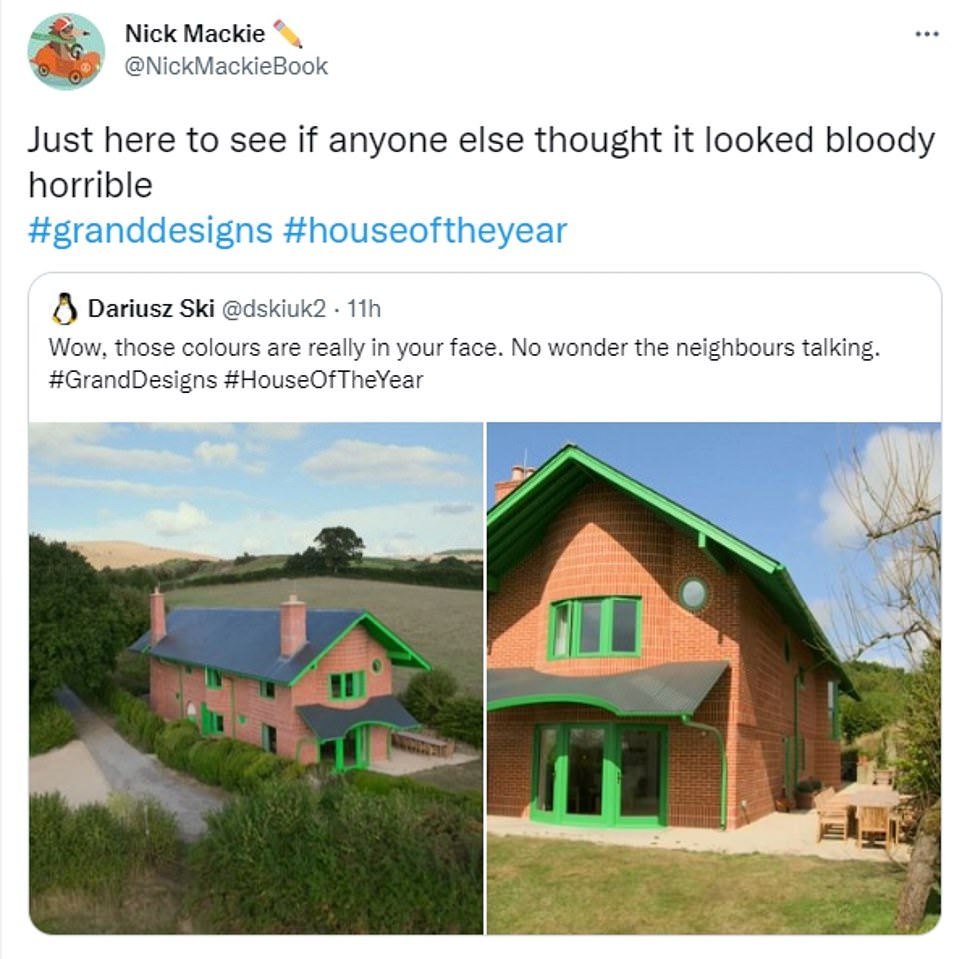 Inside the house there is a swirling wooden and carpeted staircase, which Andrew said was the most complicated thing the joiner had ever put together.

Although in its interior the house looks somewhat ordinary, Andrew pointed out the whole house had been designed with accessibility in mind, from the placement of the light switches to the lack of doors, and even a lift.

He revealed: ‘Both my parents died from different degenerative neurological illnesses. It’s all just designed to make it more suitable for accessible living.’

Although judges recognised The Red House for its eccentric appearance and accessibility, viewers weren’t so impressed by its majesty.

One person took to Twitter to brand it a ‘monstrosity’ while another said it looked ‘hideous’.

One viewer wrote: ‘Mainstream architecture still mystifies me. A concrete house on a beach with no road and a garish brick home have made it through on House of the Year.’

He used the hashtags #climateemergency and #climatechange suggesting he preferred to see energy saving homes shortlisted.

However, not all viewers were disappointed with the judges’ choices, and took to Twitter to praise them for the shortlisted houses.